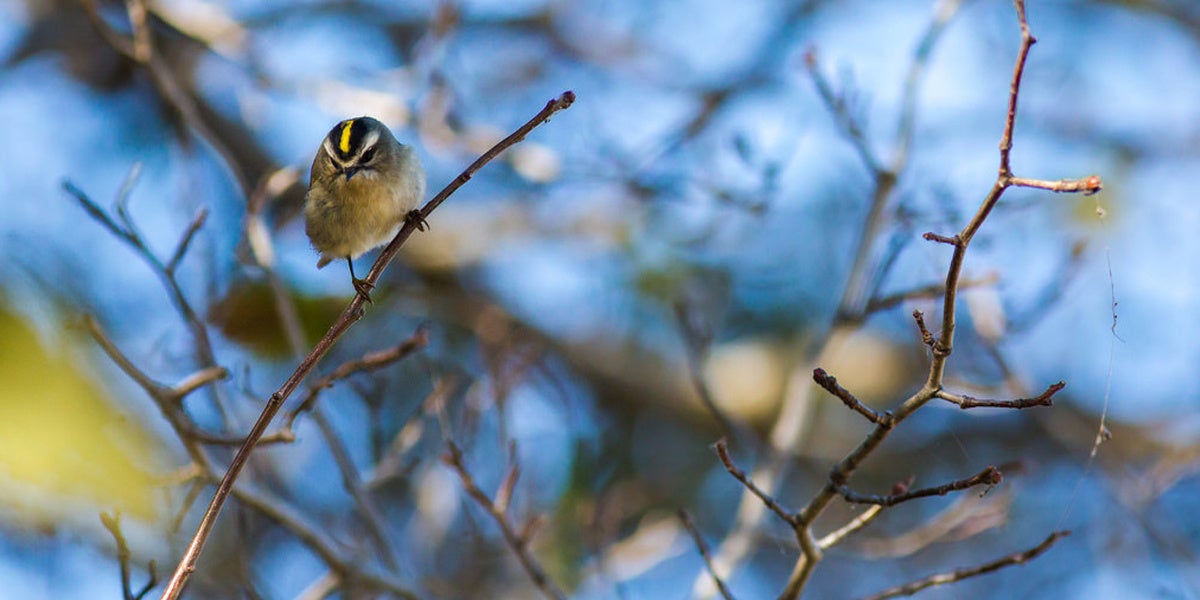 A neighbor knocked on Rick Burgess’s door at about 9:30 p.m. to tell him a fire was coming towards his home in Ventura, California. When he looked outside he saw a column of smoke, and the hills were already starting to turn orange. He loaded up his truck with a collection of native plants he was using to write a countywide plant guide, and barely had enough time to get out.

“Shortly thereafter the lights went out,” he said. “Then the engine came around and on the loud speaker said you must evacuate.” 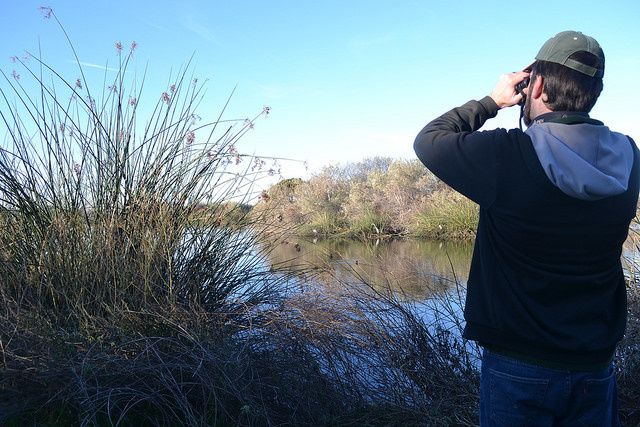 Frank DeMartino—who runs a shop in Ventura that sells bird feeders and birdseed—has organized the last three counts in Ventura. He started the 2017 Christmas Bird Count in Ventura harbor.Matt Blois

Burgess and his wife drove to a friend’s house in a different part of town. The first night, they just wanted to know that their home was safe, and thankfully it was. The Thomas Fire burned many of their neighbors’ homes that night, but their cul-de-sac was spared. Burgess spent the two weeks following the fire living at a friend’s house, organizing the northern sector of Ventura’s annual Christmas Bird Count.

The count in Ventura was originally scheduled for Dec. 17, 2017 but the Thomas Fire—now the largest ever recorded in California—burned more than half of the survey area, and organizers had to postpone it until Dec. 30, 2017 because they couldn’t get to many of the those areas.

For the first few weeks of December, smoke filled the Ojai Valley where Burgess leads a count, and fire crews had taken over the Lake Casitas Campground where groups normally search for birds by boat. Even weeks after the worst of the fire had passed, the city of Ventura wouldn’t let the birders into several parks damaged by the fire. While the fire made it difficult to organize the count, surveying birds immediately after the fire also presented a unique opportunity.

With nearly four decades of Christmas Bird Count data from Ventura, scientists will be able to compare this year’s observations with historical data to understand how birds respond to fire. While the fire was devastating for the people who lost their homes, many species of wildlife in Southern California are adapted to live with fire and in some cases take advantage of it. For scientists, it can be difficult to find funding for research immediately following a fire, but citizen scientists like the volunteers at the Christmas Bird Count can fill that gap.

Every year since 1900 bird lovers across the U.S. have ventured out into their communities around Christmas to count birds, reporting their observations to the Audubon Society so that scientists can use the data. Birdwatchers in Ventura started collecting data in 1980.

This year, Frank DeMartino—who has organized the last three counts in Ventura—started at the Ventura harbor. DeMartino runs a shop in Ventura that sells bird feeders and birdseed. About 10 others showed up to help count.

The Thomas Fire was still burning in parts of the Los Padres National Forest on the count day, but near the beach there were few obvious signs of it. Instead of looking for clues about the fire in burn areas, DeMartino looked for birds.

He spotted a small, grey bird flitting through the branches of a tree near a freshwater pond. It had a dark black eyebrow and a yellow stripe on top of its head. Much to his delight, it was a species he had only seen once before, a golden crowned kinglet. “These birds are usually in the mountains,” DeMartino said. “You can draw whatever conclusions you like from that.”

While it’s hard to find a pattern in one unusual bird, DeMartino said it’s possible that some of the species that normally live in the hills above Ventura have temporarily moved to the unburned areas in town. He made a special effort this year to get more people to count birds in their backyards because he suspected that’s where many displaced birds might have gone.

Mark Mendelsohn, a biologist for Mountains Restoration Trust who works closely with the National Parks Service in Southern California, said birds likely did flee to urban areas or islands of vegetation within the burn. “Obviously, the ones that can will often fly away,” he said. “Wildlife—including birds—kind of hunker down or take refuge in those unburned areas.” He said fires don’t generally kill birds directly because they can usually escape the flames. It’s when the birds start returning to burned areas that fires really start to affect them.

Mendelsohn had published a study in the journal Fire Ecology in 2008 showing that changes in vegetation following a fire can affect which species inhabit a burn area. The study found that for several sites near San Diego the diversity of bird species stayed about the same following a large fire, and in one area diversity actually increased. However, the fires did reduce shrub and tree cover in two types of shrub habitat, opening up a landscape that was previously covered with vegetation.

However, getting this kind of information immediately following a fire can be difficult, Mendelsohn’s study, for instance, used bird survey data collected before the fires, but the researchers didn’t survey birds again until about 18 months after the fire.

Marti Witter, a fire scientist with the National Parks Service in Southern California, said it’s hard for scientists to start a study right after a fire because they can’t plan for it ahead of time. When they start a new project, scientists normally need to apply for grants and design experiments. By they time the study starts, much of the interesting data has already come and gone.

“Some of the best studies have data starting a year after, a year and a half after,” she said. “People are not going out and doing surveys immediately post fire … You’re missing the manpower and research infrastructure to go out and do it in those first few months.”

Witter said that’s where citizen scientists, like the birders from the Christmas Bird Count, can step in. Citizen scientists don’t need to wait for grants, they can start studying the effects of fire as soon as it’s safe.

At the end of the Christmas Bird Count in Ventura, all the birders gathered at a church near the edge of the burn area. Everyone brought some food, and there were ice chests with beer and wine. Volunteers sat around folding tables telling war stories while they ate dinner. Eventually, Frank DeMartino called for everyone’s attention towards the front of the room. He started reading off the names of all the bird species in the county. Participants shouted out if they had seen the bird that day, and DeMartino checked off the species they found. He tallied 172 species, more than many were expecting given the low turnout after the fire.

In many ways it wasn’t that different from any other year. The most notable observation was DeMartino’s sighting of the golden crowned kinglet, but in general volunteers found the same species they normally do.

While the Thomas fire destroyed hundreds of homes, and killed a firefighter, most of the birds had apparently kept on living. They flew out of harm’s way into unburned patches of forest or into backyards in Ventura County. As the vegetation starts to regenerate, they’ll slowly return to the hills they normally inhabit where another group of birders will find them in a future Christmas Bird Count.