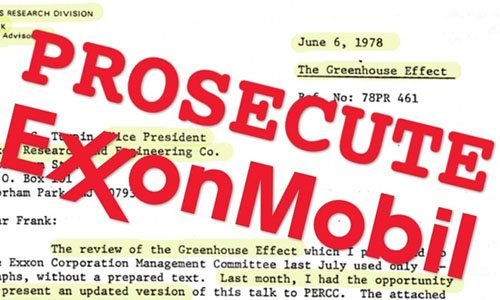 California’s attorney general has joined New York state in investigating Exxon Mobil’s decades-long climate change cover-up, probing what it knew about global warming, as well as what—and when—the oil giant disclosed to its shareholders and the public, according to the LA Times on Wednesday.

According to “a person close to the investigation,” the office of Attorney General Kamala Harris is looking into “whether ExxonMobil Corp. repeatedly lied to the public and its shareholders about the risk to its business from climate change—and whether such actions could amount to securities fraud and violations of environmental laws,” the Times writes. 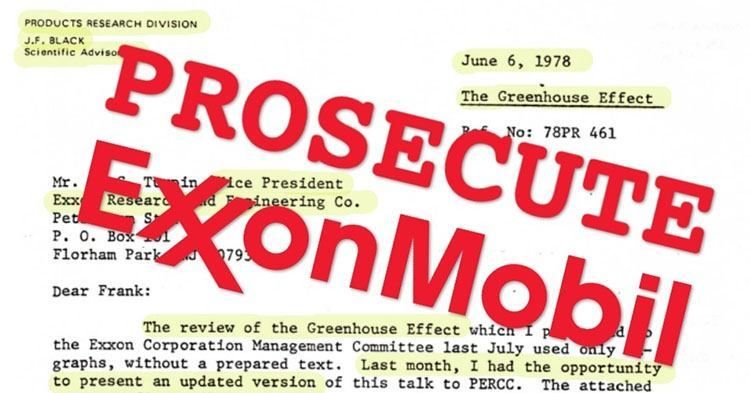 Climate justice groups, along with several current and former U.S. lawmakers and presidential candidates, have called for a Department of Justice investigation into “what Exxon knew.” Photo credit: Credo

Reporting in the fall of 2015 revealed that Exxon scientists and management knew since the late 1970s that the company’s product was helping drive catastrophic global warming and responded by spending millions to disseminate disinformation and fund climate denial campaigns. Environmentalist and 350.org co-founder Bill McKibben has described it as “the most consequential lie in human history.”

Climate justice groups, along with several current and former U.S. lawmakers and presidential candidates, have called for a Department of Justice investigation into “what Exxon knew.”

And in November, New York Attorney General Eric Schneiderman catapulted ‘Exxon Knew’ into “the category of truly serious scandals,” as McKibben put it, by issuing the corporation an 18-page subpoena seeking four decades of documents, research findings and communications related to climate change.

“New York has taken the first step, now other Attorneys General should follow suit to protect the rights of the American people against big polluters from lying to them about climate change and its impacts on our communities,” Greenpeace USA executive director Annie Leonard said at the time.

It seems Harris has heeded that call. While the Times reports that it “is unclear what approach Harris intends to take in California’s investigation,” it adds that her office is “casting a wide net and looking at a variety of issues, according to the person familiar with the matter.”

Union of Concerned Scientists President Ken Kimmel, meanwhile, praised the development as “the latest in a growing movement to uncover the truth, supported by members of Congress, presidential candidates, a former Department of Justice attorney and more than 60 leaders of major environmental, social justice and Indigenous people’s organizations.”

The news comes on the heels of a unanimous vote last week by the Los Angeles County Democratic Party—California’s largest Democratic organization—to pass a resolution urging Harris “to investigate Exxon Mobil and fellow fossil fuel companies for potential breaches of California law based on their 1970s-era research into the science of climate change, then pouring millions into manufacturing doubt and denial of climate science.”

U.S. Rep. Ted Lieu (D-Calif.), who has led the charge for Exxon probes, told the Times he hopes the decision by Harris, representing a state with the eighth-largest economy in the world, will prompt other states and the Justice Department to investigate.

“I think this action will be taken very seriously by Exxon Mobil,” Lieu said.

McKibben echoed Lieu’s hope in a statement on Wednesday. “California’s action means that the world’s eighth largest economy is now probing the world’s richest fossil fuel company for lying about the greatest problem the planet ever faced,” he said. “I’d say this means this scandal isn’t going away.”

“With the climate changing at the pace it is,” he added, “we can’t afford for the Department of Justice and Loretta Lynch to dawdle.”

Meanwhile, earlier this week, a group of ExxonMobil shareholders urged the corporation to detail the resilience of its business model to climate change.

“As shareholders, we want to know that Exxon is doing what is needed to prepare for a future with lower carbon emissions,” DeNapoli continued. “The future success of the company and its investors, requires Exxon to assess how it will perform as the world changes.”