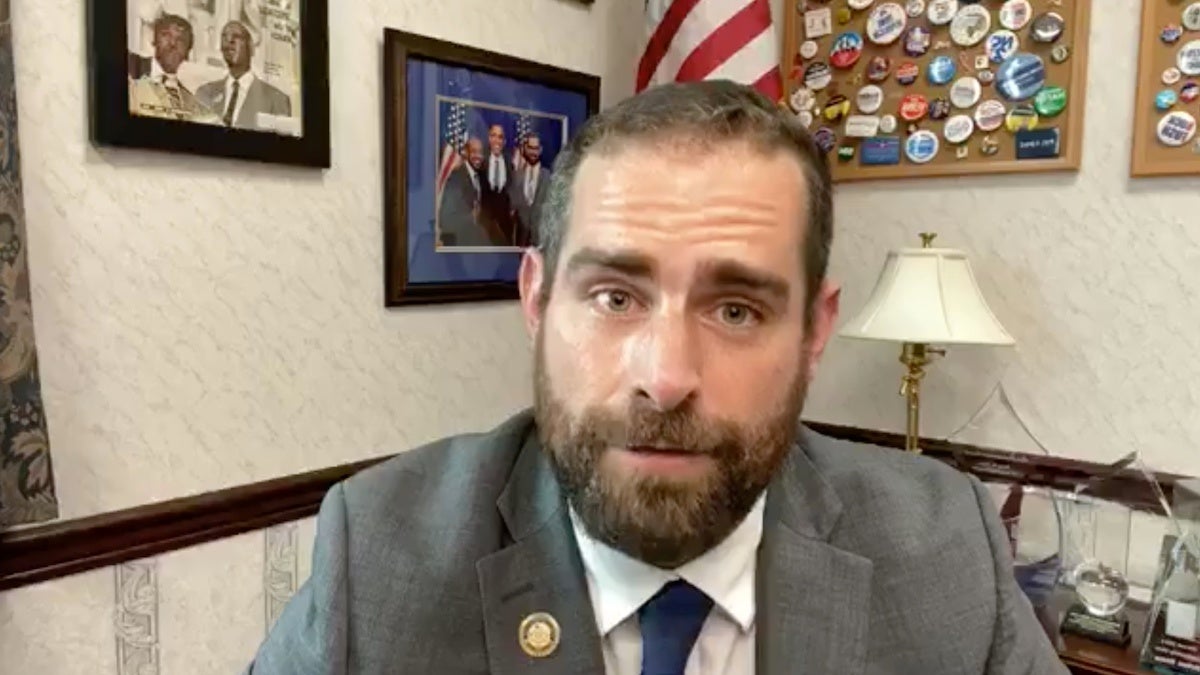 Brian Sims ranted in a Facebook Live video that went viral about the hypocrisy of Republican lawmakers who are pushing to reopen the state even though one of their members had a positive COVID-19 test. Brian Sims / Facebook

Brian Sims, a Democratic representative in the Pennsylvania legislature, ranted in a Facebook Live video that went viral about the hypocrisy of Republican lawmakers who are pushing to reopen the state even though one of their members had a positive COVID-19 test.

Sims, the first openly gay person elected to the Pennsylvania legislature, raged against the callousness of Republican members of the state House who control the legislature and demanded in-person committee meetings in Harrisburg to argue that businesses should reopen even though they knew they had been exposed to the virus.

Sims notes that the Republicans did not let the Democrats know that they had been exposed to the virus, arguing that such a revelation would hurt their argument to reopen the state.

The issue at hand is that Republicans have been arguing to reopen businesses in Pennsylvania and reopen the state legislature while knowing that Republican representative Andrew Lewis had tested positive for COVID-19. Lewis posted a Facebook Live video as well, saying that he did not share his diagnosis because he wanted to protect his family’s privacy and the people around him.

“Out of respect for my family, and those who I may have exposed, I chose to keep my positive case private,” Lewis said in a statement, as NBC News reported.

Lewis said he tested positive on May 20 and quickly informed health officials and the people he was in contact with when he was last at the capital on May 14.

That did not sit well with Sims, who said he donated a kidney recently to one of his neighbors who was suffering renal failure.

“I didn’t donate my kidney to save someone else’s life so I could die at the hands of Republicans who are being callous liars,” Sims said in his 12-minute tirade.

He was particularly stung that the Republicans had kept the revelation of the diagnosis to only their members.

“Every single day of this crisis this State Government Committee in Pennsylvania has met so that their members could line up one after one after one and explain that it was safe to go back to work,” said Sims. “During that time period they were testing positive. They were notifying one another.

“And they didn’t notify us. I never ever, ever knew that the Republican leadership of this state would put so many of us at risk for partisanship to cover up a lie. And that lie is that we’re all safe from COVID.”

As NBC News reported, the state house Democratic Caucus accused Lewis and some of the Republican colleagues who knew about his status of keeping colleagues in the dark.

“While we are pleased to learn that this House member seems to have recovered, it is simply unacceptable that some House Republicans knew about this for more than a week and sat on that knowledge,” Democratic Leader Frank Dermody of Allegheny said in a statement Wednesday night.

Sims, on the other hand, believes their actions are worthy of a criminal investigation.

He also noted the callousness of the secrecy, considering there are members in the House who have immune-compromised children at home.

“I’m in a building right now surrounded by members who can’t go see their kids, that are having to call their husbands, having to call their wives, saying ‘honey, I might have exposed you and everyone I love in this world because one of my colleagues tested positive but he was protecting his family and not protecting mine. And Republican leadership protected him,'” said Sims.