BREAKING: One Dead in Oil and Gas Well Explosion in Ohio 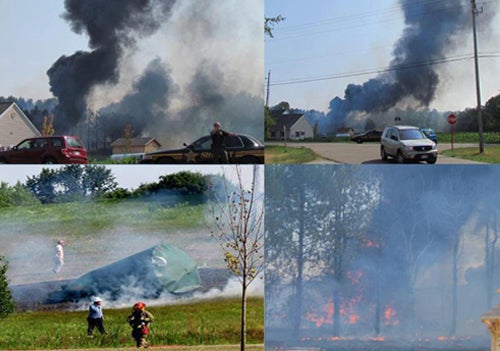 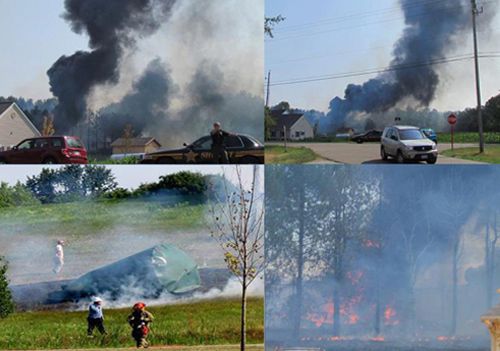 This photo collage of the oil and gas well explosion today in Bolivar, Ohio was put together by Bill Baker. Photos by Robert West (top two and bottom right) and Mary Daum (bottom left).

[Editor’s note: I just received clarification that earlier reports that two had died in the oil and gas explosion south of Bolivar was incorrect. Dr. James Hubert, Tuscarawas County coroner, has confirmed that there was one death in today’s explosion.]

One person is reported dead after an oil and gas well explosion just south of Bolivar Township and 12 miles south of Canton, Ohio. The explosion happened at 9:34 a.m. while the two workers were painting at the well site.

The explosion sent flames at least 50 feet into the air.

Hubert said the identity of the victims won’t be released until after family members are notified. Huth said, however, that some family members had already begun arriving at the scene.

Nathan Mutschelknaus of Dover, an employee of the group home owned and operated by Horizons Inc., was an eye-witness to the explosion.

“I was out back, pressure-washing the porch and moving some of the furniture when the ground started to shake. I was looking over at the oil well, wondering what was shaking.

Next thing I know, I heard the loud explosion and felt the shockwave,” Mutschelknaus told The Times-Reporter.

After a storage tank cover shot about 100 feet into the air,  Mutschelknaus said fuel leaked down the driveway into a neighbor’s field.

“The driveway all the way through the ditch into the neighbor’s field was on fire,” he said.
That’s when he saw the green cap of the oil tank land an estimated 50 yards away from its original location.

The fire was under control by 11 a.m., with units from Bolivar, Mineral City, Fairfield Township, Strasburg, Dover, New Philadelphia, Magnolia and Zoar among those to respond. Hazardous-materials crews were working this morning to control the oil spill.

Mutschelknaus said the well and oil-storage tank is about 50 yard yards north of the residential home. Of 12 residents who live at the group home, Mutschelknaus said only one was there at the time of the explosion.