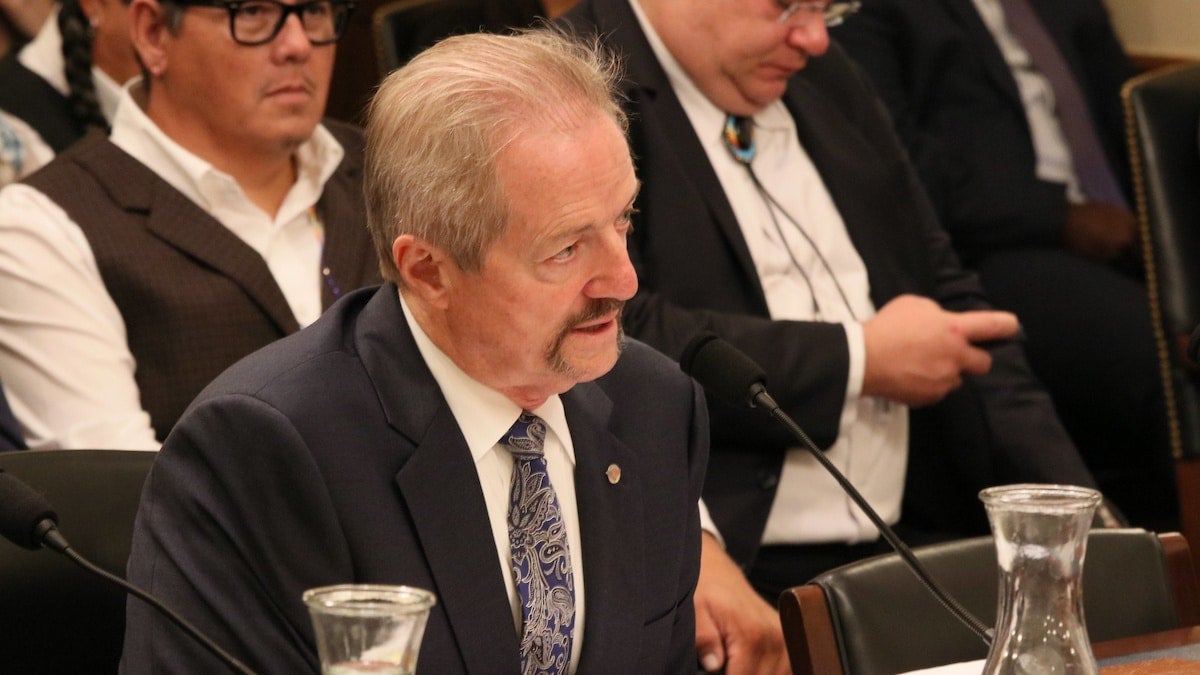 A federal judge in Montana ordered William Perry Pendley, the head of the Bureau of Land Management (BLM), to quit immediately after finding that the Trump administration official had served in the post unlawfully for 14 months, according to CNN.

The ruling may reverse an entire year of decisions that Pendley made to open up the American West to oil and gas drilling, as The Washington Post reported. The judge in the case, Brian Morris of the U.S. District Court for the District of Montana, said that Pendley had been appointed to the post, but his name had never been submitted to the Senate for confirmation.

“Pendley has served and continues to serve unlawfully as the Acting B.L.M. director,” wrote Morris in a 34-page ruling he issued on Friday, as The New York Times reported. He added that Pendley’s authority “did not follow any of the permissible paths set forth by the U.S. Constitution.”

The ruling went on to prohibit Secretary of the Interior David Bernhardt, who appointed Pendley, from appointing a successor, according to The New York Times.

The plaintiff in the case, Montana’s Governor Steve Bullock, now has 10 days to present examples of decisions Pendley made that should be nullified, according to The Washington Post.

“They’ve never had a valid person running that agency,” said Brett Hartl, government affairs director at the Center for Biological Diversity, as The Guardian reported. “Even before Pendley there was just a never-ending list of rotating acting people, and that’s not what you’re supposed to do.”

Hartl added the lack of legitimate leadership could mean every BLM decision from the last three years is reversed.

“If this case becomes a template in other districts, then it would follow that all other land use plans that have been approved during Pendley’s illegal tenure could also get thrown out,” said Aaron Weiss, deputy director of the Center for Western Priorities, as The Washington Post reported. “The potential implication there is stunning — effectively erasing all of the planning work B.L.M has finalized over the last year, possibly longer.”

On Friday, Bullock wrote on Twitter, “Today’s ruling is a win for the Constitution, the rule of law, and our public lands. Montanans can rest easy knowing that National Public Lands Day will begin with William Perry Pendley packing his desk and vacating the Director’s Office.”

Joe Biden took to Twitter on Saturday to echo Bullock’s sentiment. “Today is Public Lands Day and National Hunting and Fishing Day — and what better way to celebrate than the long overdue removal of William Perry Pendley from @blmnational. It’s a victory for everyone who values our public lands over those who want to exploit them for profit.”

The decision may have a cascading effect for federal policy since the administration has not nominated 133 of the 750 leadership positions that require Senate confirmation, as The Washington Post reported. That means their decisions could be nullified as well.

“We’re talking here about an acting official or someone designated to be the equivalent who may have no authority to make decisions,” said Max Stier, president of the Partnership for Public Service, to The Washington Post. “It creates uncertainty across the board and there are many other instances where the same or similar circumstances might exist.”

Bullock started the lawsuit after Pendley tried to open up vast areas in southwest Montana to oil and gas drilling. The BLM manages 27 million acres in Montana, roughly one-third of the state. In one area, Pendley attempted to lease 95 percent of a 650,000-acre area to oil and gas exploration.

“This ruling enshrines in law what Montanans already knew: William Perry Pendley has no business overseeing our public lands,” Sen. Jon Tester (D-Mont.) said in a statement, as The Washington Post reported. “Montanans and future generations will benefit from Governor Bullock’s work protecting our public lands from Pendley’s reckless agenda.”