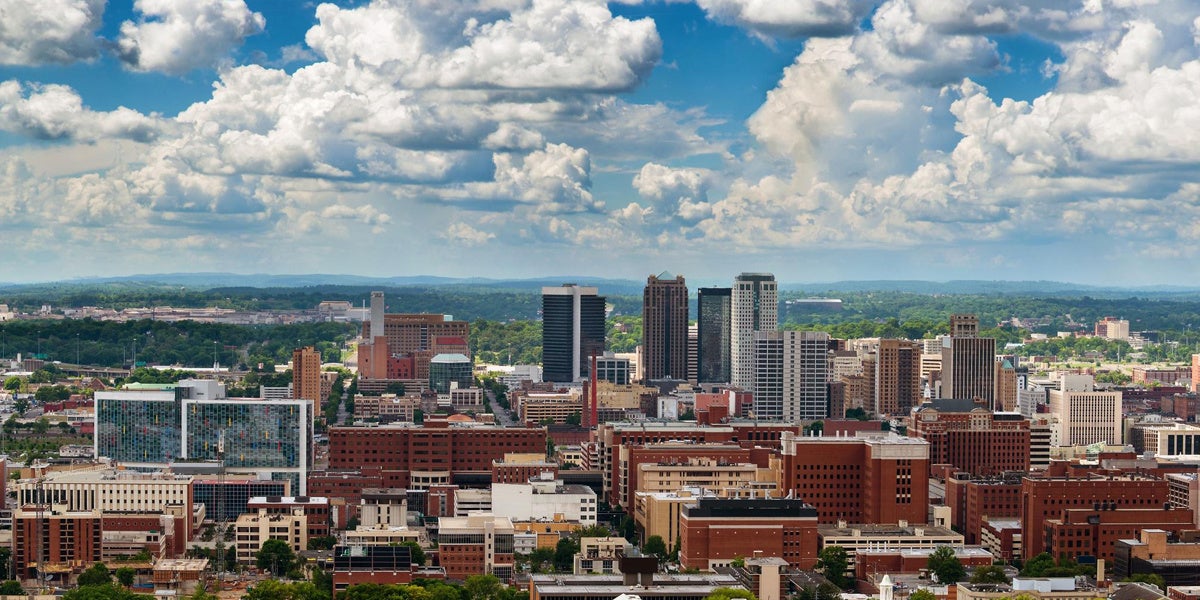 Lot by lot, backhoes and dump trucks are scraping and hauling away yards on the north side of Birmingham to remove soil laced with heavy metals and other industrial wastes—the legacy of this city’s years as a steelmaking power.

Federal prosecutors say that effort also uncovered something else: a scheme to save polluters millions by putting the neighborhood’s representative in Montgomery on their payroll.

“What they did was pretty simple: It was cheaper to buy off a politician, or politicians, and coerce them into preventing any sort of liability than it would have been to clean up their mess,” said Michael Hansen, executive director of the Greater Birmingham Alliance to Stop Pollution (GASP).

David Roberson, a lobbyist and vice president for regulatory affairs at the Drummond Company, and attorneys Steven McKinney and Joel Gilbert, of the Southeastern powerhouse firm Balch and Bingham, have pleaded not guilty and are scheduled to go on trial in June. “All three men deny the charges, and must be presumed innocent,” Drummond said in a company statement issued after the indictments.

The mills that once gave Birmingham the nickname “Pittsburgh of the South” are fewer and smaller today, but several companies are still in the steel business. One of them is Drummond, which runs one of two plants that superheat coal in ovens to produce the high-carbon coke that fuels the furnaces.

North Birmingham and sister neighborhoods Collegeville, Harriman Park and Fairmont sit between those coke plants to the east and one of the biggest remaining mills to the west. During the era of segregation, African-Americans were forced to live in these same neighborhoods. Even today, the surrounding industries release more than 1.5 million pounds of toxic byproducts a year, including tens of thousands of pounds from each of the coke plants.

“You can see it,” said Chester Wallace, president of the North Birmingham Community Coalition, who grew up in Collegeville. “When it rains you can see where the pollutants are coming in from the various plants in the water, from the various colors in the runoff. You can see it in the discoloration of the plants. You can see the soot on houses. If you hang clothes out, you’ll see it outside.”

Residents talk about friends and neighbors who’ve died of cancer or children who struggle with asthma, fearing the soot that sticks to their siding and cars is more than a nuisance. Charlie Powell, head of a neighborhood group called PANIC—People Against Neighborhood Industrial Contamination—said more studies need to be done into whether there’s a link between the visible pollution and the ailments that have claimed their friends. But he added, “There’s got to be a connection there in some kind of way.”

In 2013, the EPA declared more than 1,000 acres of the neighborhoods a Superfund site after finding the soil was laced with arsenic, lead and benzo(a)pyrene, a coal byproduct which causes cancer. It named five companies, including Drummond, as potentially responsible for the pollution and cleanup costs and started to work digging up 400 yards.

The EPA was asked to expand that site into another Birmingham neighborhood and the small suburb of Tarrant, where Drummond’s plant is located. The agency also began weighing whether to add the north Birmingham site to the National Priorities List, which would allow regulators to clean up the site first and seek repayment from responsible parties later.

That could have left those companies on the hook for tens of millions of dollars. So Drummond got to work fighting the proposal, both directly—arguing to the EPA that there was no evidence of pollution that could be linked to the plant in the proposed expansion —and, according to prosecutors, by enlisting Robinson to secretly lobby on its behalf.

Roberson, Gilbert and McKinney are accused of using a consulting contract to funnel thousands of dollars a month through a nonprofit they set up to one created by Robinson, a onetime local basketball standout who played a year with the NBA’s San Antonio Spurs. In exchange, prosecutors say Robinson lobbied the EPA and the state Environmental Management Commission to oppose expanding the north Birmingham site, arguing it would destroy his constituents’ property values. He also voted for a state House resolution condemning “EPA’s overreach.” Roberson drafted the resolution, which then-Gov. Robert Bentley later signed, according to the indictment.

Drummond said its lawyers “engaged the Oliver Robinson Foundation to perform community outreach in connection with the matter, and Drummond understood this process was lawful and proper.”

Robinson, who had resigned from the House before his indictment, won’t be sentenced until after the upcoming trial. His lawyer, Richard Jaffe, told Sierra he’s “proud of the truthfulness and remorse he continues to express.”

Wallace said he was “totally disappointed” in Robinson, while Powell said the former legislator “defrauded the whole neighborhood.”

The case is another ethical embarrassment for a state government that’s seen the heads of all three branches removed from office for misconduct in the past two years. In additions, an earlier federal probe that examined EPA-required sewer improvements in Birmingham led to a raft of convictions and guilty pleas by bankers and politicians, including the city’s ex-mayor, and the eventual bankruptcy of surrounding Jefferson County.

The EPA has cleaned up 320 North Birmingham lots so far, at a cost of about $25 million, according to agency spokesman James Pinkney. The work is expected to last about two more years.

“One of the largest challenges to completing work at this site is connecting with the owners of both occupied and vacant properties,” Pinkney told Sierra via e-mail.