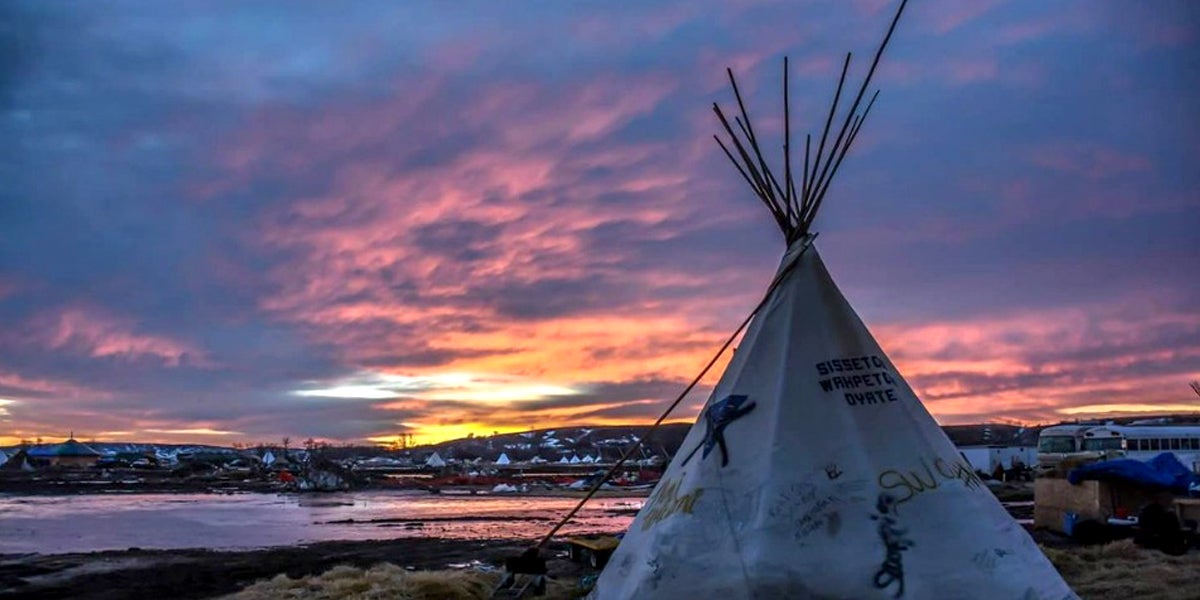 Authorities arrested 10 remaining protesters refusing to leave the campground and an estimated few dozen people are still at the site. The Chicago Tribune reported this morning that the North Dakota’s governor said the remaining people “will have another chance to leave peacefully Thursday.”

Despite continued public protest across the country—including divestment movements in several major cities—lawyers for the pipeline estimated in a court filing Wednesday that oil could be flowing as early as mid-March.

Yesterday, water protectors were evacuated from the main camp. This is not the end of a movement, it's a transition. We will persist #NoDAPL pic.twitter.com/0mFls9fxuy

“These water protectors inspired people around the world by standing up for the right to clean water and a future free from fossil fuels,” Greenpeace USA Climate Campaigner Mary Sweeters said. “Allies around the world acting in solidarity with Standing Rock cannot stop now. We must expose every institution pushing the Dakota Access Pipeline project through and projects like it.”