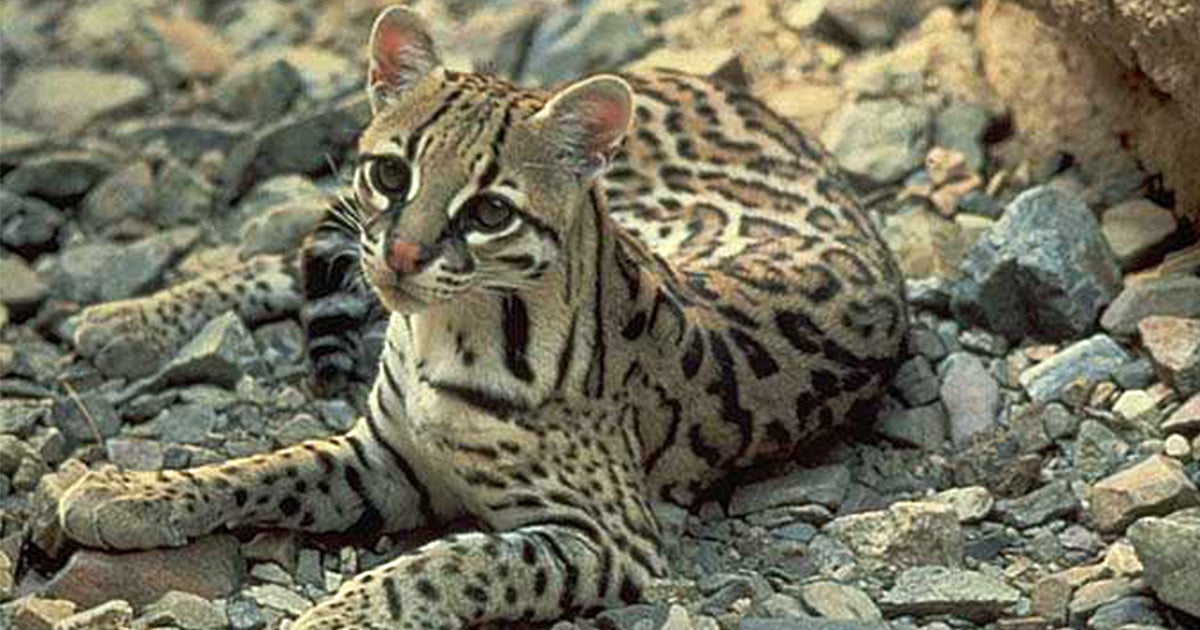 Feline conservation group Conservation CATalyst released what it says is the first-ever trail camera footage of an endangered ocelot in Arizona on Sunday, at what the group said on its Facebook page is a “critical point” in the species’ conservation.

That is partly because of President Donald Trump‘s proposed border wall, which would restrict the ability of Sonoran ocelots to cross between the U.S. and Mexico in search of food, mates and territory.

“One of the greatest single threats to ocelot recovery in the United States is the proposed expansion of the U.S.-Mexico border wall,” conservation CATalyst senior researcher Chris Bugbee said on the group’s Facebook page. “If there was ever a solid physical barrier that spanned the entire border, as is planned by our current administration, it would be ‘game over’ for both jaguar and ocelot recovery in this country. Such a fate is unacceptable.”

A 2017 study by the Center for Biological Diversity looking at the potential impact of the wall on 93 threatened or endangered species found that it could drive jaguars and ocelots to extinction in the U.S.

The video, featured below, was picked up by several Arizona news outlets including Tucson News Now and the Arizona Daily Star.

Ocelots have been documented in Arizona since the 19th century, and five have been spotted in the state in the last 10 years. Conservation CATalyst said they have been observed breeding just 30 miles south of the border in Mexico, and may be expanding their range northward.

“I expect to see Sonoran ocelots continue to arrive in Arizona,” Conservation CATalyst Executive Director Dr. Aletris Neils said. “As long as we protect the integrity of their habitat and maintain connectivity with Sonora, these cats have the capacity to naturally recolonize lost territory in Arizona.”

The ocelot in the video was recognized as a male that has made his home in the mountains of Southeast Arizona and has been photographed in the area for at least five years. Ocelots are identified by their spotted coats, which act as camouflage and are unique to each cat, much like our fingerprints.

“We can tell all three video clips are from the same adult male ocelot; he is exquisite and is clearly thriving in the mountains of Arizona,” Neils said.

The male earned the honor of being the first Arizona ocelot to be officially named when a group of elementary school students at Manzo Elementary in Tucson, Arizona dubbed him Lil’ Jefe (a.k.a. ‘the Boss-elot’) earlier this month.

Students at Manzo Elementary in Tucson, AZ named one of the rarest cats in the US, an endangered Sonoran ocelot residing in the mountains of AZ. The name Lil' Jefe (a.k.a. ‘the Boss-elot’) was overwhelmingly selected- the first time an American ocelot has been officially named! pic.twitter.com/ENla19stjd

In addition to the border wall, ocelots are also threatened by poaching, poisoning, car accidents and other border disturbances.