Rewilding the Arctic Could Slow the Climate Crisis 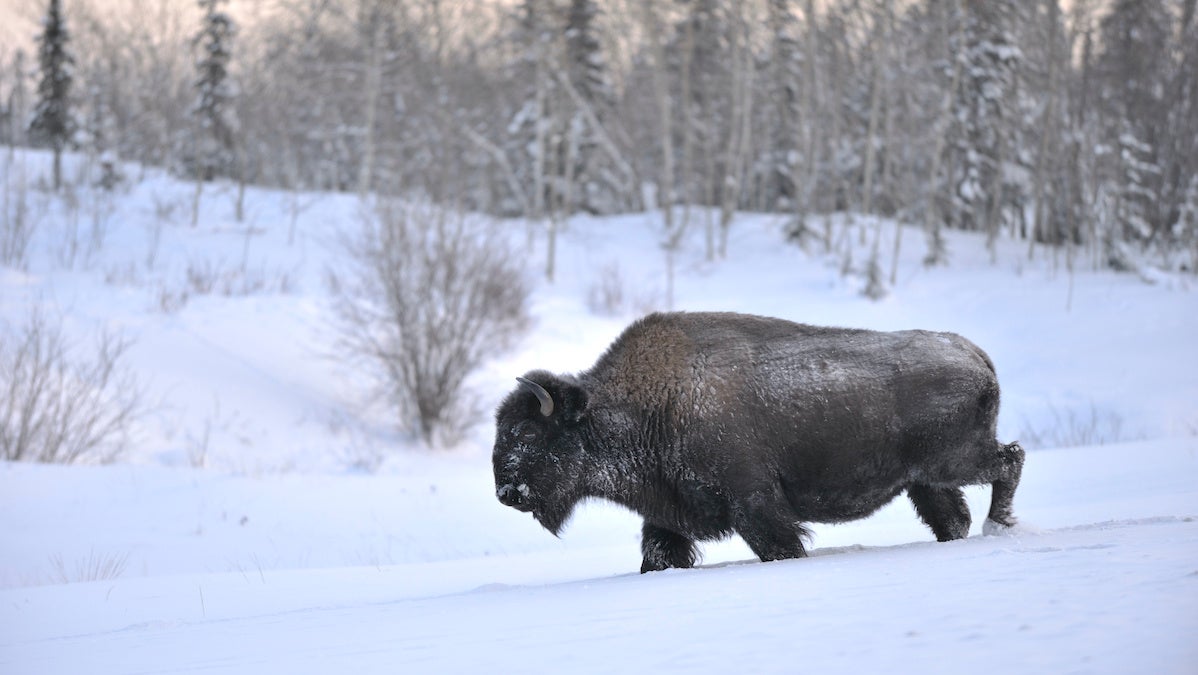 Releasing herds of large animals onto the tundra − rewilding the Arctic − to create vast grasslands could slow down global heating by storing carbon and preserving the permafrost, UK scientists say.

With no woolly mammoths available nowadays, the scientists, from the University of Oxford, suggest an alternative in the Philosophical Transactions of the Royal Society B − importing large herds of bison and horses to provide the mega-fauna that would prevent tree growth and create huge areas of grazing land.

These big animals, originally present in the Arctic together with the reindeer, wolves and other large creatures still living there, would create a natural geo-engineering project to alter the landscape, the researchers say. The idea is to preserve as much carbon in the soil as possible and reflect more sunlight back into space.

The scientists visited Pleistocene Park, a Russian experiment in north-eastern Siberia, which is an attempt to recreate the mammoth steppe ecosystem of the last ice age by re-introducing large grazing animals.

Trees that are growing ever further north as the Arctic warms are in turn leading to the melting of more permafrost by breaking up the snow which otherwise reflects sunlight away from the earth. Instead, the snow absorbs more of the sunlight, enhancing the warming further.

By removing woody vegetation, enhancing grass growth and trampling on snow in search of winter forage, the scientists say, large mammals increase the amount of incoming solar energy that bounces back to space − the albedo effect.

Unlike shallow-rooted trees, grasslands also favor the capture of carbon in the deep roots of grasses and enable cold winter temperatures to penetrate deeper into the soil. Altogether, they say, these changes would have a net cooling effect on Arctic lands and delay permafrost melt.

“The Arctic is already changing, and fast. Taking a ‘do nothing’ approach now is a decision to allow rapid, irreversible changes to occur,” says lead author Dr. Marc Macias-Fauria, at Oxford’s School of Geography and the Environment.

“Although the science of Arctic eco-engineering is largely untested, it has the potential to make a big difference, and action in this region should be given serious consideration.”

The study estimates that carbon emissions from thawing permafrost could be around 4.35 billion tonnes a year over this century. This is around half as much as fossil fuel emissions, and three times more than estimates of the emissions produced by current and projected land use change, for example in tropical forests.

One of the drawbacks to the scheme is the need to import large quantities of relatively scarce animals like bison into the vast expanses that would need to be rewilded. It would take time to build up the numbers of animals required.

The fossil record in the period the scientists are trying to recreate shows that each square kilometer contained an average of one mammoth, 5 bison, 7.5 horses, 15 reindeer, 0.25 cave lions, and one wolf. This is around the animal density of present-day African savanna game reserves. Rewilding efforts would initially focus on bison and horses.

The researchers believe the scheme could be economic, especially if the price of the carbon saved is factored in. They provide a detailed analysis for an experiment over a period of 10 years for the introduction and monitoring of three large-scale trial areas, which includes importing 1,000 animals for each of the three at a cost of 4 million (£88m). On an annual basis this alone would keep 72,000 tonnes of carbon in the ground.

The scientists believe that rewilding could be a cost-effective solution and bring extra benefits like new tourism and “carbon-negative wild meat,” which would cut the demand for farmed beef and reduce pressure on forested areas in the tropics. They also say the study constitutes a potential opportunity for UK-Russia cooperation on climate change mitigation.