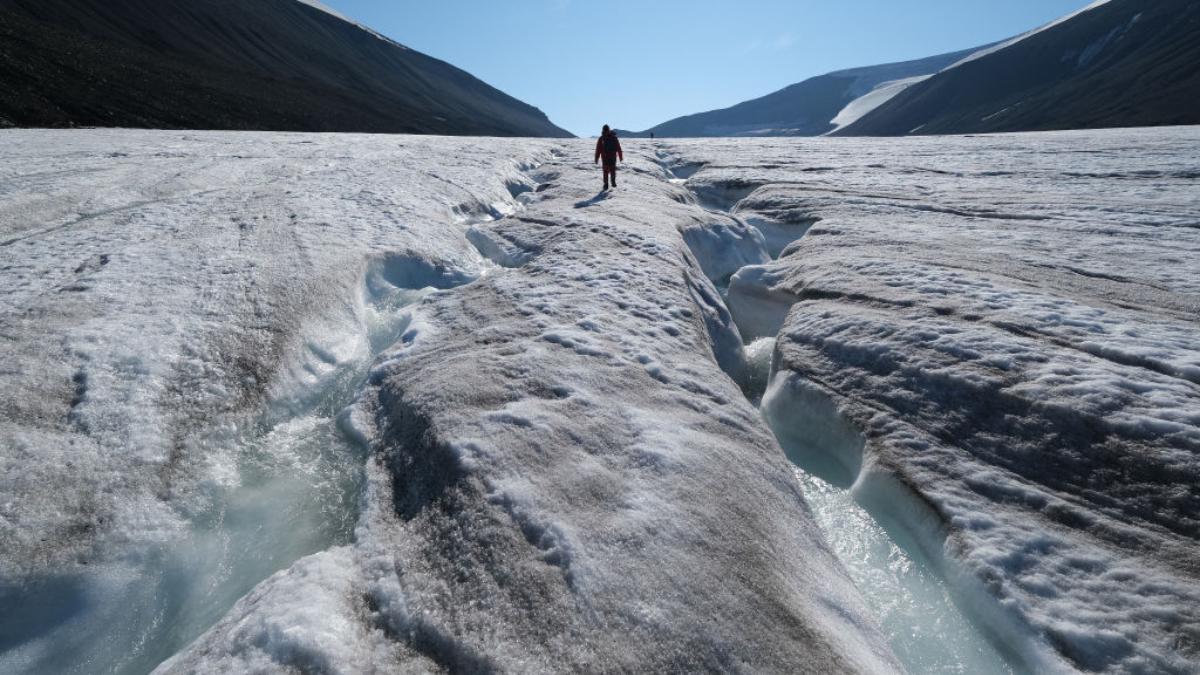 Over the past five decades, the Arctic has warmed three times faster than the world as a whole, leading to rapid and widespread melting of ice and other far-reaching consequences that are important not only to local communities and ecosystems but to the fate of life on planet Earth.

The Arctic Monitoring and Assessment Program (AMAP) issued that warning on Thursday in a new report that summarizes the latest findings on Arctic change and projections of future transformations under different climate scenarios. The publication of AMAP’s report coincides with this week’s meeting of the Arctic Council in Reykjavík, Iceland, which brings together policymakers from countries bordering the region.

According to the report, the Arctic’s annual mean surface temperature surged by 3.1ºC between 1971 and 2019, compared with a 1ºC rise in the global average during the same time period. Arctic warming has been accompanied by a decrease in snow cover and sea and land ice; an increase in permafrost thaw and rainfall; and an uptick in extreme events.

“The Arctic is a real hotspot for climate warming,” Jason Box, a glaciologist at the Geological Survey of Denmark and Greenland, told Agence France-Presse on Thursday.

AMAP stressed that the current transformation of the Arctic environment is adversely affecting the livelihoods and food security of Arctic communities, especially Indigenous ones. Arctic warming also poses risks to unique terrestrial, coastal, and marine ecosystems in the region, some of which are vulnerable to irreversible harm. Moreover, the report emphasized, “changes in the Arctic have global implications,” especially if potentially negative feedback loops are triggered.

“No one on Earth is immune to Arctic warming,” the report said. “The rapid mass loss of the Greenland ice sheet and other Arctic land ice contributes more to global sea-level rise than does the melting of ice in Antarctica.”

Some projections estimate that by 2050, 150 million people worldwide will be displaced from their homes just by rising sea levels.

Without an adequate international effort to slash greenhouse gas (GHG) emissions, that number could be far higher.

According to the report, the latest climate models indicate that “annual mean surface air temperatures in the Arctic will rise to 3.3–10°C above the 1985–2014 average by 2100, depending on the course of future emissions.”

“Under most emission scenarios,” the report said, “the vast majority” of climate models “project the first instance of a largely sea-ice-free Arctic in September occurring before 2050,” and possibly as early as 2040.

Because each fraction of a degree of warming makes a difference, the stakes for adequate climate action are immense.

If the global temperature rises to 2°C above pre-industrial levels, the report pointed out, an ice-free Arctic summer is 10 times more likely than if planetary heating is limited to 1.5ºC, the more ambitious target of the Paris agreement.

A growing number of countries, including major economies like the United States and the European Union, have recently pledged to cut GHG emissions by at least 50% below 2005 levels by the end of this decade on the way to net-zero by midcentury.

Climate justice advocates, meanwhile, have pushed rich countries to go further, and even far less progressive energy advisers have insisted they start by keeping fossil fuels in the ground.