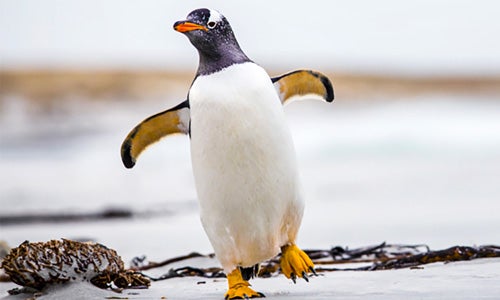 In case anyone needed a reason to spend hours on end looking at pictures of adorable penguins, we now have a valid excuse: scientists need us to.

Researchers from the University of Oxford studying penguins in Antarctica are conducting the largest ever census of penguins and have launched the latest version of their project, PenguinWatch 2.0, to learn more about how they’re doing. They’re recruiting citizen scientists to help them. 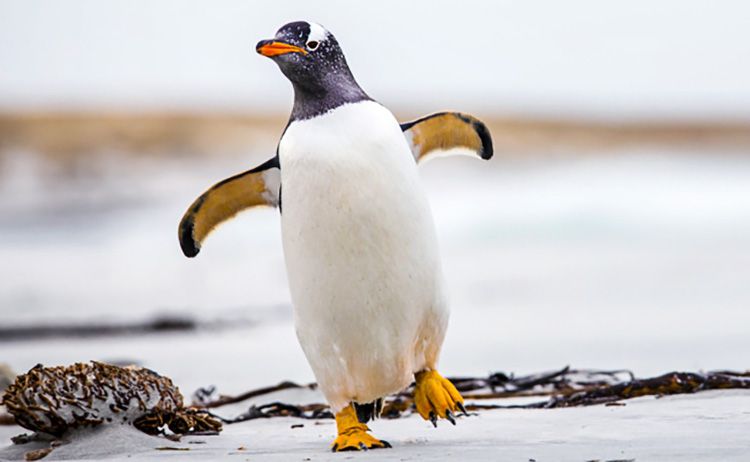 Researchers from the University of Oxford studying penguins in Antarctica are conducting the largest ever census of penguins and have launched the latest version of their project, PenguinWatch 2.0, to learn more about how they’re doing. Photo credit: Thinkstock

For the project, researchers have set up dozens of remote cameras throughout the Southern Ocean and the Antarctic Peninsula that are capturing images of colonies of Gentoo, Chinstrap, Adélie, King and Rockhopper penguins.

Researchers are hoping to use the data they’re collecting to learn more about and how penguins are being impacted by various factors, including climate change, pollution, commercial fishing and tourism.

While the cameras provide a great non-invasive way to study penguins, they’re taking between 8 to 96 images every day throughout the entire year, which has left researchers with hundreds of thousands of images to sort through and not enough time to do it.

That’s where the public comes in. With the project’s new website, people can tag images of penguins, chicks and eggs and can now also discuss their findings with other volunteers and ask researchers questions about what they’re seeing. Our efforts are also helping their computer learn to recognize penguins, which researchers hope can speed up their analysis in the future. 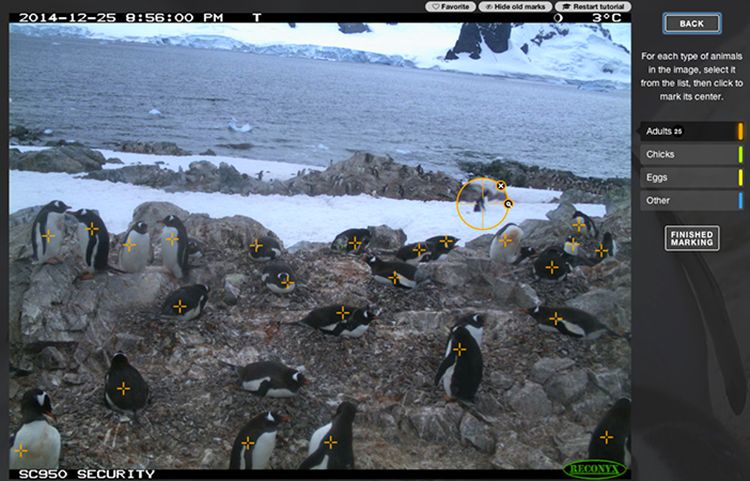 While penguins are cute and fun to watch, they’re also really important for other reasons. As PenguinWatch explains:

As top predators, penguins are considered sentinels of changes within their ecosystem. Because penguins spend the majority of their life in water and fall at the top of the food chain, any variations in their populations may represent larger changes to the dynamic Antarctic ecosystem. We hope to measure these changes year-round at a large geographical range of study sites in order to better understand how threats to the ecosystem disrupt the dynamics of resident wildlife.

Researchers hope to use they’re findings to determine important habitats for penguins and what’s threatening them, which could potentially impact activities in the region and hopefully lead to the creation of protected areas that will keep penguins and other wildlife safe.

“We can’t do this work on our own and every penguin that people click on and count on the website—that’s all information that tells us what’s happening at each nest and what’s happening over time,” lead researcher, Dr. Tom Hart, told the BBC.