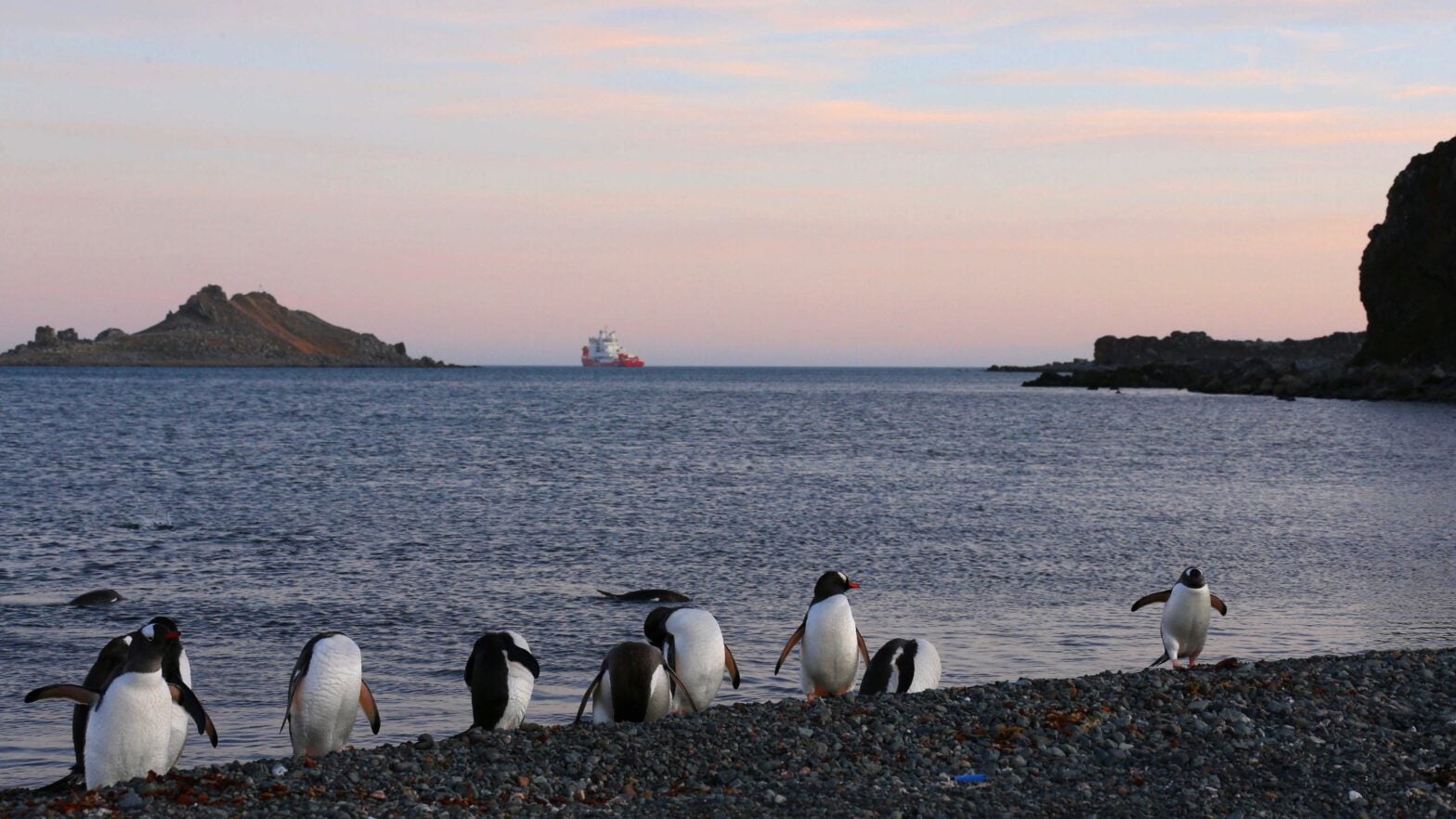 Penguins are seen near the Great Wall station in Antarctica, Feb. 9, days after the continent measured its hottest temperature on record at nearly 65 degrees Fahrenheit. Xinhua / Liu Shiping / Getty Images

Scientists have recorded Antarctica’s first documented heat wave, warning that animal and plant life on the isolated continent could be drastically affected by climate change.

Findings by the team were published in the Global Change Biology journal on Tuesday, with authors warning that the changes could affect global weather patterns.

Between January 23 and 26, a research team at Casey — directly south of Perth in western Australia — recorded the highest maximum and minimum temperatures ever seen at the base.

During the period, minimum temperatures were higher than zero degrees Celsius (32 degrees Fahrenheit) while the maximums peaked above 7.5 degrees.

On January 24, the Casey team recorded a record high temperature of 9.2 degrees Celsius, 6.9 degrees higher than the station’s mean maximum.

At the same time, record high temperatures were also reported on the other side of the continent, on the Antarctic Peninsula. Last month, the highest ever temperature — 18.3 degrees — was recorded at the Argentinian research station Esperanza Base.

The authors of the study said the local effects of climate change could have a global impact.

“Antarctica may be isolated from the rest of the continents by the Southern Ocean, but it has worldwide impacts,” they said.

“It drives the global ocean conveyor belt, a constant system of deep-ocean circulation which transfers oceanic heat around the planet, and its melting ice sheet adds to global sea-level rise.”

Co-author Dana Bergstrom said the hot summer could affect local populations positively at first, but could also lead to drought and heat stress on species adapted for the cold.

“Most life exists in small ice-free oases in Antarctica, and depends on melting snow and ice for their water supply,” said Bergstrom, a principal scientist at the Australian Antarctic Division.

While an increase in meltwater flooding associated with higher temperatures could provide extra water to such ecosystems – helping them on a short-term basis – it could also dislodge plants and radically change the composition of communities of invertebrates and microbes.

“Based on our experience from previous anomalous hot summers in Antarctica we can expect a multitude of biological impacts to be reported in coming years, illustrating how climate change is impacting even the most remote areas of the planet,” the study said.

Contributors to the research came from Australia’s University of Wollongong, the University of Tasmania and the government agency Australian Antarctic Division.