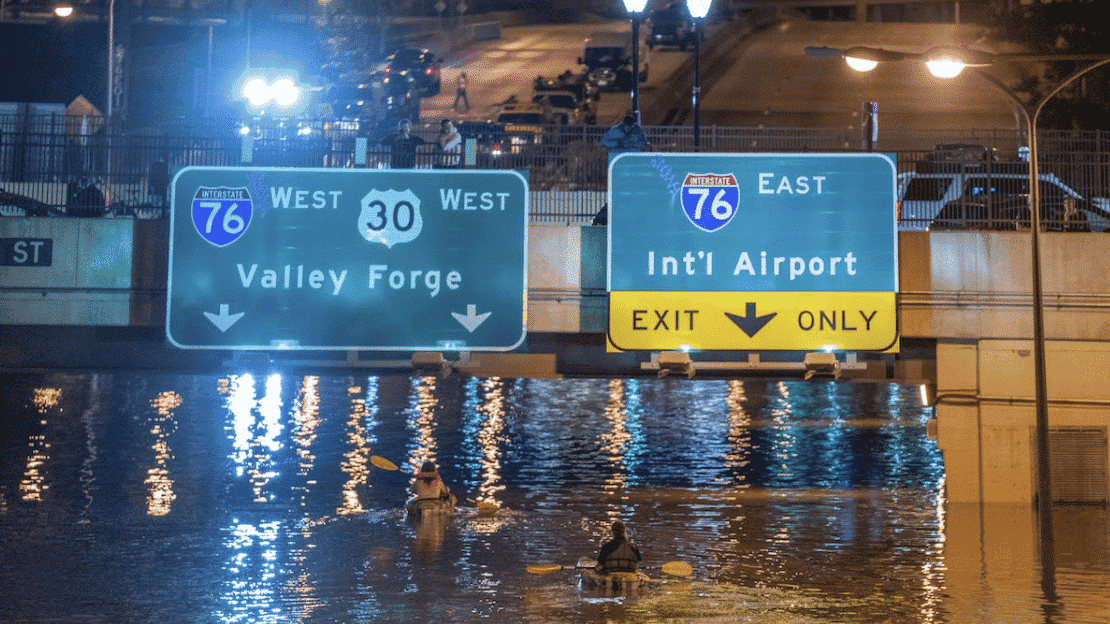 Last year was filled with extreme weather fueled by climate change. California was overrun by mudslides, and there were dangerous heat waves, droughts and hurricanes. More than four in ten Americans live in a county that was affected by climate disasters in 2021, and more than 80 percent experienced at least one day of unusually high temperatures, reported The Washington Post. At least 656 people died due to the disasters, according to news reports and government records. The financial cost of all these disasters was more than $104 billion, not including the wildfires, extreme heat and drought in the West.

There were fewer climate disasters reported in individual counties last year as compared to previous years, but eight statewide emergencies related to climate disasters — including hurricanes, landslides, fires, floods and severe storms — were declared by the Federal Emergency Management Agency, the most since 1998.

In the wake of the Marshall fire, the most destructive in Colorado’s history, Louisville, Colorado, Mayor Ashley Stolzmann said, “When I lay awake the first night, not able to sleep from the fire, when I was evacuated from my house, the first thing I thought of is: I need everyone to reduce their carbon emissions,” The Washington Post reported.

Scientists say that wildfires have intensified and their seasons have gotten longer due to rising temperatures. In recent decades, the proportion of “high severity” fires, which destroy much of a forest’s vegetation, has increased significantly in many types of forests, according to a 2012 study published in Forest Ecology. Research reported by NASA’s Earth Observatory has found that fire seasons have gotten longer across a quarter of Earth’s vegetated surface, and portions of the western United States now have wildfire seasons that last more than a month longer than they did 35 years ago.

While climate disasters mounted, the pollution caused mostly by the burning of fossil fuels hit near-record highs last year. One of the big questions is whether the United States, the country responsible for the production of more greenhouse gases than any other country in history, will do all it can to curb global warming and try and prevent these disasters before the planet warms to an irreversible degree.

Since the Build Back Better bill stalled in Congress, Chair of the Senate Energy and Natural Resources Committee Joe Manchin has voiced support for the climate provisions in the bill, which contain the biggest clean energy investment in U.S. history.

“The climate thing is one that we probably can come to an agreement much easier than anything else,” Manchin told reporters on Tuesday, Business Insider reported.

Currently, the Earth’s temperature is just over a degree Celsius — 1.8 degrees Fahrenheit — warmer than it was in the preindustrial era. Each degree Celsius of warming results in the atmosphere being able to hold seven percent more moisture, which results in “exponentially wetter storms,” The Washington Post reported. Additionally, warmer conditions create an atmosphere where water quickly evaporates, which intensifies drought and makes forests more prone to wildfires.“Now more and more people are suffering. But maybe it will make more and more people realize that these extreme weather events and fires will keep happening – maybe this will be a wake-up call. With each year of extreme weather events, maybe we’ll start to see policy change,” said Simon Wang, a meteorologist and professor of climate dynamics at Utah State University, as reported by The Guardian.