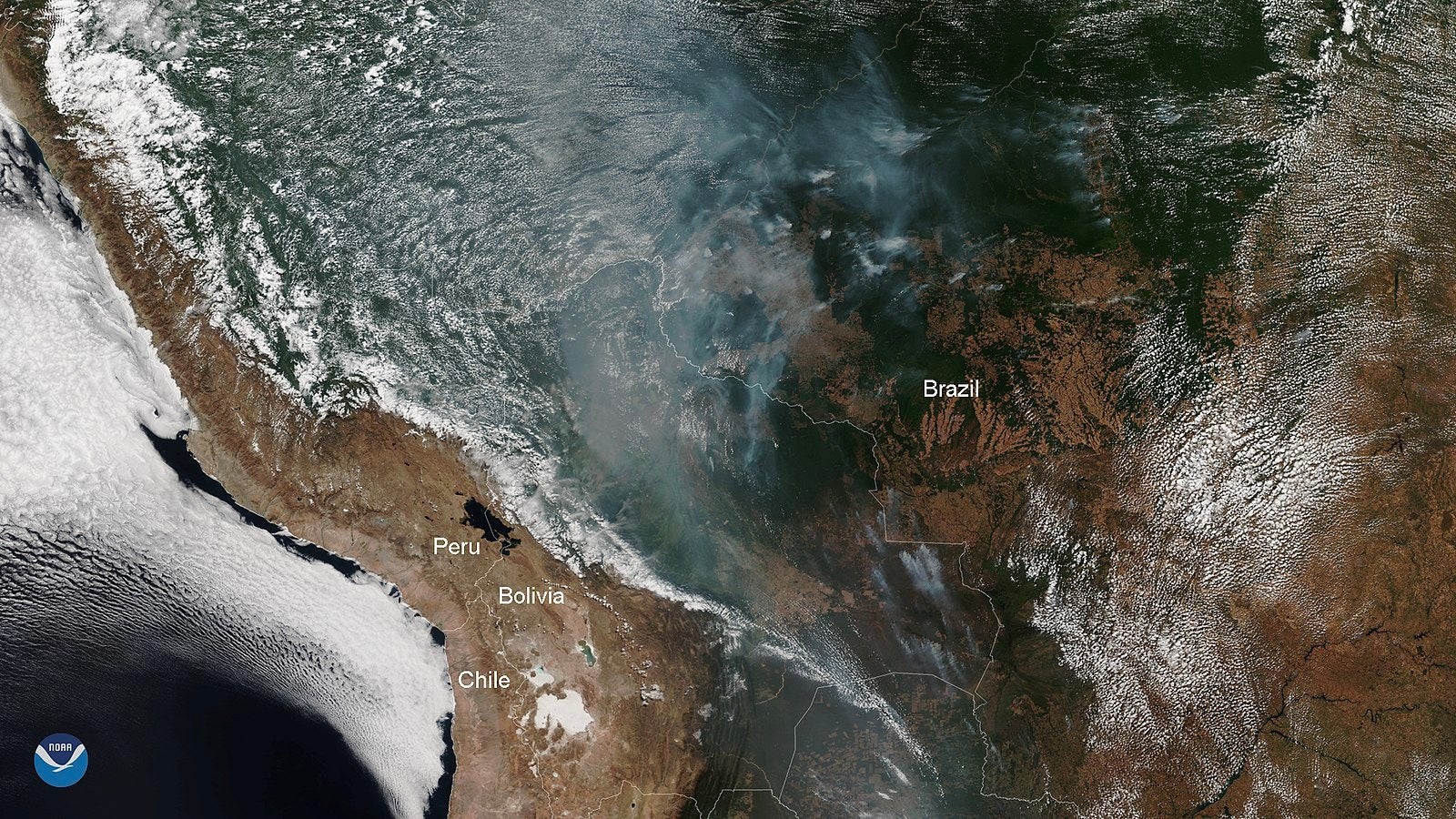 The deforestation rate in Brazil‘s Amazon rainforest is at its highest in more than a decade, CNN reported Tuesday.

The latest figures come from Brazil’s National Institute for Space Research (INPE). Using satellite data, the agency concluded that the forest lost 9,762 square kilometers (approximately 3,769 square miles) in the year leading up to July 2019. The number represents a 29.5 percent increase compared to the previous year and the highest deforestation rate since 2008.

It is also the most conclusive proof to date that deforestation is on the rise under far-right Brazilian President Jair Bolsonaro, The New York Times reported. Bolsonaro has cut funding for key agencies that help protect the rainforest and reduced enforcement against illegal mining, logging and ranching.

“The Bolsonaro government is responsible for every inch of forest destroyed. This government today is the worst enemy of the Amazon,” Greenpeace public policy coordinator Marcio Astrini said in a statement reported by Reuters.

Deforestation in Brazil’s Amazon rainforest rose to its highest in over a decade this year, government data on Monday showed, confirming a sharp increase under the leadership of right-wing President Jair Bolsonaro.#Brazil #ActForAmazonia #Deforestationhttps://t.co/zZd78NinEl

Brazilian environmental group Climate Observatory said that the increase was the third highest in Brazil’s history, following spikes in 1995 and 1998, The Guardian reported. But this time, the government seemed less likely to act on the data.

“In a break with what occurred in previous years during which the rate rose, this time the government did not announce any credible measures to reverse the trend,” the group said in a statement reported by The New York Times.

In a break with previous denials, Environment Minister Ricardo Salles did acknowledge the deforestation increase and promise action, Reuters reported. He blamed illegal mining, logging and ranching for the rise, and said he would meet with the governors of Amazon states on Wednesday to discuss strategies for fighting deforestation. But he did not outline any detailed plans for curbing illegal forest-clearing, The New York Times pointed out.

The news follows a global outcry this summer after INPE reported a record number of fires burning in the forest this August. The new figures do not account for forest lost from August to October, Reuters pointed out, when initial data indicates deforestation rates more than doubled compared to the same time period last year.

The Amazon rainforest is considered crucial for fighting the climate crisis because it stores massive amounts of carbon. Some scientists fear that if enough forest is cleared, a tipping point will be reached and the forest will transform into savanna, which does not store as much carbon.

“We must remember that the Amazon has been undergoing deforestation for decades,” Oyvind Eggen, the secretary general of the Rainforest Foundation Norway, said in a statement reported by The New York Times. “We are approaching a potential tipping point, where large parts of the forest will be so damaged that it collapses.”

However, Climate Observatory Executive Secretary Carlos Rittl told The Guardian he was concerned deforestation would only increase under Bolsonaro.

“Proposals like legalising land-grabbing, mining and farming on indigenous lands, as well as reducing the licensing requirements for new infrastructure will show that the coming years will be even worse,” he said. “The question is how long Brazil’s trading partners will trust its promises of sustainability and compliance with the Paris agreement, as forests fall, indigenous leaders are killed and environmental laws are shattered.”