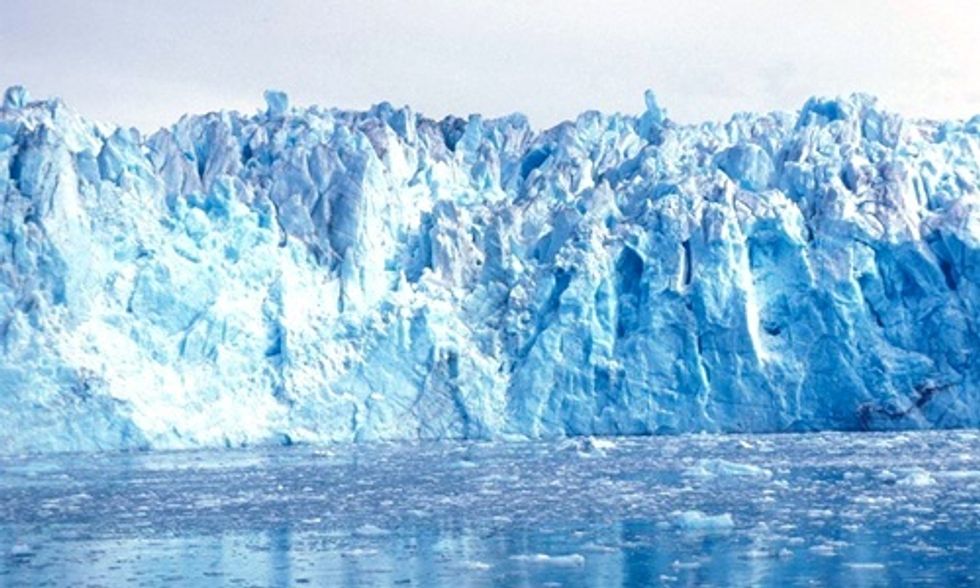 The glaciers of Alaska are melting and retreating: the chief cause is climate change and the loss of ice is unlikely to slow, according to a new study by U.S. scientists.

Alaska’s Columbia Glacier is almost 20 kilometers shorter than it was in 1980. Photo credit: U.S. Fish and Wildlife Service / Wikimedia Commons

They calculate that the frozen rivers of the Pacific coast of America’s northernmost state are melting fast enough to cover the whole of Alaska with 30 centimeters of water every seven years.

Since Alaska is enormous—it covers 1.5 million square kilometers and is the size of California, Texas and Montana put together—this adds up to a significant contribution to sea level rise.

“The Alaska region has long been considered a primary player in the global sea level budget, but the exact details of the drivers and mechanisms of Alaska glacier change have been stubbornly elusive,” said Chris Larsen, a geophysicist at the University of Alaska Fairbanks, and lead author of a study in Geophysical Research Letters.

Scientists from the University of Alaska and the U.S. Geological Survey analyzed studies of 116 glaciers in the Alaska region over a 19-year-period to estimate the rate at which ice melted and icebergs calved.

They used airborne lidar remote sensing technology and other techniques, historical data and a global glacier inventory to establish a kind of taxonomy of glacier change.

The Columbia Glacier in Prince William Sound had retreated more than 19 kilometers because of iceberg calving and had thinned by 450 meters in height since 1980. But, unexpectedly, tidewater glaciers—those that end in the ocean—seemed to make comparatively little contribution to sea level rise.

He and his colleagues calculated that Alaska is losing ice at the rate of 75 billion metric tons a year. Such research is just one more piece of careful cross-checking in the great mosaic of climate research: another systematic confirmation that overall, glaciers are not losing ice in response to some natural cycle of change of the kind that occasionally confuses the picture for climate science.

The agency at work is largely global warming as a response to the steady rise in atmospheric carbon dioxide as a consequence of the burning of fossil fuels.

Mountain glaciers represent only one percent of the total ice on the planet: the other 99 percent is found in Greenland—which is melting fast—and in the great frozen continent of Antarctica, where ice mass is being lost at an increasing rate.

But although the mountains of the temperate and tropic zones bear only a tiny percentage of the planet’s ice, their melting accounts for almost a third of the sea level rise currently measured by oceanographers, and this melting will go on to become a big contributor to the sea levels later this century.

Across the border in Canada, glaciologists have warned that the country will lose a huge volume of flowing ice, and while one team has confirmed that air pollution rather than global warming long ago began to strip Europe’s Alps of their glaciers, in general mountain peaks are warming faster than the valleys and plains below them.

Geophysicists and glaciologists have established that the glaciers of the tropical Andes are at risk, and in the Himalayan mountain chain glaciers seem to be in inexorable retreat with consequences that could be devastating for the many millions in the Indian subcontinent and in China who rely on seasonal meltwater for agriculture.

Glaciers are by definition hard to study—they are high, cold and in dangerous terrain—and such research is inevitably incomplete: the scientists, for instance, excluded glaciers smaller than three square kilometers. But together these small patches of flowing ice account for 16 percent of Alaska’s glaciated landscape. The 116 glaciers in the survey together added up to only 41 percent of the state’s glaciated area.

But the pattern established by the Fairbanks team suggests that melting will accelerate with climate change. “Rates of loss from Alaska are unlikely to decline, since surface melt is the predominant driver, and summer temperatures are expected to increase,” said Dr Larsen.

“There is a lot of momentum in the system, and Alaska will continue to be a major driver of sea level change in the upcoming decades.”