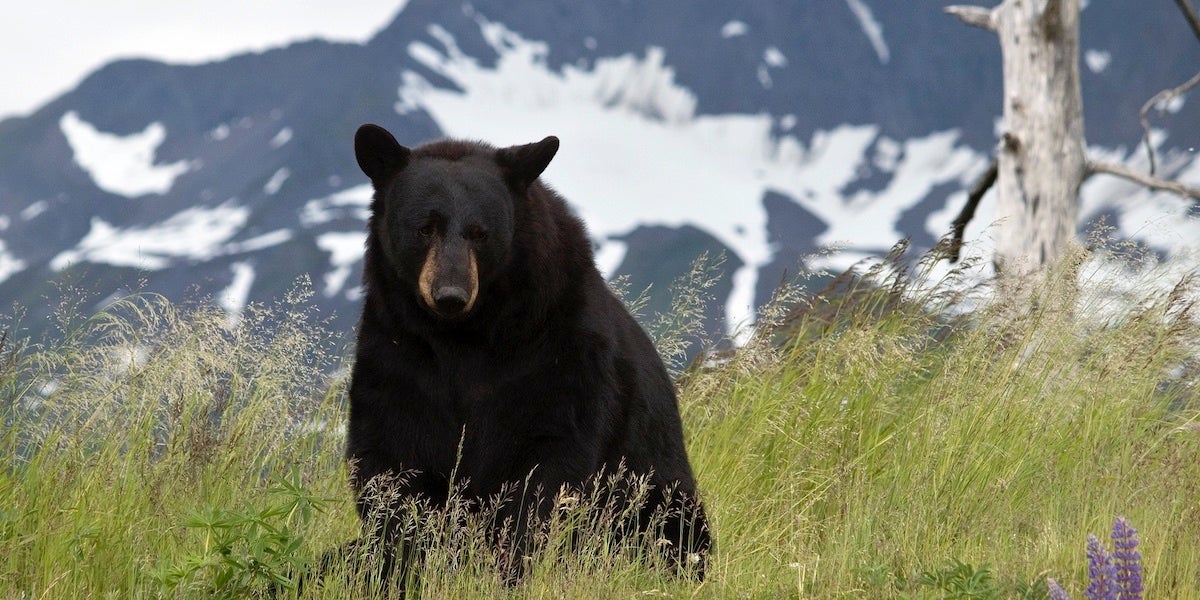 Andrew Renner, 41, and his son Owen, 18 of Palmer,
Alaska were charged this week with several felony and misdemeanor crimes after shooting and killing a mother black bear and her two “shrieking” newborn cubs in their den on Esther Island in Prince William in April.

The pair did not know the bears were part of an observation program by the U.S. Forest Service and the Alaska Department of Fish and Game. Their den was monitored by motion-activated camera, meaning the killings were caught on video and audio.

The younger Renner can even be heard saying, “they’ll never be able to link it to us,” according to court documents
obtained by KTVA.

Alaska state troopers
reported Wednesday that the video shows the Renners skiing up to the remote den. Owen Renner fires two shots at the denning sow, or mother bear. The elder Renner then kills the “shrieking” newborn bear cubs and discards their bodies away from the den.

Two days after the animals were killed, the men returned to the site to pick up their shell casings and to dispose the dead bear cubs.

Andrew Renner brought the mother bear’s remains to the Fish and Game Department in Palmer and falsely reported that he—not his son—killed the sow near Granite Bay in Prince William Sound.

“He further reported that while he realized after shooting it that the sow had teats, no cubs were present or located,” the troopers wrote.

Their vessel, vehicle used to facilitate the hunt and hunting rifles have been seized. Charges against the pair include unlawful take of a female bear with cubs, possession and transport of illegally taken game. Andrew Renner was additionally charged with tampering with physical evidence, contributing to the delinquency of a minor and unsworn falsification in the second degree. The defendants are presumed innocent unless and until proven guilty, the troopers said.

“Owen Renner shoulders a rifle and fires at least two shots at the bear,” Peterson wrote, as quoted by KTVA. “The defendants listen for several minutes and eventually realize that it is not the dead sow, but the orphaned cubs making the sounds. The defendants then move closer to the den where Andrew Renner takes aim through his rifle scope only feet away and fires several more shots, killing the newborn bear cubs. Andrew Renner is captured on video saying. ‘It doesn’t matter. Bear down.'”

The hunt took place on state land but the topic of trophy hunting has reignited under the
Trump administration, which is proposing to overturn an Obama-era rule that protects iconic predators in Alaska’s national preserves. The plan would allow hunters to go to den sites to shoot bear cubs and wolf pups, lure and kill bears over bait, hunt bears with dogs and use motor boats to shoot swimming caribou.

“There isn’t enough outrage in the world to cover the depravity of this wanton crime,” Kitty Block, acting president and CEO of the Humane Society, said in a statement to the Washington Post. “Whenever a trophy hunter displays such disregard for law and animal life, the organizations that promote trophy hunting—and the elected officials who support their agenda—are quick to condemn the scofflaws. And it would be the right thing to do now. But it would also ring a bit hollow because they are working to make this sort of killing perfectly legal on National Park Service lands in Alaska.”