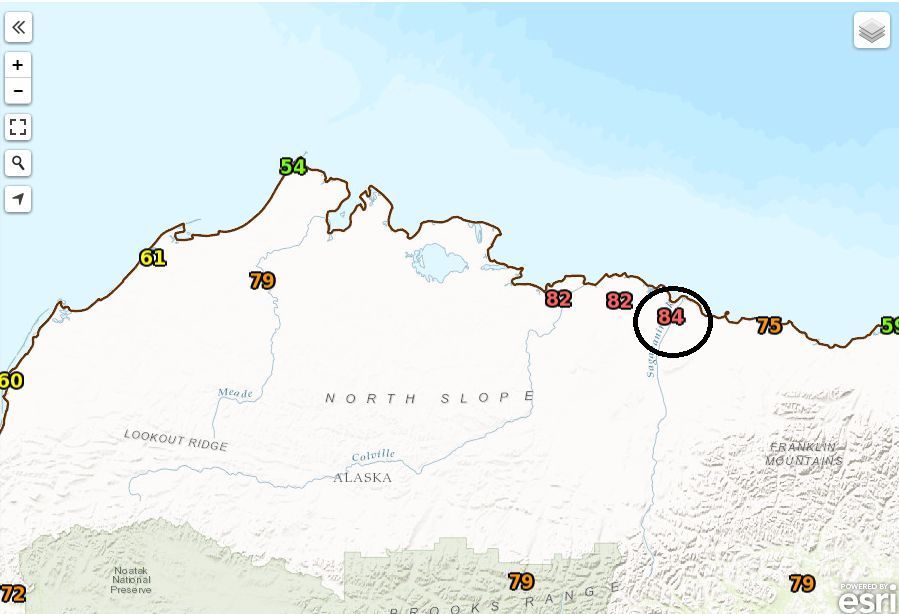 A massive heat wave struck Alaska this week, with the town of Deadhorse witnessing a high of 85 F. This has been the warmest ever in Deadhorse, where average temperatures tend to be 57 F at this time of the year. The temperatures were in the 80s across the region.

The new all-time record of 84°F at Deadhorse is also an AK record for any station within 50 miles of Arctic Ocean. pic.twitter.com/5i7AeK2H0B

The highest ever temperature record in Alaska was in 1915 when it reached 100 F in Fort Yukon on June 27. This year Alaska has witnessed a freakishly warm first six months with the state’s temperature averaging 30.4 F, 9 F higher than normal. As a result, the state’s fire season had an early start this year and more wildfires are feared due to the heat wave.