U.S. Rep. Rob Bishop, a fierce anti-public lands Republican in Utah, is urging President-elect
Donald Trump to
abolish national monuments created by Presidents Barack Obama and Bill Clinton. More than 270 million acres of American land and waters are potentially at risk—an area two and a half times the size of California.

The action would be unprecedented. No president in history has undone the creation of a national monument by a predecessor.

Where would these lands go if Rep. Bishop gets his way? A clue might come from where the congressman, who is chairman of the House Natural Resources Committee, gets his campaign contributions.

Since 1999, Bishop has accepted
$452,610 from oil, gas and coal interests, according to Dirty Energy Money. More than 10 percent of that has come from the coal-friendly National Rural Electric Cooperative Association, which has been leading the fight against the Obama administration’s Clean Power Plan. ExxonMobil, Chevron, Tesoro and bankrupt Arch Coal round out his top-five contributors.

“In Rob Bishop’s world, land owned by all Americans should be taken over by those who see them as nothing but a source of profit for drilling, mining and logging,”
said Randi Spivak public lands director with the Center for Biological Diversity. “Fortunately there are laws that protect places like national monuments—Rep. Bishop apparently doesn’t understand them or doesn’t think they should apply to his ideology.”

“If Rob Bishop has his way, where would it stop? Taking Yellowstone and Yosemite off the list of national parks?,” asked Spivak. 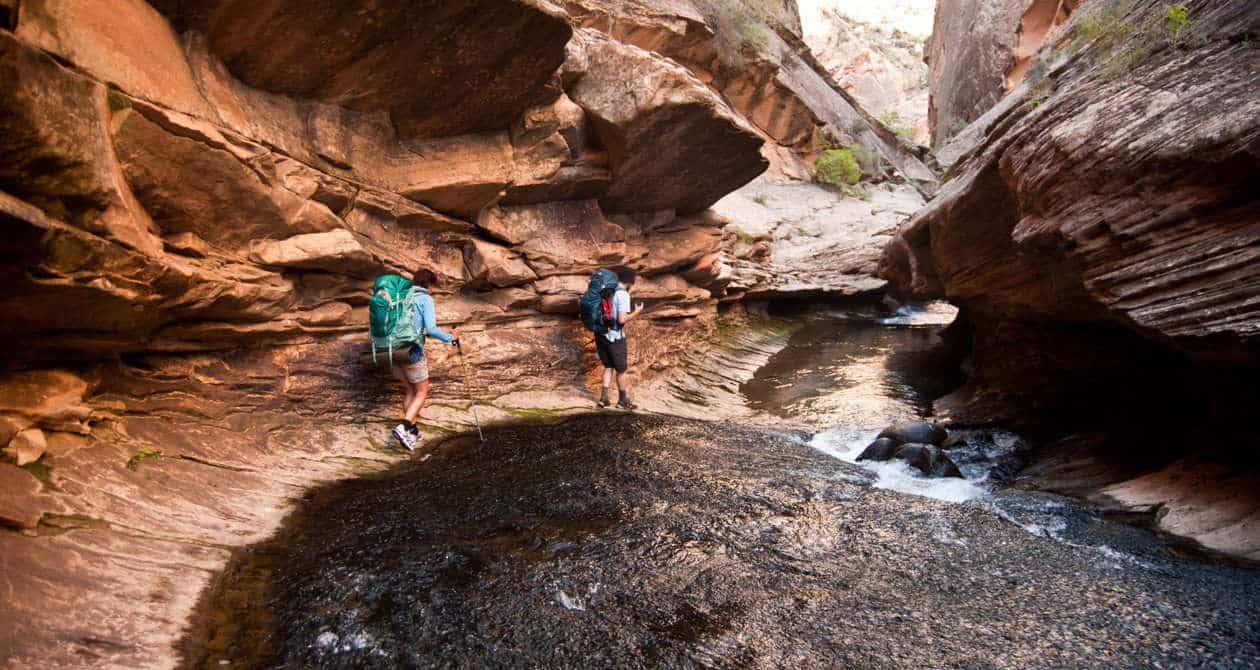 Legal opinion on whether Trump could do away with these national monuments is mixed. An opinion issued by the
Congressional Research Service concluded: “There is no language in the 1906 [Antiquities] Act that expressly authorizes revocation; there is no instance of past practice in that regard, and there is an attorney general’s opinion concluding that the President lacks that authority.”

However, the same report notes that presidents have modified previous designations, both expanding and contracting the areas covered. That essentially means a president could choose to drastically shrink the size of a national monument without abolishing it.

Sixteen presidents—starting with Republican President Theodore Roosevelt—have used the
Antiquities Act to establish national monuments. The 1906 act established presidential authority “to declare by public proclamation historic landmarks, historic and prehistoric structures, and other objects of historic or scientific interest that are situated upon the lands owned or controlled by the government of the United States.”

Along with Roosevelt, other Republican presidents that have used the 1906 Act to create national monuments include William Howard Taft, Warren G. Harding, Calvin Coolidge, Herbert Hoover, Dwight D. Eisenhower and George W. Bush. Nixon, Reagan and George H.W. Bush are the only presidents of either party since 1906 who have not created national monuments.

But, listen here to what Bishop thinks about the Antiquities Act. He actually says, if you like the Antiquites Act, “die.”

Some of the lands protected under the Antiquities Act, such as the Gila Cliff Dwellings and Navajo national monuments, were established to protect significant ancestral Native American sites from robbery and destruction. But Bishop doesn’t care about that, either.

The Bears Ears region in southeastern Utah is home to 100,000 Native American archeological sites, which have seen ongoing looting and desecration. Although 71 percent of Utah voters support the creation of a Bears Ears national monument, Rep. Bishop is firmly opposed and has introduced legislation that would remove protection from 18 million acres of land in eastern Utah and prevent creation of a new national monument.

Congress also has the power to revoke any Antiquities Act designation. And there are opponents of the Antiquities Act that would like to see the act itself
repealed. Efforts to repeal or limit it have been tried before, and are likely to be renewed when the 115th Congress is seated in January.

Despite various legal opinions, the authority of a president to revoke a national monument designation has never been tested in court. With the incoming president and the Republican House and Senate, certain to appoint at least one Supreme Court justice, that authority could be tested at the highest level.

However, many elected officials are speaking out against Bishop’s alarming idea.

“If any administration thinks they’re going to start divesting us of a hundred-year history of lands that belong to every American, they’re going to have to do it over my dead body,” New Mexico Sen. Martin Heinrich told the Albuquerque Journal.

“No president has ever overturned a previous president’s decision to designate a national monument and I sincerely hope that the president-elect respects this precedent so that this treasure of northern New Mexico will be protected and preserved for future generations,” Luján said in reference to the Rio Grande del Norte monument.

“Extremists in Congress may be urging President-elect Trump to take radical and unprecedented actions against our public lands, but I will fight any such actions every step of the way,” Udall said. “I urge Western communities to join me in informing Mr. Trump about the value these lands hold for New Mexicans and all Americans.”