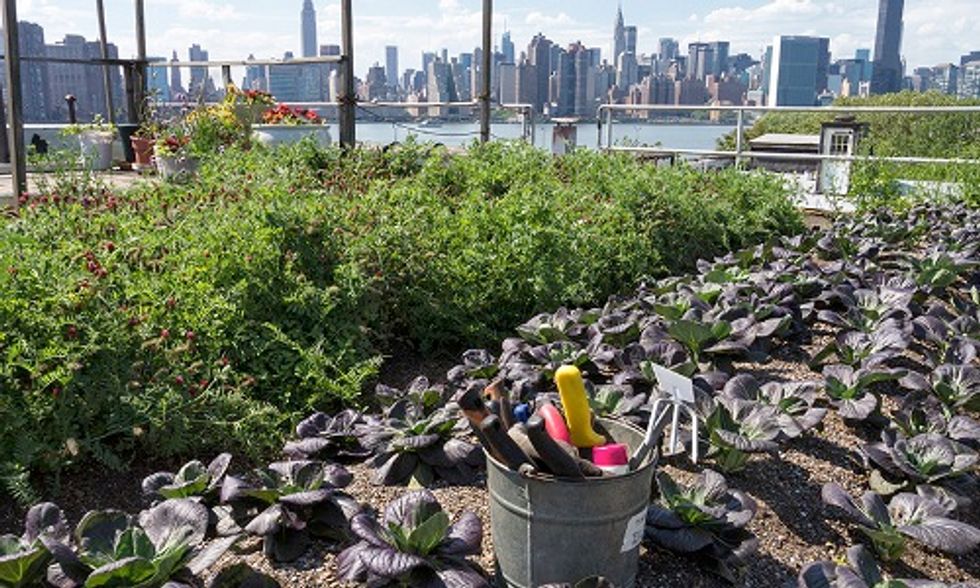 In cities around the globe, an urban gardening revival is under way, with gardeners and farmers digging into backyards and vacant lots, replacing blighted eyesores with lush, productive vegetation.

But as an article in this month's Environmental Health Perspectives from the National Institute of Environmental Health Sciences points out, urban soils are often heavily contaminated with metals, polycyclic aromatic hydrocarbons and other contaminants, prompting questions about the health consequences of urban gardening and providing some new solutions.

Investigators are trying to figure out how to minimize the risk of urban soils. Photo credit: Environmental Health Perspectives

Exposure to pollutants while gardening comes mainly from accidentally ingesting soil or inhaling contaminated dust, either while gardening or after tracking it home on clothing, shoes and tools, according to interim guidelines for safe urban gardening from the U.S. Environmental Protection Agency (EPA). The risk is greatest for small children, who not only are most vulnerable to toxicants but also gleefully put dirty fingers directly into their mouths.

Produce itself tends to be relatively safe, provided it wasn’t grown in heavily contaminated soil and is washed before eating. Most food crops tend not to absorb contaminants and what little they do absorb generally stays in the roots. One notable exception is rice, which absorbs arsenic unusually well.

The article outlines the problem facing urban gardeners. No regulations in the U.S. specifically govern contaminants in soils used for food production and testing for them can be prohibitively expensive. Experts disagree on the severity of the problem, jurisdictional standards conflict and advice about how to remedy or work around urban soils has been fragmented and confusing.

And while alternative growing methods such as rooftop gardens and hydroponics avoid soil contamination issues, they tend to be more expensive and are unlikely to replace gardening in the ground any time soon.

Here are seven ways that urban gardeners can reduce the amount of contaminants in their soil, courtesy of the U.S. EPA: