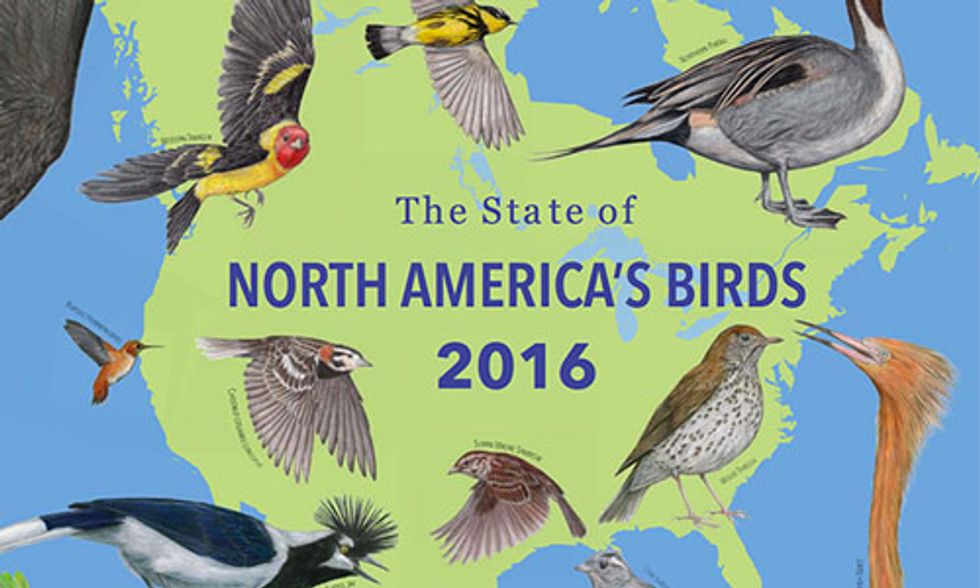 A new report says 37 percent of all 1,154 migratory bird species on the North American continent are at risk of extinction, primarily due to sea-level rise, coastal development, human activity and oil spills.

The report, by the North American Bird Conservation Initiative, noted that birds living in ocean environments face the most risk due to overfishing, pollution and climate change, as do birds living in tropical and subtropics forests.

Key parts of the report include: