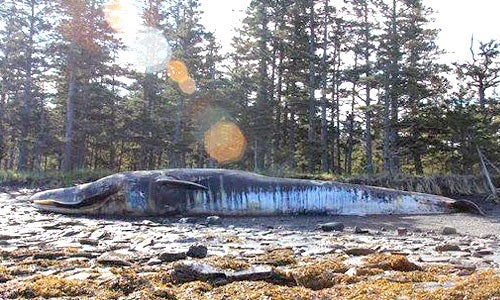 Whales are dying off the coast of Alaska and no one knows why. Yesterday, the National Oceanic and Atmospheric Administration (NOAA) officially declared the recent deaths of 30 large whales in the western Gulf of Alaska an “unusual mortality event,” triggering an investigation into the cause of the mass die off. NOAA defines an unusual mortality event as “a stranding event that is unexpected, involves a significant die-off of a marine mammal population, and demands immediate response.”

Since May, 11 fin whales, 14 humpback whales, one gray whale and four unidentified cetaceans have stranded around the islands of the western Gulf of Alaska and the southern shoreline of the Alaska Peninsula. The uptick is nearly three times the average for the area. Last year, there were only five whale strandings for the entire year. There were also six dead stranded whales reported along British Columbia’s north coast in the last few months, which is a significant increase above annual seasonal numbers for that area as well. 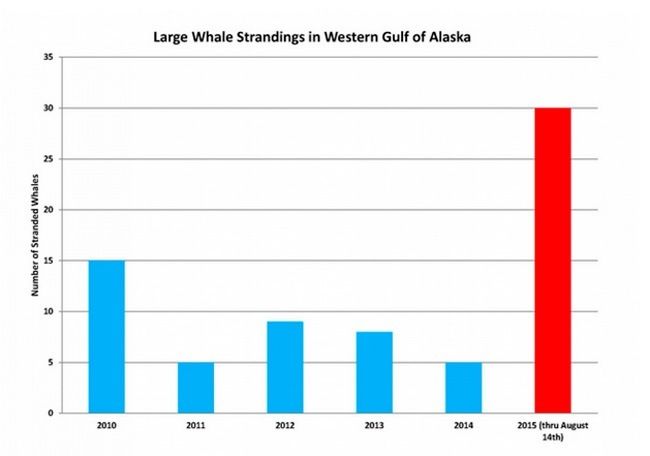 There’s been a dramatic increase in whale strandings off the coast of Alaska and British Columbia and no one knows why. Photo credit: NOAA

“NOAA Fisheries scientists and partners are very concerned about the large number of whales stranding in the western Gulf of Alaska in recent months,” said Dr. Teri Rowles, NOAA Fisheries’ marine mammal health and stranding response coordinator. “While we do not yet know the cause of these strandings, our investigations will give us important information on the health of whales and the ecosystems where they live.”

NOAA is encouraging the public to help out by immediately reporting any sightings of dead whales or distressed live animals they discover, but warns people not to get close or touch the animals. 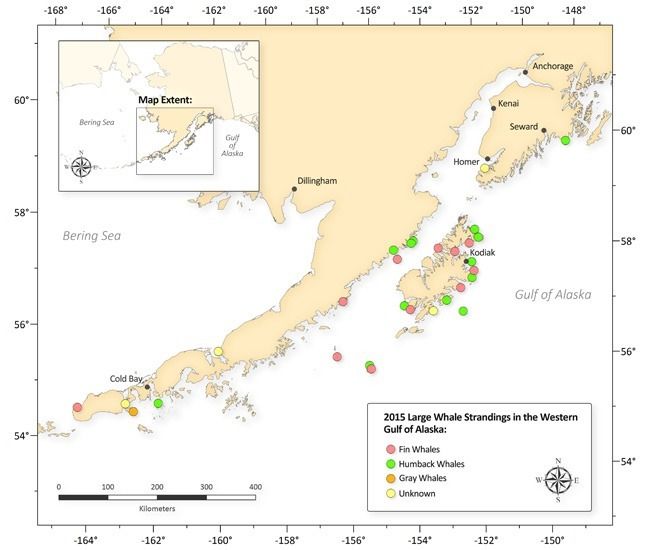 This map from NOAA shows where the whale strandings have been. Photo credit: NOAA

“The prevailing theory is that a large toxic algae bloom off the West Coast might be to blame,” reports CBC News. “However, scientists have been unable to make a concrete connection.”

The West Coast has experienced the largest toxic algae bloom in a decade, forcing the closure of fisheries from California to Washington. This isn’t the first time scientists have linked algae blooms and whale die offs. A toxic algae bloom this spring off the coast of Chile is the suspected cause of death for 20-30 sei whales.