3 Things You Should Know About the Hottest Year Ever Recorded 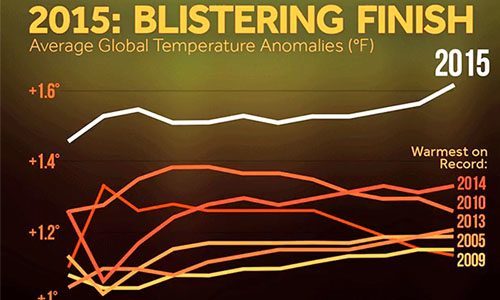 We hate to sound like a broken record, but we keep breaking heat records. Any way you slice it, last year was warm. Unusually so.

National Oceanic and Atmospheric Administration (NOAA) and National Aeronautics and Space Administration (NASA) have both confirmed what scientists have been predicting for months: 2015 was globally the hottest year ever recorded (and the direct temperature records date back to 1880). But what else did scientists determine about the state of the climate in 2015? Here’s what else you need to know. 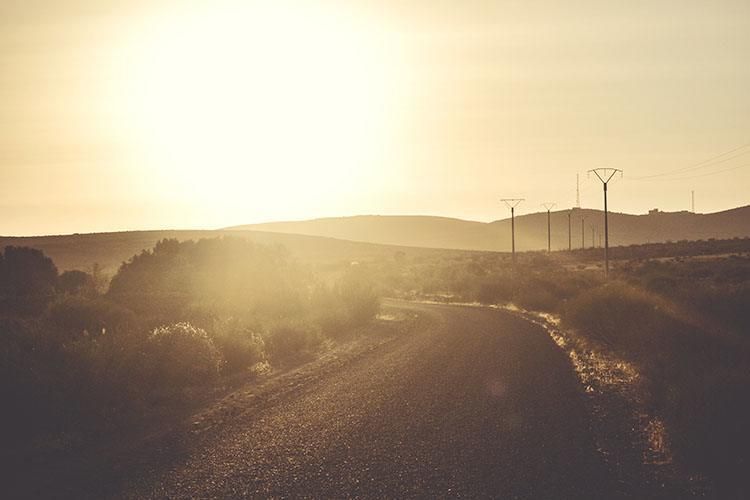 That might not seem like much, but it’s the widest margin by which the global average annual temperature record has been broken—ever.

It’s official https://t.co/dNf6ZVee3P 2015 was the hottest year on record pic.twitter.com/G3MkctLAHX

2. It Wasn’t All Due To El Niño—But It Played A Part

The planet is warming because of manmade carbon pollution and other greenhouse gases emitted from human activities like burning fossil fuels. The planet has warmed about 1.4 F (0.8 C) since 1880 and in 2015 this warming trend continued unabated.

On top of this human-caused warming, an El Niño event began last year and continues into the present. El Niño refers to the natural condition where ocean surface temperatures in the eastern and central Pacific near the Equator warm to levels above the long term average. The 2015/2016 El Niño rivals the one from 1997/1998 as the strongest since record-keeping began (in terms of ocean surface temperatures above the long-term average).

El Niño events are a result of complex circulations in the ocean and atmosphere. They occur roughly every four to seven years and have a big impact on weather patterns globally. El Niño events can cause short-term spikes in average global temperatures, but they are not behind the long-term warming we’ve experienced over the past century. An increasing body of research suggests that strong El Niño events might happen more frequently as our planet continues to warm and our climate changes.

The bottom line? El Niño makes temperatures change from year to year, but in the long run, the Earth is steadily warming and it’s due to human activity.

3. Fifteen of the 16 Hottest Years on Record Globally Have Occurred After 2000

Of these 16 years, 1998 was the only one that occurred in the 20th century—and like 2015, 1998 was a strong El Niño year. While climate scientists don’t expect every year to be record warm (due to these natural fluctuations), there is already evidence to suggest this time next year we’ll be writing about 2016 being the new hottest year on record. The writing is on the wall: as humans continue to burn fossil fuels, our climate will change.

As atmospheric scientist Katharine Hayhoe told the Associated Press, “It’s getting to the point where breaking record is the norm. It’s almost unusual when we’re not breaking a record.”

It’s clear the Earth’s climate is changing. How do you make a difference? Join former U.S. Vice President Al Gore for a Climate Reality Leadership Corps training. We bring together renowned climate scientists and communicators to give you the tools to fight denial and inspire others to take action. Learn more at the Climate Reality Training Corps website.