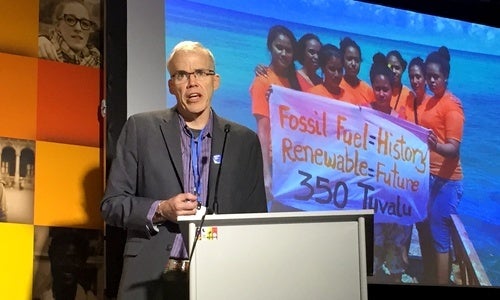 The fossil fuel divestment campaign has broken a new record at COP21: More than 500 institutions representing more than $3.4 trillion in assets have made some form of divestment commitment according to 350.org and Divest Invest, two organizations coordinating the growing movement. 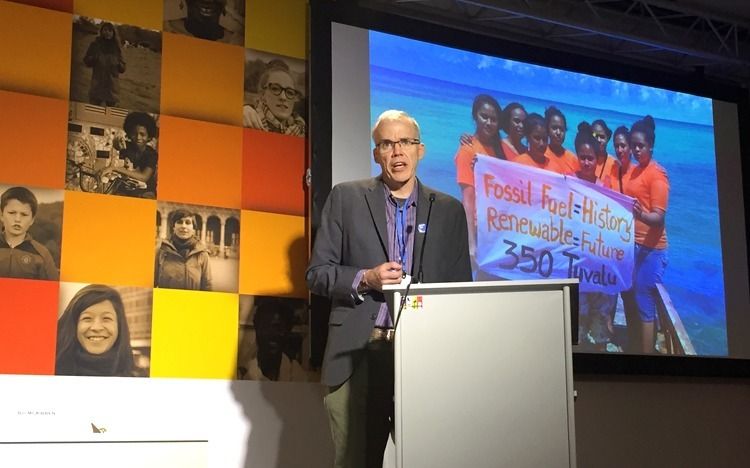 The new numbers are another impressive leap for the divestment effort, although campaigners are quick to point out that some of the commitments are only partial divestments and the $3.4 trillion represents the total amount of assets represented by institutions, not the amount of money divested, which is difficult to track due to varying degrees of disclosure.

Today’s announcement is another sign in the early days of the Paris climate summit that investors are reading the writing on the wall and dramatically shifting capital away from fossil fuels and towards clean, renewable energy.

On Monday, Bill Gates and a group of investors announced the launch of a multi-billion dollar private sector coalition, Breakthrough Energy Coalition, to accelerate clean energy innovation. Other voices, including many of the world’s most vulnerable countries, are demanding that the Paris agreement send a clear signal that the age of fossil fuels has come to an end and the dawn of renewables is irreversible.

The institutions that have joined the fossil fuel divestment campaign hope that their actions can push governments to follow suit by shifting public finance from fossil fuels to climate solutions. Many are calling on governments to specifically make good on their promises to end fossil fuel subsidies and fulfill their climate finance commitments.

Organizers will announce a series of new divestment announcements and endorsements Today, including:

Some of the most notable new announcements since Sept. 21 include:

The commitments vary in their exact language and some are only partial divestment commitments or just apply to a particular fossil fuel, such as coal or tar sands. At many institutions on the list, activists are still pushing for more action. The top line number refers to the number of assets under management by the institutions that have made a commitment, not the amount of money directly removed from fossil fuels. The goal is to demonstrate that a growing number of significant institutions are either reducing their carbon risk, taking a moral stance on fossil fuels, increasing investments in climate solutions or all of the above.