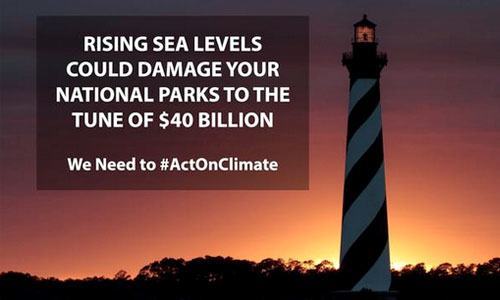 Many of the U.S.’s loveliest national parks—favorites for tourists, families and recreational athletes—lie along its shores. They attract millions of visitors a year and they are under threat from rising sea levels caused by climate change. 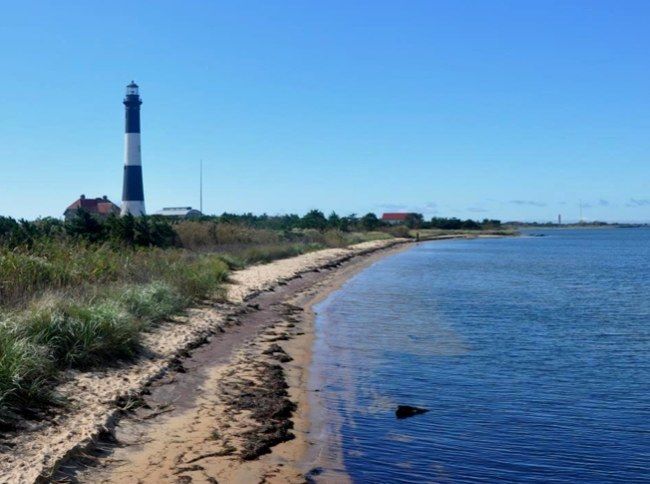 Just ahead of the two-year anniversary of the announcement of President Obama’s Climate Action Plan, as well as the heavy summer tourist season, U.S. Secretary of the Interior Sally Jewell released a study, Adapting to Climate Change in Coastal Parks: Estimating the Exposure of Park Assets to 1 m of Sea-Level Rise, compiled by the National Park Service and Western Carolina University’s Program for the Study of Developed Shorelines. It looked at 40 parks in the contiguous 48 states considered most threatened and found that more than $40 billion in park infrastructure and historic and cultural assets is at risk of being damaged by rising sea levels. And those comprise only a third of those considered at risk—the study is ongoing and an analysis of an additional 30 parks will be released later this summer.

“National Park Service (NPS) coastal units contain the last remaining large stretches of relatively undeveloped shorelines in the nation,” says the study. “These parks contain a wide range of natural resources, cultural resources and recreational facilities. The parks also contain infrastructure providing access to each unit. Over the next century (and beyond), more NPS resources will be exposed to and threatened by rising ocean waters. Numerous coastal units, particularly low-lying barrier parks, are already dealing with sea-level rise (SLR) threats to resources and assets.”

New reports finds climate change could cause $40B in damage at national parks http://t.co/TEbFE55FbE #ActOnClimate pic.twitter.com/iKjSJRgkXP

Most endangered are the low-lying barrier parks on the country’s southeastern Atlantic seacoast. The cost of rebuilding or replacing historic structures such as lighthouses and tourist centers at North Carolina’s Cape Hatteras National Seashore in North Carolina alone is estimated at nearly $1.2 billion—without even factoring in loss of lands and tourist income.

Ten NPS national seashores listed most at risk are popular destinations for millions of Americans including some of its most visited and beloved beach areas.