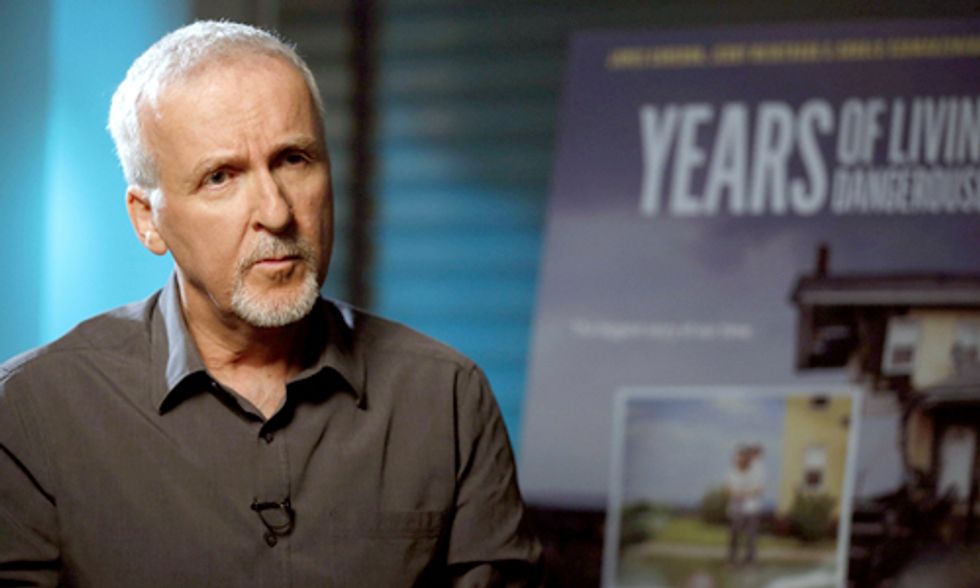 Fueled by warmer temperatures and added moisture in the air, a storm system coils like a snake ready to strike. Rising seas stand poised to obliterate shoreline developments and cityscapes. The brown, dry soil of once-verdant farmland threatens food security for millions, all while the number of mouths to feed grows. Wildfires rage and burning peat lands belch black carbon and greenhouse gases into our thin shell of an atmosphere.

For the first time since An Inconvenient Truth, we have a media vehicle with the potential to ignite a decisive conversation on climate.

And that’s how climate change is affecting real people, right now, all over the globe. Years of Living Dangerously on SHOWTIME features an exceptional cast of world-class journalists and celebrity reporters documenting the impact of climate change worldwide. Over nine episodes, we show that climate change is 100 percent a people story.

World leaders just affirmed the latest in a series of reports of the Intergovernmental Panel on Climate Change, the Nobel Prize-winning authority on climate science. These reports are uncompromising in their assessment that climate change is real, it’s us, it's now, it's getting worse, and we’re not prepared. The latest report makes clear we have the clean energy technologies to start slashing carbon pollution at very low cost, much lower than the cost of inaction—but the window to act is closing fast.

These are the years of living dangerously. But they are also years of hope.

Read the full post on the World Bank Voices blog.

Years of Living Dangerously is a nine-part series, airing Sundays at 10 p.m. ET/PT on SHOWTIME.