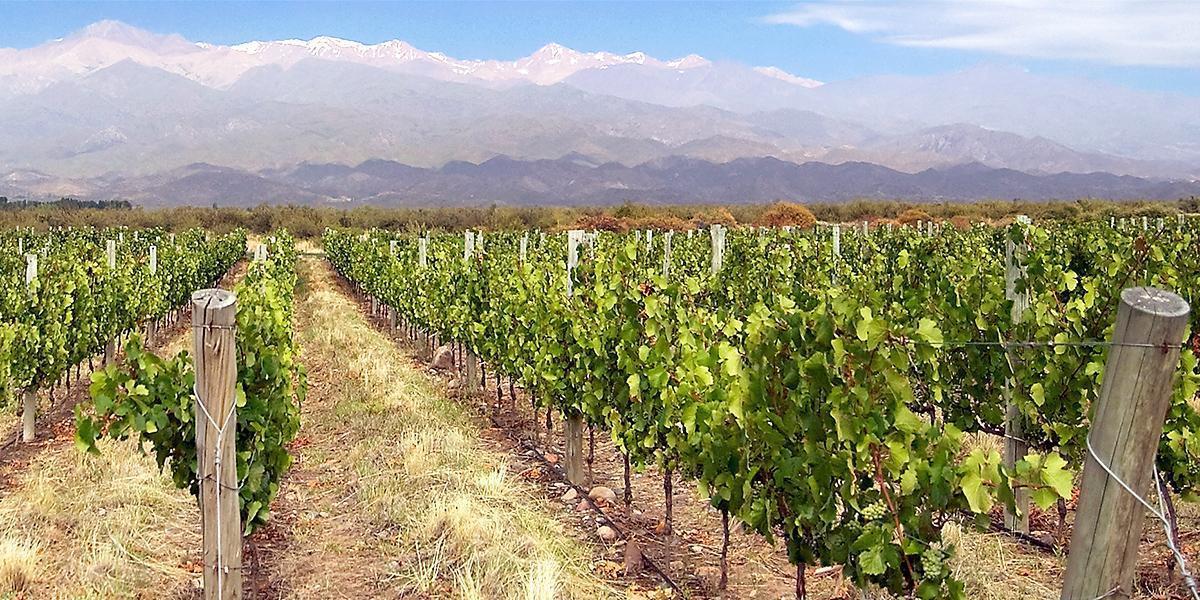 A new Global Wine Index outlines the most at-risk wine regions according to natural disasters, rising temperatures and other climate change factors. Unfortunately, some of the world’s finest grapes are unlikely to survive.

The index was created by a multidisciplinary European-Australian research team of engineers, seismologists, meteorologists, scientists and wine lovers, who analyzed 110,000 wineries in 131 countries that produce a combined total of 26 billion liters of wine a year.

At the top of the list is Argentina’s Mendoza region, which experiences a smorgasbord of obstacles for growing grapes.

“We see that Mendoza in Argentina, which has earthquakes, hail, floods, the whole gamut of natural hazards… is number one,” said James Daniell of the Karlsruhe Institute of Technology in Germany and co-author of the research.

Just behind Argentina, the most at-risk regions are in the following order: Kakheti and Racha regions in Georgia, the southern Cahul region in Moldova, northwestern Slovenia in fourth place, and tied for fifth are the Yaraqui Valley in Ecuador and Nagano, Japan. All in all, wine contributes a staggering $300 billion to the world economy every year. 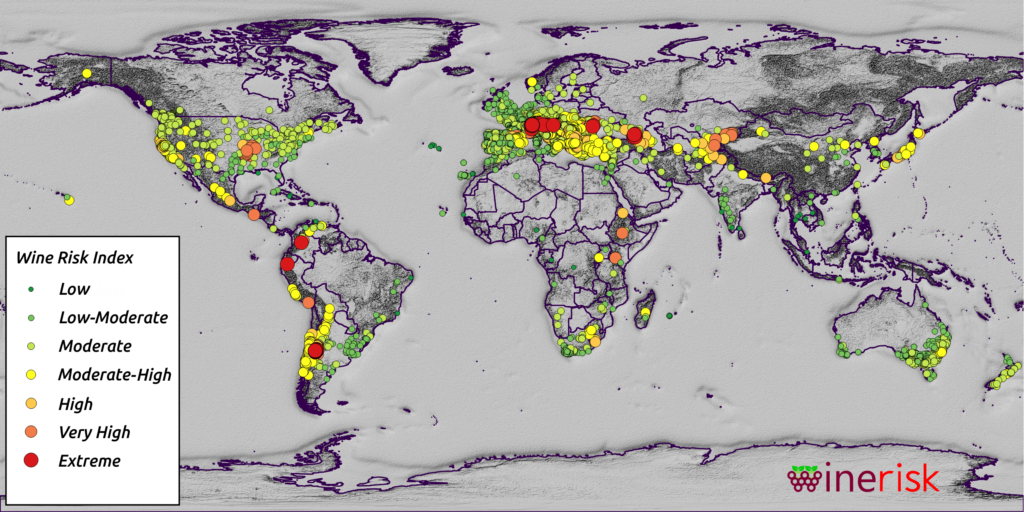 So wine is kind of a big deal, but is it enough to send a message about climate change? The new site offers enlightening advice on some of the most common risks associated with our most beloved wine regions. Italy, which contributes 4.9 billion liters annually, is facing hail, frost and earthquakes as the number one threats to vino. In France, it’s frost, hail and storms. And in Spain, it’s hail in the northwest, frost and heat. As for American wine, since most of it comes from California, one of the biggest threats is earthquakes.

According to the site, by looking at climate models, wine regions will generally shift both southward and northward. Southern Italy and southern Spain, therefore, will see the biggest losses. This data is meant to help winemakers make better decisions about their grapes to stave off any effects of climate change.

“This uses data going back from 1900 onwards,” said Daniel. “They can at least identify that they are at risk and… do something about it to mitigate it.”

Some of those methods are using anti-hail nets for the vineyards, tying up stored wine bottles to withstand the shock of an earthquake, using a “hail cannon” as France’s Burgundy region is doing to seed clouds with stone-shrinking silver iodine or by simply just taking out some old-fashioned crop insurance.