Feral Horses Gallop to the Rescue of Butterflies in Distress 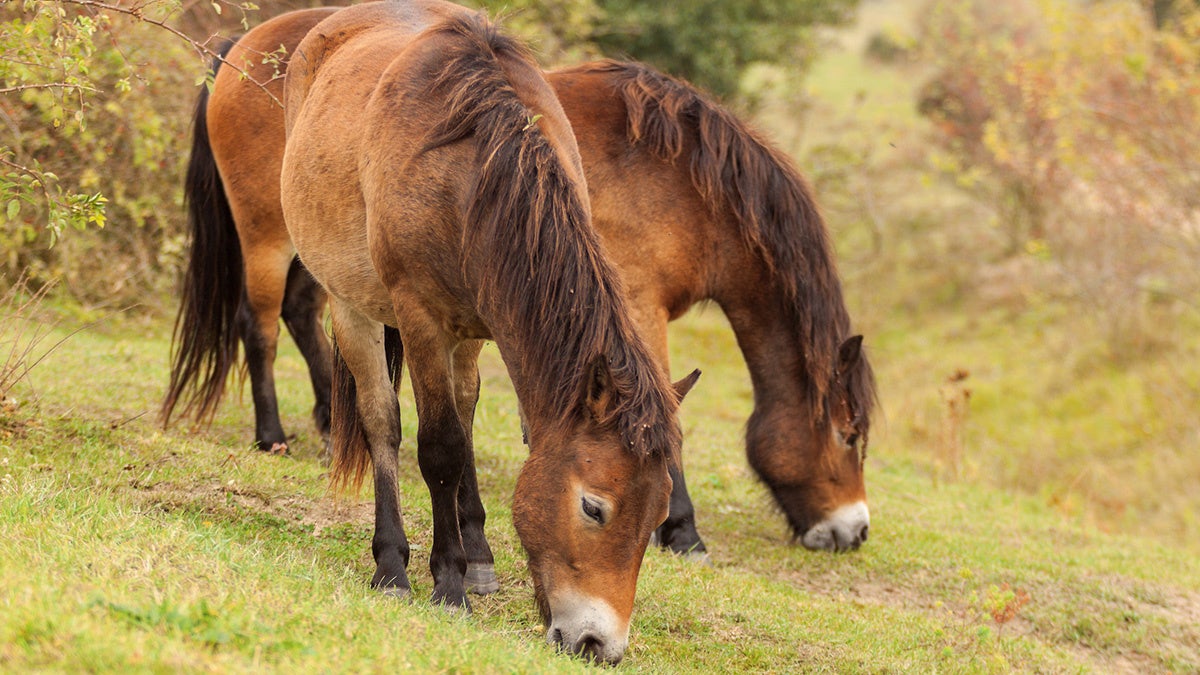 Wild Exmoor ponies graze on a meadow in the Czech Republic. rapier / iStock / Getty Images Plus

In the Czech Republic, horses have become the knights in shining armor. A study published in the Journal for Nature Conservation suggests that returning feral horses to grasslands in Podyjí National Park could help boost the numbers of several threatened butterfly species.

In 2017, wildlife organizations laid out their plan to introduce Exmoor ponies (Equus ferus caballus) to the dry, temperate grasslands of Podyjí along the Czech border with Austria. They aimed to “rewild” the region and restore natural ecosystems by allowing the land and its native species to develop free from human influence. 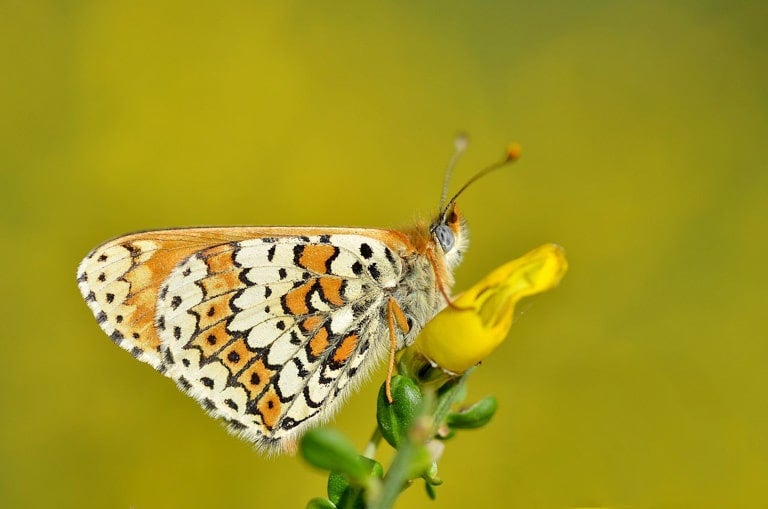 At the same time, a team of researchers led by Martin Konvička, a researcher at the University of South Bohemia in the Czech Republic, began monitoring butterfly species in the reintroduction sites to predict how they would respond to this “refaunation,” as scientists call the reintroduction of animals. Their results showed that the horses’ grazing would likely improve conditions for many of the butterfly species that live in the area.

It turns out that horses encourage habitats that many butterflies flock to. By trampling and feeding on tall shrubs, young twigs and fruits, horses keep the grasslands short, which some butterfly species prefer. They also don’t disturb the land as much as mowing or more intensive livestock grazing would.

Konvička and his team studied the population size, movements and larvae of five species of checkerspot butterflies, including four that are listed as endangered or critically endangered nationally. For more than two months, the researchers scoured the park’s fields to find as many butterflies as possible. They marked them with unique codes using felt-tip pens and took note of their species, sex and wing wear on a scale of “fresh” to “heavily worn.” Then they released them, only to repeat the procedure the next day.

To study checkerspots, Konvička said, “you need a group of dedicated people at the spot, ready to work every day with no days off for most of the summer, when most humans prefer to be at a beach.”

The researchers’ analysis allowed them to predict how the butterflies might respond to the reintroduction. The results showed that each species tends to specialize in different habitats. Some prefer short grass and woodland edges, and others like exposed rocks and ditches.

“The ongoing insect/pollinator crisis is at least partly due to homogenization of land use in agriculture, forestry, et cetera,” Konvička said in an email. In other words, these human impacts are making landscapes more uniform with less variety, reducing the chances that they’ll provide the right habitat for multiple species of butterflies.

That means “everything which brings back a semblance to pre-industrial/prehistoric conditions will help,” Konvička added. 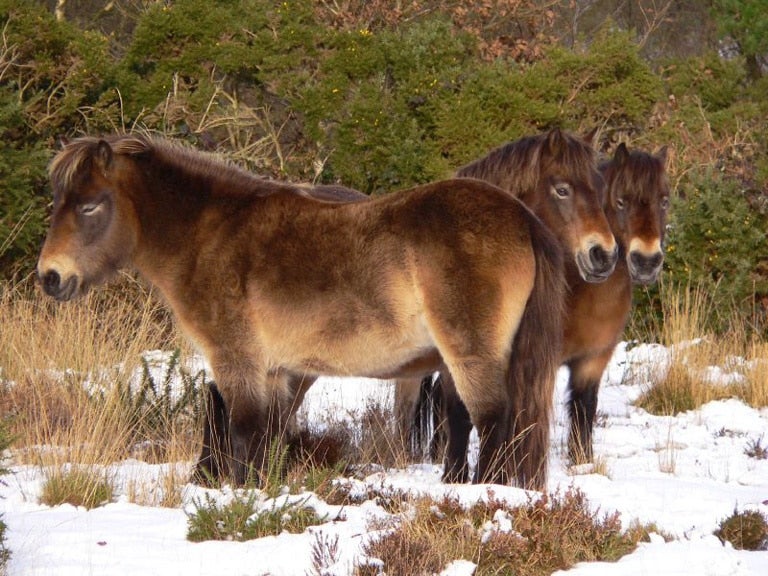 One of the organizations involved in this project, the nature conservation NGO European Wildlife, decided to replicate their refaunation efforts after the success of reintroducing Exmoor ponies to a former military base in Milovice, also in the Czech Republic. That project demonstrated how butterflies benefited from the presence of Exmoor ponies, a breed native to the British Isles. They’re also one of the oldest and most primitive horse breeds in Europe and handle cold weather well.

Dalibor Dostal, director of European Wildlife, said part of the challenge was “to give people confidence in natural processes.”

Four of the studied butterfly species prefer habitats that horses help create and maintain. But the study also shows that the rarest of the five species, the Assmann’s fritillary (Melitaea britomartis), will likely be threatened by the reintroduction due to the decrease of tall vegetation that it prefers.

The study site, which is also a former military base, was once home to other species like the hermit butterfly (Chazara briseis). The concrete military structures and ecological changes left behind from World War II drove out some species, but they created ideal living conditions for the Assmann’s fritillary. The reintroduction of the horses will likely transform the landscape again. 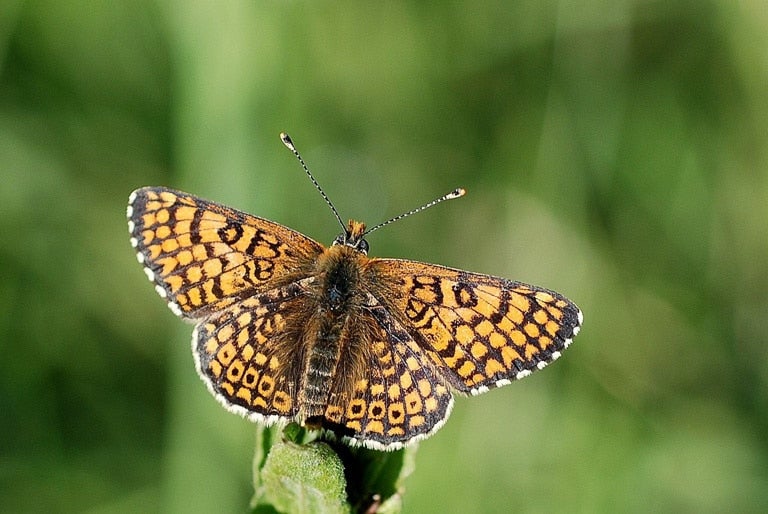 Konvička said that studies like this one could help predict those impacts before they occur.

“Detailed knowledge of [the ecology] of focal insects may point to rewilding-associated risks,” he said.

He recommended the regulation of horse population sizes, as well as incrementally enlarging the project sites to avoid the risk of overgrazing, which could clip down the vegetation to a uniform length that’s not ideal for many butterflies.

“I think the introduction of feral horses in such dry grasslands is an excellent idea,” said Roel van Klink, a researcher at the German Centre for Integrative Biodiversity Research at the University of Leipzig, who was not involved in the study. 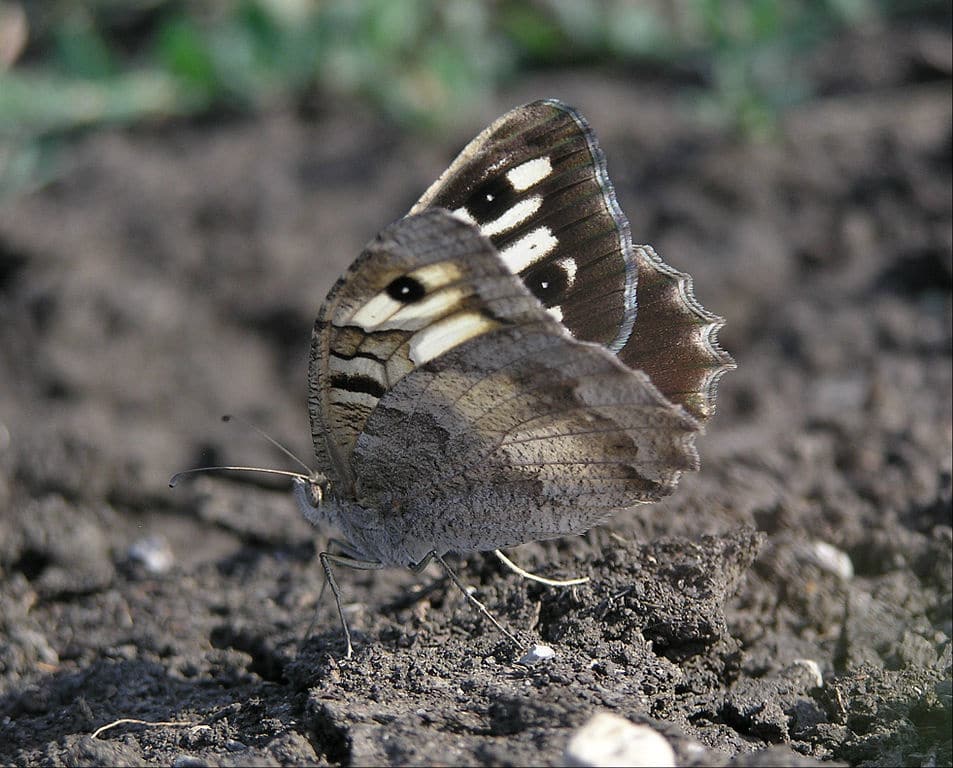 “At this moment many such grasslands face abandonment, because appropriate management with livestock is very expensive,” van Klink said in an email. “We know that if no management would take place at all, such grasslands would turn into … cold, dark forests with not much undergrowth. This would certainly lead to the extinction of all five butterfly species from the site.”

Konvička said he believes many projects neglect the role of missing “ecological engineers” — sometimes called “ecosystem” engineers — that is, species that serve significant functions through the alteration, maintenance or destruction of habitats. As with the Exmoor ponies in this case, they may not be the original inhabitants, but the aim of rewilding is to get the ecosystem functioning again.

“At the scale of national parks, restoring all the missing ecosystem components is the only way in the long term,” he said.

Nanticha Ocharoenchai is a communications graduate and environmental writer from Thailand, where she initiated the climate strike movement.