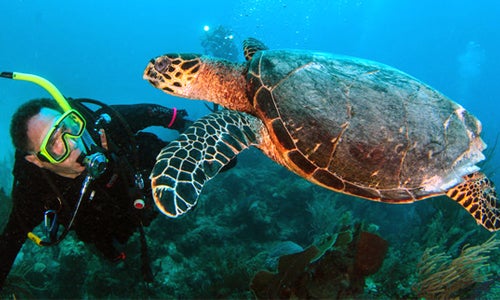 For more than half a century, the Straits of Florida, the thin band of blue water that courses northeastward between the U.S. and Cuba, have been invoked in political discourse to underscore the seemly insurmountable divide between our countries. But dunk your head underwater and you’ll see that, in fact, these warm, rich waters inextricably unite us. 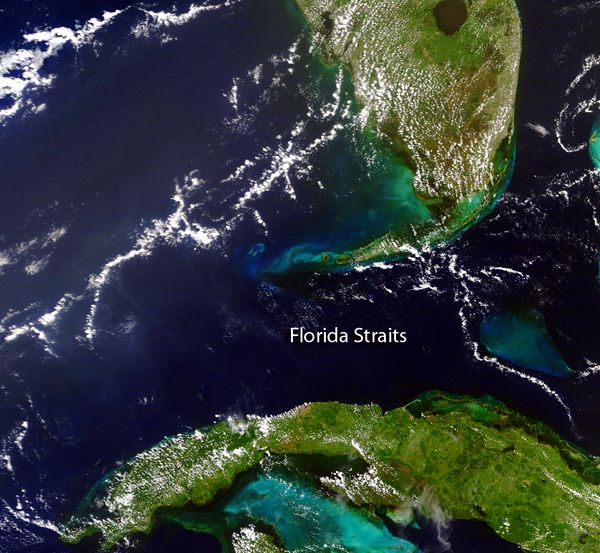 Many of the beloved sea turtles that nest on U.S. beaches forage in Cuban waters and vice versa. Sharks, whales and other migratory species regularly cross our respective borders. And Cuban fish grow up to become American fish. Studies show that larvae from grouper and snapper in Cuba hitch a ride in the swiftly moving currents into Florida’s waters where they become adults.

The simple fact is that the U.S. and Cuba share a rich marine ecosystem that both nations depend upon. If we are to understand and protect this shared ecosystem, we must work together. Sometimes neighbors don’t get along, but when something goes wrong in the neighborhood, they must rise above their differences and find a way to work together.

Unfortunately, something has gone very wrong in our neighborhood. A major report released in 2014 from the International Union for the Conservation of Nature (IUCN) reveals an average decline of coral cover in the Caribbean of more than 50 percent since 1970. Corals are dying from a deadly combination of factors. Nutrient pollution, carrying fertilizers from farms and back yards, is fueling the growth of coral-smothering algae. Overfishing is removing parrotfish and other fish that graze on algae, keeping it in check. Thanks to a warming climate, corals are being pushed to the brink of their thermal limits.

The reefs I delighted in as a teenager in the Florida Keys are unrecognizable today. The Caribbean’s most iconic coral species, elkhorn coral, is now estimated to be 95 percent extinct from Caribbean waters. The IUCN report, the most comprehensive to date, offers the somber prognosis that without swift and meaningful action, “Caribbean coral reefs and their associated resources will virtually disappear within just a few decades…”

Many in the conservation community abandoned hope for the Caribbean. I had nearly lost hope myself. But several years ago, I started seeing something strange in Cuban waters: Cuban coral reefs were healthy — strikingly so. In Cuba’s Gardens of the Queen National Park, an archipelago 50 miles off Cuba’s southern coast, I beheld magnificent stands of healthy elkhorn coral, teeming with colorful grunts, snappers and angelfish, a stand that I later learned was part of a barrier reef system that extends for more than 30 miles. I came face-to-face with Goliath groupers, a critically-endangered species, more than triple my weight. I found myself surrounded by dozens of healthy Caribbean reef sharks, silky sharks, tarpon and myriads of other vibrant fish and corals. And just as Cuba is often described as frozen in time, I felt I was immersed in a living time machine evidencing none of the decay and disease the rest of the Caribbean had suffered over the past half century. Cuba’s reefs are likely so healthy in part because the island has developed so differently from the rest of the Caribbean. But it’s also because Cuba has taken meaningful actions to protect its reefs. Cuba’s Gardens of the Queen is the country’s first marine protected area (MPA) established in 1996. At nearly 1,000 square kilometers, it is the largest fully-protected MPA in the Caribbean. Cuba has made a national commitment to protecting 25 percent of its marine waters, a world-leading figure compared to the worldwide average of 1 percent.

Thanks to Cuba, many of us are now filled with hope for the Caribbean. If we can study this living laboratory to fully understand what is keeping the coral reef ecosystems so healthy and resilient, we can gain insights that can guide coral reef restoration efforts throughout the Caribbean. Working with our Cuban colleagues, we are preparing an international scientific workshop with this very purpose, to learn from one of the last living coral reef laboratories, to understand what a healthy coral reef ecosystem is supposed to look like and how we can best protect it. 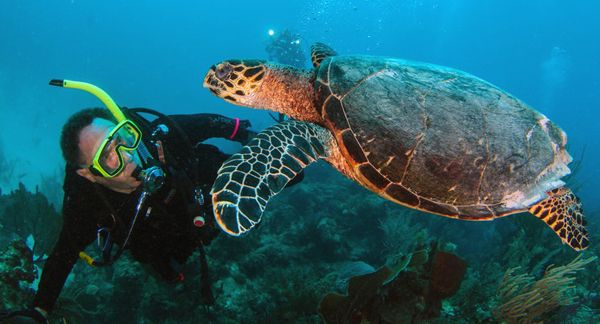 As an American, working in Cuba has been exceedingly difficult. Restoring diplomatic relations represents an important step forward and may finally allow government-to-government collaboration in marine science and conservation, something we have been trying to encourage for years. Removing Cuba from the “State Sponsors of Terrorism” list (and ultimately, lifting the trade embargo) will make it possible for us to export equipment critical for our work, currently prohibited or restricted by regulations.

Long before the 1959 revolution and the subsequent severing of diplomatic relations, the U.S. and Cuba shared a fruitful history of scientific collaboration stretching from the mid-19th century. Today, more than ever, our futures, and perhaps that of the Caribbean, depend upon such collaboration, to study, manage and protect our common resources, to learn from one another, and to teach the next generation about the wonders of its natural heritage. We have a beautiful neighborhood to care for. And neither of us can do it alone.