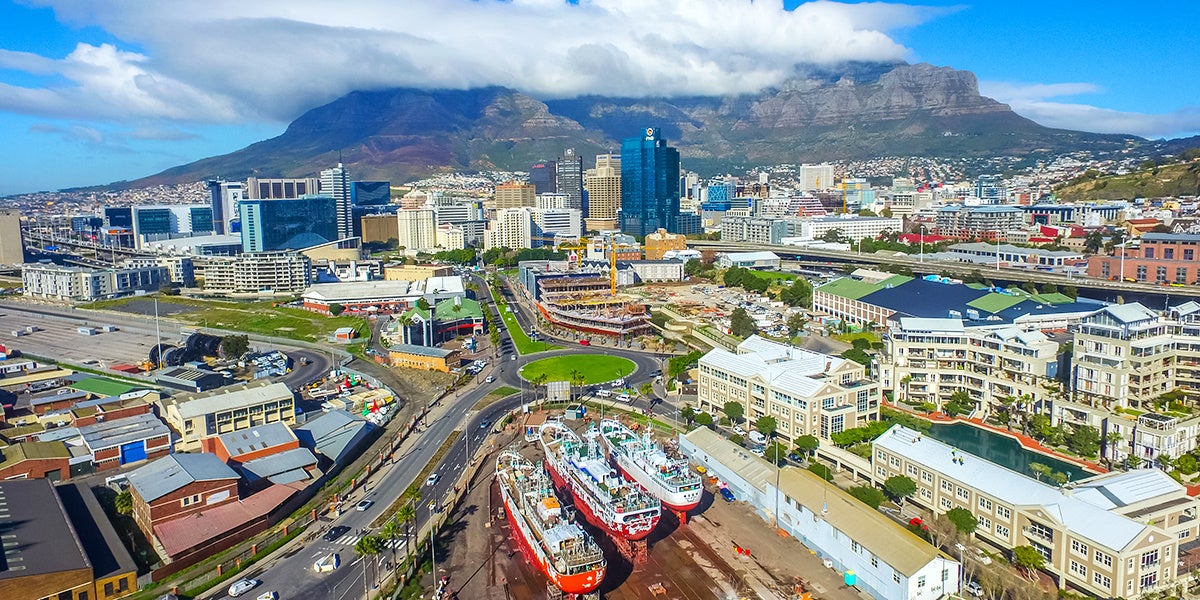 Water scarcity is now a real threat in two developing countries at the forefront of efforts to reduce climate change, India and South Africa.

This is not the tragically familiar story of extreme weather, stunted crops and foreshortened lives. It is a different sort of threat: to urban life, to industrial development and to attempts to end poverty.

The researchers found that 90 percent of these thermal power plants are cooled by freshwater, and nearly 40 percent of them experience high water stress. The plants are increasingly vulnerable, while India remains committed to providing electricity to every household by 2019.

Between 2015 and 2050 the Indian power sector’s share of national water consumption is projected to grow from 1.4 to nine percent, and by 2030, 70 percent of the country’s thermal power plants are likely to experience increased competition for water from agriculture, industry and municipalities.

Between 2013 and 2016 14 of India’s 20 largest thermal utility companies experienced one or more shutdowns because of water shortages. WRI calculates that shutdowns cost these companies over INR 91 billion ($1.4 billion) in potential revenue from the sale of power.

It says water shortages canceled out more than 20 percent of the country’s growth in electricity generation in 2015 and 2016.

The report offers solutions, including notably a move towards solar and wind energy. India already has a target for 40 percent of its power to come from renewables by 2030, under the Paris agreement on climate change.

“Renewable energy is a viable solution to India’s water-energy crisis,” said Deepak Krishnan, co-author of the report. “Solar PV and wind power can thrive in the same water-stressed areas where thermal plants struggle …”

A policy brief produced by WRI and the International Renewable Energy Agency details ways for India’s power sector to reduce water usage and carbon emissions by 2030.

In Africa the dangers of water scarcity for one of the continent’s best-known cities, Cape Town, are imminent and, some believe, almost apocalyptic.

The city faces the prospect within three months of becoming the world’s first major city to run out of water, al-Jazeera reported.

It said the city’s water supplies are now so low that in late April it will declare “Day Zero,” the day when its reservoirs fall below a combined capacity of 13.5 percent.

This will mean Cape Town turning off the taps, except in the poorest neighborhoods, and installing around 200 water collection sites across the city.

Water usage in the Western Cape province, which includes Cape Town, is now limited to a daily ration of 87 liters per person. If Day Zero dawns, that will drop to about 25 liters. The World Health Organization said about 20 liters should be enough “to take care of basic hygiene needs and basic food hygiene.”

The province has had three years of drought. Kevin Winter, a senior lecturer in environmental science at the University of Cape Town, told al-Jazeera that as a winter rainfall region, people would normally expect rainfall to start somewhere around April.

“But that’s no longer the case, it comes a whole lot later at the end of June, or in early July, if we are lucky,” he said. “We are experiencing a rapid change in our weather patterns, which is increasingly evident of a climate change…”

Bridgetti Lim Bandi, who has lived in the city all her life, said Cape Town’s rainfall pattern had changed dramatically within the last two decades. “We don’t have a traditional Cape Town winter any more,” she told al-Jazeera.

Helen Zille is premier of the Western Cape province. She wrote on Jan. 22 in the Daily Maverick: “The question that dominates my waking hours now is: When Day Zero arrives‚ how do we make water accessible and prevent anarchy?

“And if there is any chance of still preventing it‚ what is it we can do? … the challenge exceeds anything a major city has had to face anywhere in the world since the Second World War or 9/ll.”