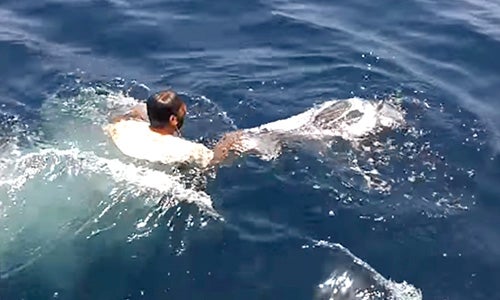 A video of a Pakistan fisherman is going viral after saving a sea turtle entangled in a plastic bag in the Arabian Sea. 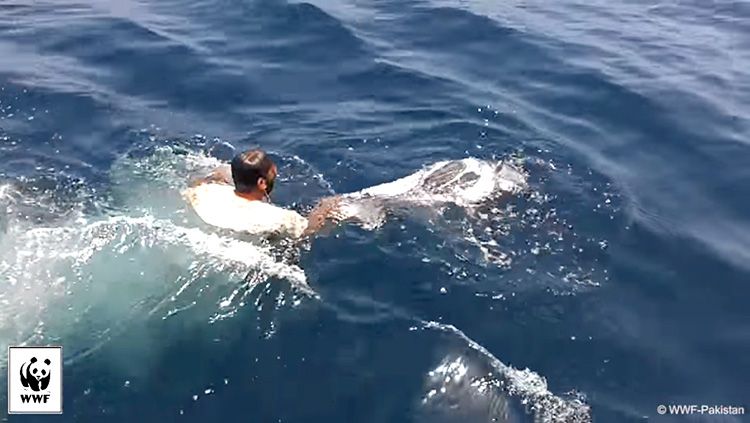 Amir Rahim was on a tuna fishing boat about 180 nautical miles off the coast of Karachi, Pakistan, when he saw an olive ridley sea turtle trapped in a polypropylene woven bag, the Huffington Post reported. The turtle was struggling to swim with the bag dragging behind it.

Rahim is a trained observer for the World Wide Fund for Nature—Pakistan. The Huffington Post reported he had “seen plenty of turtles entangle in floating fishing nets,” but had never seen one trapped in a floating bag. 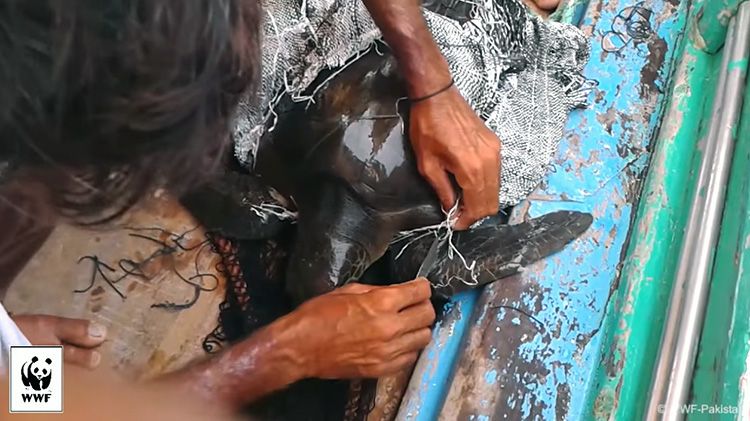 Rahim cuts the plastic bag off of the turtle. Photo credit: WWF, Facebook

“Fishermen and other seafarers need to be educated about the hazards of throwing plastic stuff into the sea as it may kill a marine animal,” he told DAWN.com.

Every year, 8 million metric tons of plastic end up in the oceans, according to Coastal Care. Eighty percent of those plastics come from land-based sources. Sea turtles are highly vulnerable to pollution and plastics. They can die from getting entangled in plastic materials or even ingesting them.