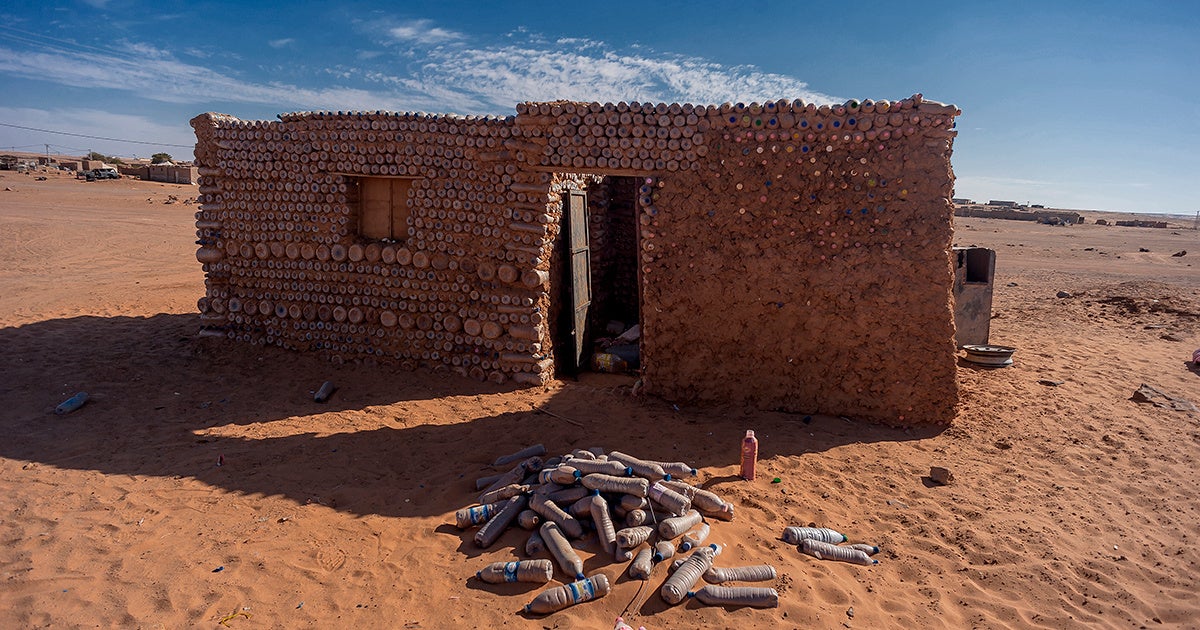 A house under construction with plastic bottles filled with sand to build shelters that better withstand the climate of the country where temperatures reach up to 50° C Awserd in the Saharawi refugee camp Dakhla on Dec. 31, 2018 in Tindouf, Algeria. Stefano Montesi / Corbis / Getty Images

A UN expert painted a bleak picture Tuesday of how the climate crisis could impact global inequality and human rights, leading to a “climate apartheid” in which the rich pay to flee the consequences while the rest are left behind.

The warning came in the form of a report by UN Special Rapporteur on extreme poverty and human rights Philip Alston, which found that climate change could push a further 120 million people into poverty within the next 10 years, CNN reported.

“Climate change threatens to undo the last 50 years of progress in development, global health, and poverty reduction,” Alston said, according to The Guardian.

My new report on #ClimateChange and poverty is out today. It finds that climate change will have the greatest impact on those living in poverty, but also poses dire threats to democracy and human rights that most actors have barely begun to grapple with: https://t.co/4CDnAl4uHg pic.twitter.com/nNZ13iM4EE

Increased inequality and scarcity could then lead to nationalistic, racist and xenophobic movements that would threaten democracy and the rule of law.

“Human rights might not survive the coming upheaval,” the report concluded, according to The Guardian.

The report criticized governments for not doing enough to reduce emissions, singling out U.S. President Donald Trump for rolling back environmental regulations and denying science and Brazilian President Jair Bolsonaro for his plans to open up the Amazon rainforest to mining interests. It also warned of depending on the business community to address the crisis, Reuters reported. It was in this context that the report raised the issue of “climate apartheid.”

“An over-reliance on the private sector could lead to a climate apartheid scenario in which the wealthy pay to escape overheating, hunger, and conflict, while the rest of the world is left to suffer,” Alston wrote.

He gave as an example something that already transpired during an extreme weather event, according to The Guardian:

“When Hurricane Sandy wreaked havoc on New York in 2012, stranding low-income and vulnerable New Yorkers without access to power and healthcare, the Goldman Sachs headquarters was protected by tens of thousands of its own sandbags and power from its generator.”

The crisis will also worsen inequality between nations. Developing nations will pay at least 75 percent of the price for climate change while the poorer half of the world’s population only contributes 10 percent to global emissions, as BBC News reported.

“Perversely, while people in poverty are responsible for just a fraction of global emissions, they will bear the brunt of climate change, and have the least capacity to protect themselves,” Alston said in an announcement.

Alston will present the report formally to the UN Human Rights Council in Geneva on Friday.

For those in Geneva: I will be discussing my new report on climate change and poverty (out tomorrow), at the UN Human Rights Council on June 28 at 9:30am in room IX. pic.twitter.com/ekt1f2FlSO

Ashfaq Khalfan of Amnesty International agreed with the report’s findings.

“Climate change is a human rights issue precisely because of the impact it’s having on people. The primary obligation to protect people from human rights harms lies with states. A state that fails to take any feasible steps to reduce greenhouse gas emissions is violating their human rights obligations,” Khalfan told The Guardian.