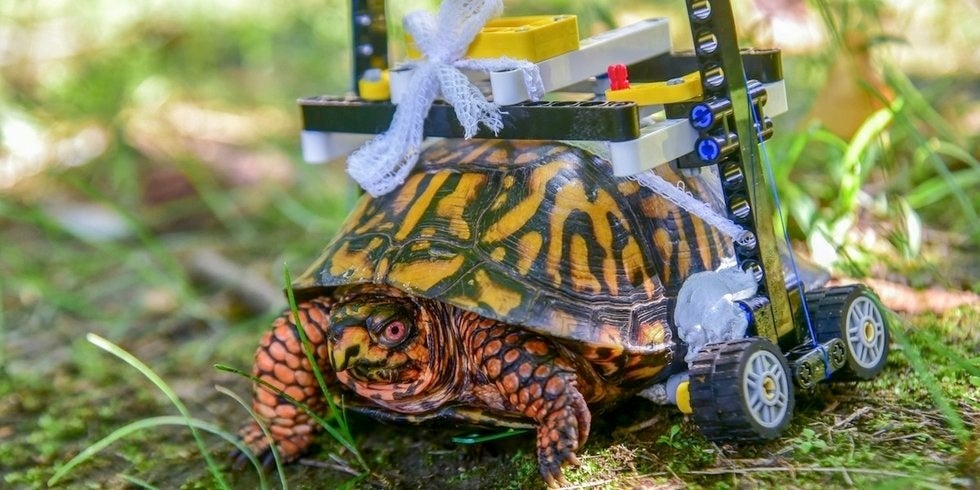 An eastern box turtle rolling around in his LEGO wheelchair. The Maryland Zoo

An injured wild
turtle is rolling through recovery at the Maryland Zoo with the aid of a LEGO wheelchair.

The grapefruit-sized, approximately 18-year-old eastern box turtle was found by a zoo employee at Druid Hill Park in July. The reptile had multiple fractures on the bottom part of his shell and was taken to the zoo’s hospital for treatment.

Veterinarians performed surgery on the turtle and used metal bone plates, sewing clasps and surgical wire to hold the shell fragments together.

The vets then came up with a clever idea to keep the bottom of the shell elevated off the ground so it could properly heal.

“They don’t make turtle-sized wheelchairs,” veterinary extern Garrett Fraess explained in a press release received by EcoWatch. “So, we drew some sketches of a customized wheelchair and I sent them to a friend who is a LEGO enthusiast.”

A few weeks after surgery, the turtle received his very own multi-colored wheelchair, featuring a frame and wheels made with LEGO bricks. The device was attached to the turtle’s upper shell with plumbers putty.

“He took off and has been doing great,” Fraess said. “Turtles are really good at healing as long as the shell remains stable.”

Ellen Bronson, senior director of animal health, conservation and research at the zoo, said that the turtle will likely use his LEGO wheelchair through the winter and into the spring until all of the fragments have fused together and the shell has completely healed.

“We are very happy that he is recovering well from his injuries and we plan to return him to the wild once he is fully healed,” she added. 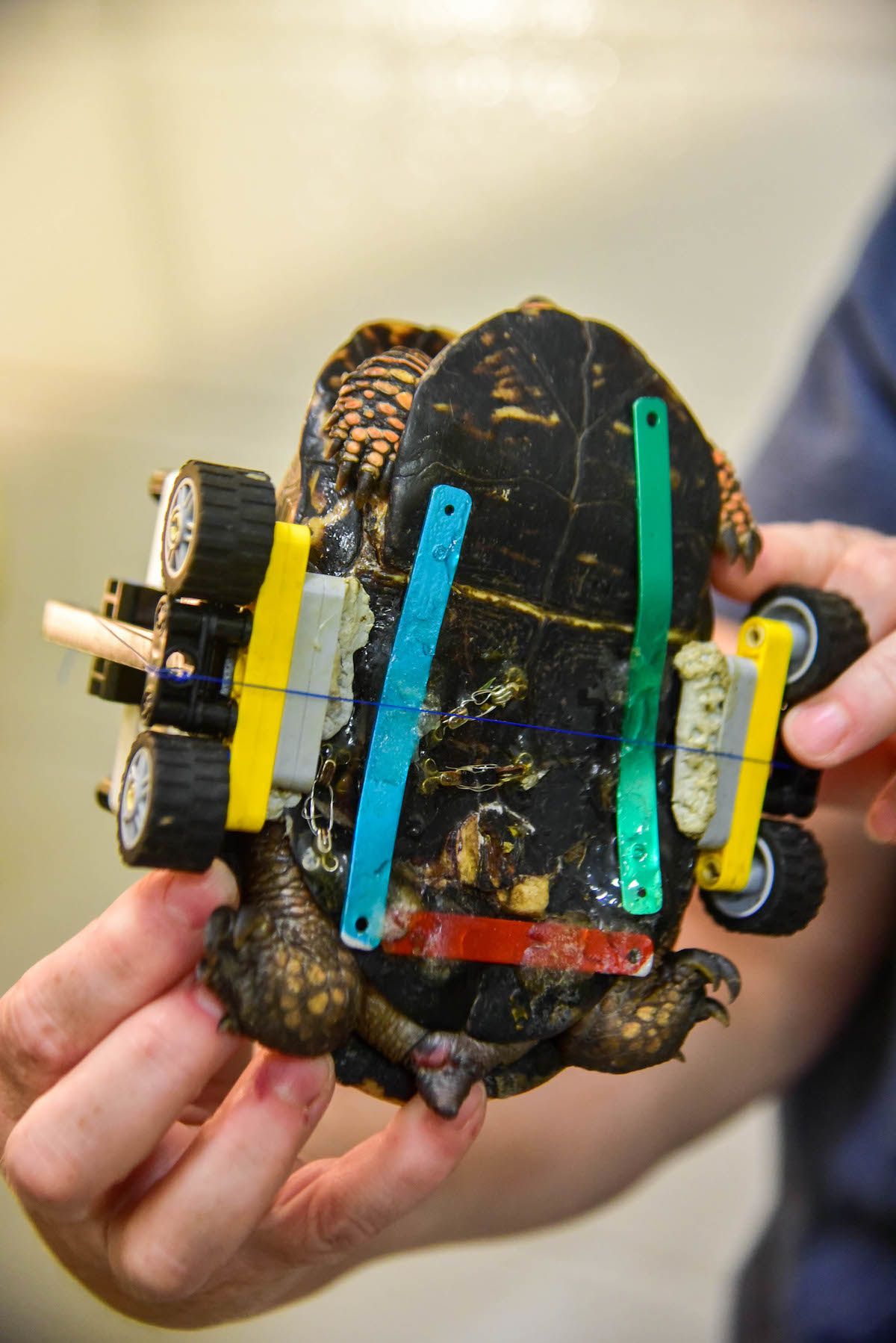 The turtle’s plastron (the bottom part of his shell) is healing.The Maryland Zoo