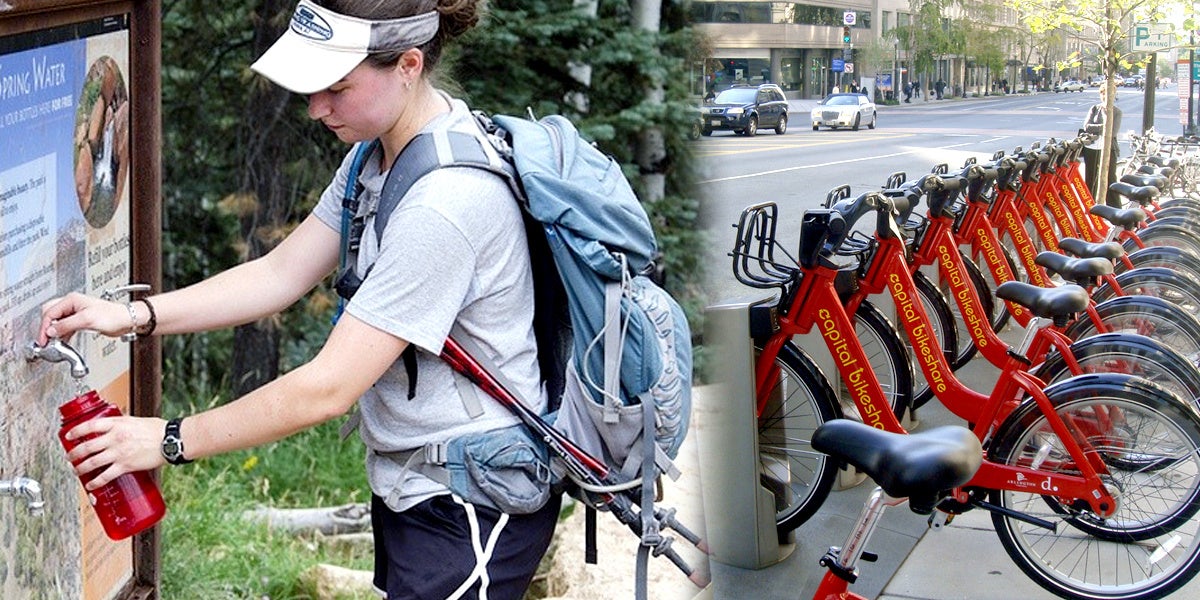 President Trump has made sweeping efforts to scrap Obama-era environmental protections, but the current administration’s latest moves are oddly specific.

The National Park Service (NPS)
announced Wednesday that it has rescinded the 2011 “Water Bottle Ban” that allowed parks to prohibit the sale of disposable plastic water bottles. That same day, news emerged that the Trump administration removed a nine-slot Capital Bikeshare station at the White House that was requested and installed during the Obama years and used by staffers.

The NPS said that the bottled water ban “removed the healthiest beverage choice at a variety of parks while still allowing sales of bottled sweetened drinks.” Revocation of the 2011 memorandum is effective immediately.

“While we will continue to encourage the use of free water bottle filling stations as appropriate, ultimately it should be up to our visitors to decide how best to keep themselves and their families hydrated during a visit to a national park, particularly during hot summer visitation periods,” acting NPS director Michael T. Reynolds explained.

But as the San Francisco Chronicle reported, the water bottle ban was opposed by the beverage industry that had long lobbied to change the policy.

Watchdog groups criticized the initiative. “Just as we’ve seen across the board with the Trump administration, this is an example of the industry working behind the scenes to protect its profits,” Lauren DeRusha Florez, associate campaign director at
Corporate Accountability International, told the Chronicle. “Plastic water bottles have a tremendous environmental impact.”

Wenonah Hauter, executive director of Food & Water Watch, was far from pleased with the announcement. “This action puts the NPS firmly on the side of major corporations that make up the bulk of the bottled water industry,” she said. “This latest move is yet another attempt to weaken the policies that protect our vital, vulnerable natural resources.”

Meanwhile, Trump has also nixed a Capital Bikeshare dock on 17th Street and State Place that was set up in 2010.

District Department of Transportation spokesperson Terry Owens told the Washingtonian that the station was removed earlier this week at the Trump administration’s request.

It’s unclear what the White House had against the bikeshare station. One suggestion, a DC resident explained to
Breitbart, is that the Trump administration wanted to trim spending. Trump’s budget proposal in May cuts funds for the Transportation Investment Generating Economic Recovery (TIGER) act, which funded construction for many of DC’s Capital Bikeshare stations, the Right-wing publication pointed out.

On the other hand, as Raw Story noted, “Capital Bikeshare users average saving $631 per year on personal travel cost, meaning the removal of the 9-slot station could cost White House staff $5,679 in increased transportation expenditures.”

Here are some responses to the move on social media: