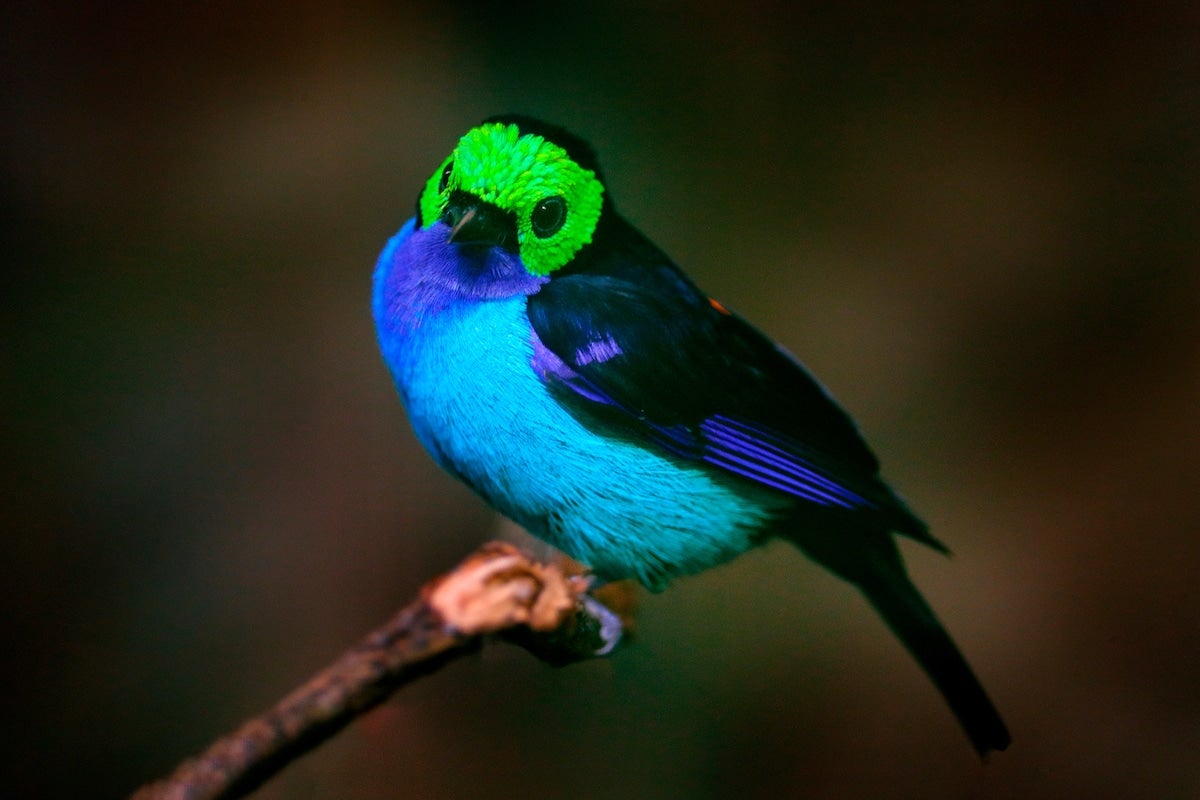 If you’ve ever visited a tropical place, you may have noticed that the feathers of the birds looked brighter than those in other parts of the world. It turns out that the color of a bird’s plumage varies depending on latitude.

During the 1800s, three scientists from Europe who went on expeditions to the tropics — English naturalist Charles Darwin, British biologist Alfred Russel Wallace and German geographer Alexander von Humboldt — were amazed by the especially vibrant colors of flora and fauna they saw, and they hypothesized that animals became more colorful the closer one got to the equator, Phys.org reported.

From December of 1831 to October of 1836, Darwin and the captain and crew of the HMS Beagle went on a British government-sponsored expedition to survey the coast of South America, said the American Museum of Natural History. Darwin spent two-thirds of his time ashore, much of it exploring and collecting specimens in the wilderness of Brazil, Chile and Argentina, and in the Galápagos Islands.

Wallace spent a fascinating eight years in the islands of the Malay Archipelago, from 1854 to 1862, where he collected specimens, had an attack of malarial fever that led to his own theory of survival of the fittest and sent an essay to Darwin. Titled “On the Tendency of Varieties to Depart Indefinitely from the Original Type,” the paper proposed Wallace’s evolutionary theory of natural selection, which Darwin said had a “striking” similarity to his own, reported The New Yorker.

From 1799 to 1804, von Humboldt went on an expedition that led him through Venezuela, Cuba, Ecuador, Peru and Mexico, where he collected thousands of plant species and made sociological, socio-economic, geological and anthropological observations, according to a study published in the Annals of the Brazilian Academy of Sciences.

Recently, biologists from the University of Sheffield in England used artificial intelligence technology to confirm the European naturalists’ theory that the vibrancy of organic colors increased as one got closer to the tropics, Phys.org reported. The results of their study, “Latitudinal gradients in avian colourfulness,” were published in the journal Nature Ecology & Evolution.

“Darwin, Wallace and von Humboldt all travelled to the tropics from European places of origin and were clearly impressed by the diversity of colouration they encountered there compare[d] to the species they [were] familiar with in Europe. For example, von Humboldt in particular frequently remarked in his writing on the ‘mixtures of colours’ he encountered, and you can sense his surprise as writes of the ‘colours in birds, fish, even crayfish (sky blue and yellow)!’” Dr. Christopher R. Cooney, National Environment Research Council (NERC) independent research fellow at the University of Sheffield and lead author of the study, told EcoWatch in an email.

Cooney and his colleagues examined more than 4,500 songbird species in the order of Passeriformes, known as passerines, in their effort to prove the hypothesis. Passerines are distinguished by toes made for perching and include more than half of all birds.

According to MathWorks, deep learning is a subset of machine learning, another artificial intelligence technique that teaches computers to learn by example like humans.

The researchers used machine learning to help them pinpoint the pixels that represented the birds’ plumage in the photographs.

“[I]n our case we did not use machine learning to distinguish different colours, only to help us locate the position of the bird in our photographs of museum specimens. In other words, machine learning helped us to identify the correct pixels in the image to analyse (i.e. those corresponding to the bird’s plumage), whereas we measured colourfulness (i.e. colour diversity) using different techniques that take account of how birds themselves perceive colour,” Cooney told EcoWatch.

Birds are able to see ultraviolet light, a facet of color that is invisible to humans, explained the Natural History Museum, London.

Using the deep learning technique on photographs they had taken of the plumage of adult birds from the Natural History Museum in Tring’s collection, the scientists were able to identify 1,500 different areas of color on each bird’s plumage, order the birds by their colorfulness and juxtapose the rankings with their places of origin, reported Phys.org.

The results proved the hypothesis of Darwin and his contemporaries that the color of birds’ feathers do get more vibrant in latitudes closer to the equator. In fact, Cooney said birds closer to the equator have a tendency to be 30 percent more colorful, the Natural History Museum, London said.

But why are birds more colorful in the tropics?

Wallace’s theory was that the “luxuriant vegetation of the tropics” served as a year-round natural camouflage, while the plumage of northern birds had to be adapted to the leafless winter trees, Phys.org reported. Cooney noted that some of the predictions made by Wallace were supported by the study’s findings.

“Looking at broad-scale patterns, we found that colourfulness was highest in birds from dense, closed forest habitats (such as rainforests) and in birds consuming fruits and floral nectar, both of which are more prevalent at tropical latitudes,” Cooney told EcoWatch. “This suggests the need for bright visual communication in dark tropical forests and the ability to acquire colour-forming compounds in the diet as two potential drivers of this pattern. We also found an association between colourfulness and bird community diversity – that is, the average number of songbird species co-occurring in the same location. This finding supports the idea that enhanced colourfulness may help equatorial species to distinguish themselves from others in species-rich tropical communities.”

Pigments and “structural” processes are used to achieve the birds’ spectacular colors.

“Birds can be colourful in many different ways but often being colourful involves displaying colours that are produced by several different colouration mechanisms. For example, dark colours such as blacks and browns are produced by a pigment called melanin that is deposited in the feathers. Likewise, brighter colours such as reds, oranges and yellows are produced by depositing a different set of pigments called carotenoids,” explained Cooney. “In contrast to these ‘pigmentary’ colour mechanisms, some birds can produce colour using ‘structural’ mechanisms, which involve fine-scale structural modifications to the feathers to reflect certain wavelengths of light. In particular, many blues, violets and ultraviolet bird colours are produced by structural mechanisms… [B]irds with the most colourful plumage (such as the Paradise Tanager) will likely produce these colours using a variety of mechanisms.”

How the climate crisis will affect the coloration of animals throughout the world remains to be seen.

“[U]nfortunately it is not yet well known how climate change (and other forms of environmental change) will affect trends in animal colouration. However, this is an increasingly active area of research and hopefully large datasets of animal colouration such as ours will allow us to investigate the relationship between colour and climate more deeply, and so shed light on the implications of climate change for global trends in colouration,” Cooney said.