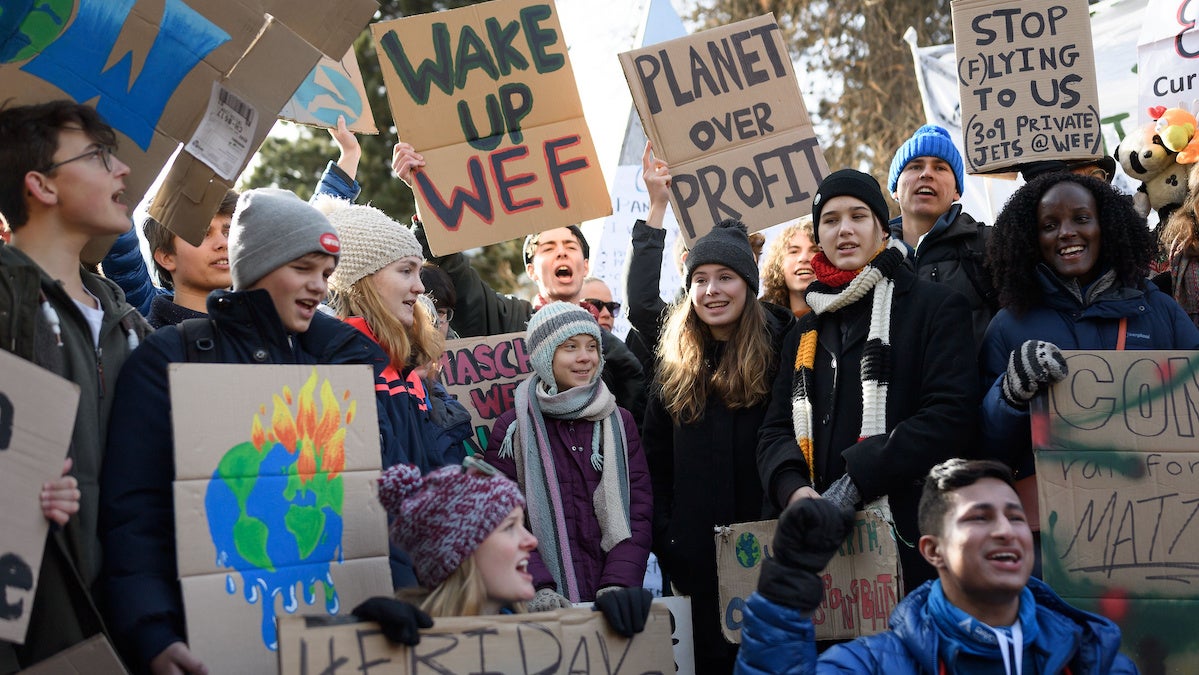 Swedish climate activist Greta Thunberg takes part in a "Friday for Future" youth demonstration in a street of Davos on Jan. 24, 2020 on the sideline of the World Economic Forum annual meeting. FABRICE COFFRINI / AFP via Getty Images

Treasury Secretary Steven Mnuchin pretended not to know who Greta Thunberg is, and then he told her to get a degree in economics before giving world leaders advice, as The Guardian reported.

Thunberg gave an impassioned speech at the Davos World Economic Forum in Switzerland, in which she called for an immediate divestment from fossil fuels. Mnuchin, at a press conference, dismissed her completely, pretending not to know who the TIME Person of the Year is.

“Is she the chief economist? Who is she? I’m confused,” he said when asked about her comments, as The New York Times reported.

He then insisted that he was joking, but continued to brush her off as ill-informed and not somebody world leaders should listen to.

“After she goes and studies economics in college, she can come back and explain that to us,” said Mnuchin at a press briefing, as The New York Times reported.

In her speech on Tuesday, Thunberg, who has a knack for shaming powerful adults for inaction and selfish behavior that will leave future generations in a crisis, said, “I wonder, what will you tell your children was the reason to fail and leave them facing the climate chaos you knowingly brought upon them?”

When asked about Mnuchin’s comments before a Friday protest in Davos, Thunberg simply said, “We cannot care about those kinds of things,” as the New York Post reported. She added that Mnuchin’s insults had no effect on her and her fellow activists who are criticized all the time.

She also tweeted a response, “My gap year ends in August, but it doesn’t take a college degree in economics to realize that our remaining 1.5° carbon budget and ongoing fossil fuel subsidies and investments don’t add up.”

She added, “So either you tell us how to achieve this mitigation or explain to future generations and those already affected by the climate emergency why we should abandon our climate commitments.”

As The Guardian noted, Mnuchin’s comments expose the wide chasm between the Trump administration and climate activists. When Mnuchin was pressed on the climate crisis, which has been a focal point of the talks in Davos, the treasury secretary said that environmental issues are “clearly complicated.”

The former hedge fund manager and former Goldman Sachs executive then told reporters, “When I was allowed to drive I had a Tesla. I drove in California. I liked it.

“But nobody focuses on how that electricity is made and what happens to the storage and the environmental issues on all these batteries,” as The Guardian reported.

When addressing the issued of divesting from fossil fuels, Mnuchin urged caution, noting that there are “significant economic issues, issues with jobs.” As The Guardian reported, he added, “Many economies are transitioning to more efficient and cleaner energy. That doesn’t have to be all renewables.”

Other world leaders were far more receptive to Thunberg’s call for a radical overhaul of the global economy.

“The impatience of our young people is something that we should tap,” said German Chancellor Angela Merkel. In her address to the World Economic Forum, Merkel called for more international cooperation to combat the climate crisis.

Echoing Thunberg, she said, “I am totally convinced that the price of inaction will be far higher than the price of action,” as The Guardian reported.