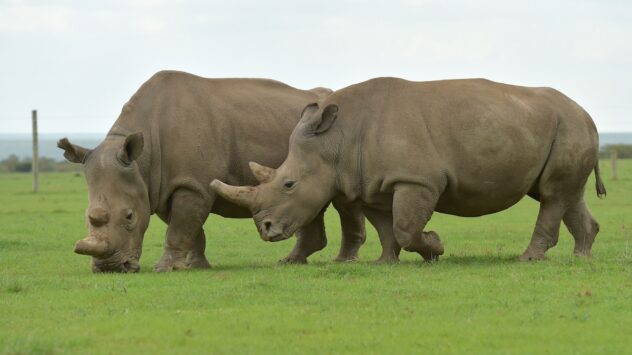 With only two female northern white rhinos left in the world, scientists are rushing to find ways to save the species before it’s too late. They’ve come one step closer to this goal via creating artificial rhino eggs from stem cells. Led by a team of researchers at Leiden University, a new study in Scientific […] 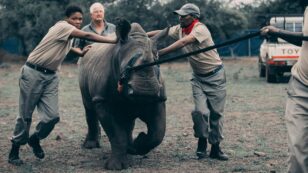 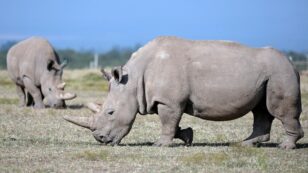 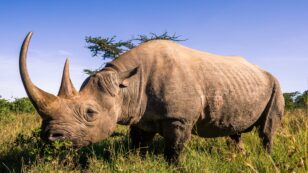 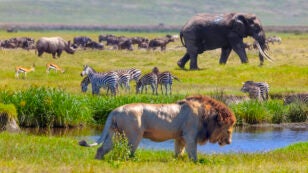 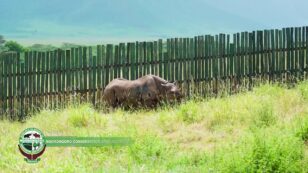 The world’s oldest known living black rhino has died at age 57. The rhino, a female named Fausta, died of natural causes Friday in a conservation area in the Ngorongoro Crater in Tanzania, Reuters reported. “Records show that Fausta lived longe[r] than any rhino in the world and survived in the Ngorongoro, free-ranging, for more […] 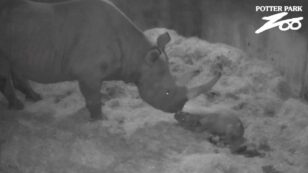 A critically endangered black rhino calf was born at a Michigan zoo on Christmas Eve. Doppsee, a 12-year-old female rhino at the Potter Park Zoo in Lansing, Michigan, gave birth to a male calf at 5:40 a.m. Tuesday, the zoo said in a blog post. It is the first black rhino birth in the zoo’s […] 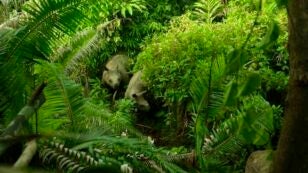 By Basten Gokkon The global population of the critically endangered Javan rhinoceros has increased to 72 after four new calves were spotted in the past several months. Rhino experts have welcomed the news of a rise in the population of the Javan rhino (Rhinoceros sondaicus), a species driven close to extinction by poaching and habitat […] 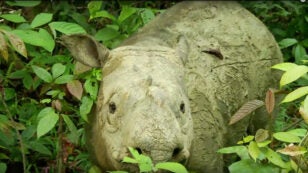 Iman, the Last Female Sumatran Rhino in Malaysia, Has Died

The last Sumatran rhino died in Malaysia Saturday, making the critically endangered species extinct in that country. The last rhinoceros was a 25-year-old female named Iman, who passed away at 5:35 p.m. Borneo time, BBC News reported. She had suffered from cancer since she was captured in 2014, and a wildlife official said that painful […] 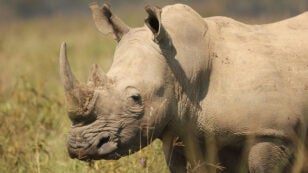 Enough With the Fake Rhino Horns

By John R. Platt Earlier this month a team of scientists announced they’ve developed a high-tech way to help save rhinos from poachers: They propose fabricating fake horns out of horse hair (which is also composed of inert keratin, like human fingernails) and then flooding the illegal market with their products, thereby lowering the price […] 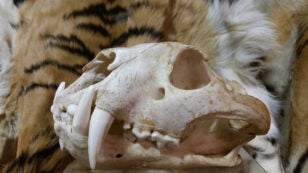 How Do We Solve a Problem Like Wildlife Trade?

By John R. Platt When it comes to solving problems related to wildlife trade, there are an awful lot of “sticky widgets.” That’s what Eli Weiss, founder of the WildiZe Foundation and host of the “Our Wild World” podcast, calls some of the most pressing issues related to legal and illegal wildlife trafficking. These big […] 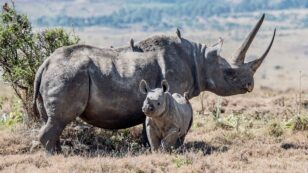 Scientists have developed an innovative way to protect endangered rhinos from poaching: flood the market for rhino horn with a cheap, fake alternative. The team from the University of Oxford and Fudan University in China found a way to make a fake rhino horn cheaply from horse hair, BBC News reported. “It appears from our […] 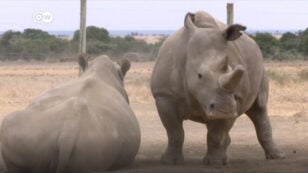 Seven eggs from the world’s last northern white rhinoceroces have been successfully fertilized in a lab, scientists announced on Monday. Ten eggs were extracted from two females, Najin and Fatu, last week in Kenya, but only seven of them were fit to be artificially inseminated. “We expect some of them will develop into an embryo,” […]