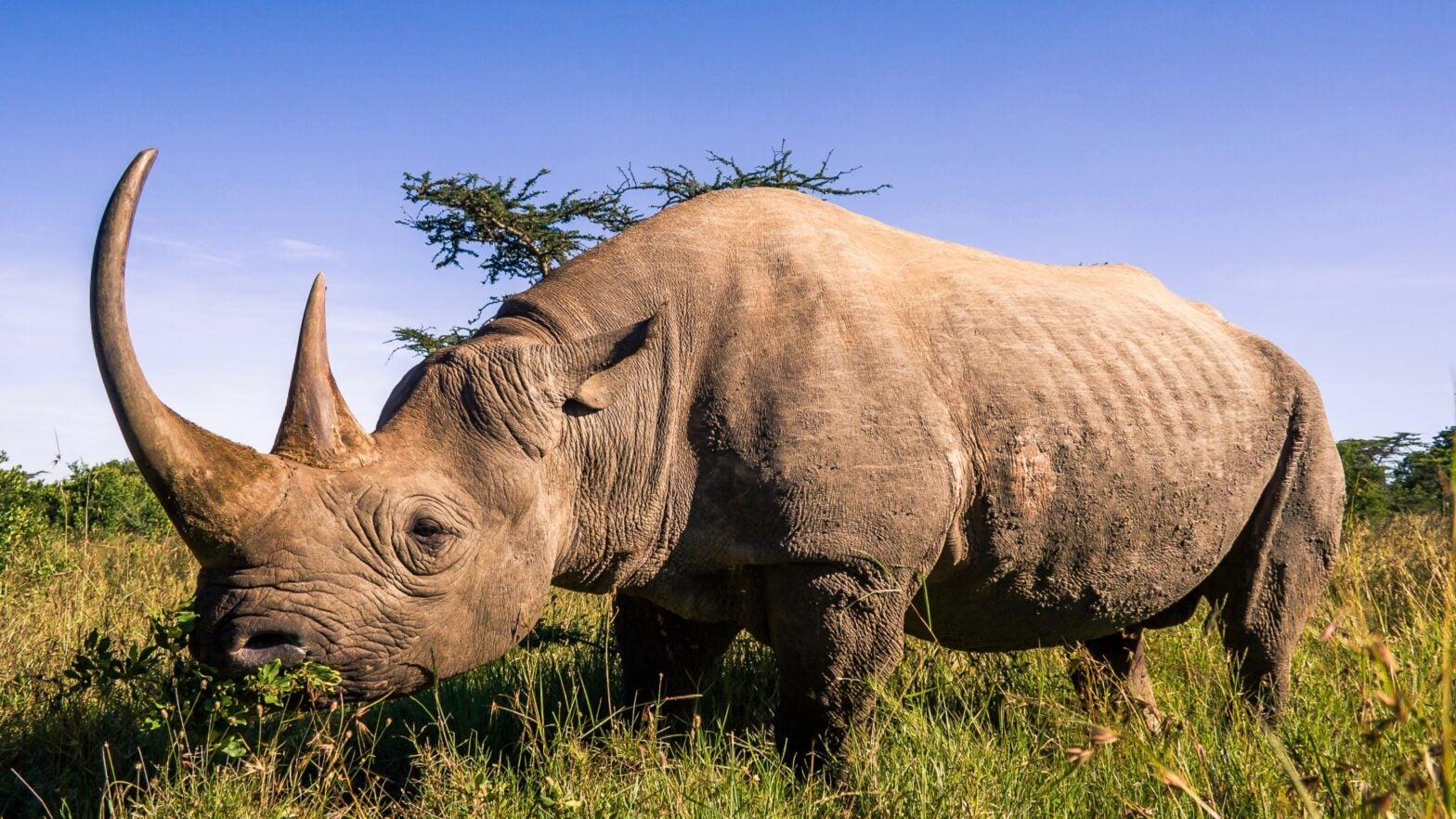 There’s a welcome bit of good news coming out of Africa. After immense conservation efforts, the numbers of critically endangered black rhinoceroses is slowly ticking up, according to the latest figures released by the International Union for Conservation of Nature (IUCN), as the BBC’s Science Focus reported.

The numbers show that the population is growing, albeit at a slow rate — just 2.5 percent per year over six years. The species is still in grave danger, susceptible to poaching and a changing habitat due to the climate crisis. Yet, the population growth, from 4,845 in 2012 to an estimated 5,630 in 2018, provides a glimmer of hope that efforts put into saving the species are paying off, as The Guardian reported.

“While Africa’s rhinos are by no means safe from extinction, the continued slow recovery of black rhino populations is a testament to the immense efforts made in the countries the species occurs in, and a powerful reminder to the global community that conservation works,” Dr. Grethel Aguilar, acting director general of the IUCN, which compiles the global red list of species under threat, said as The Independent reported.

“At the same time, it is evident that there is no room for complacency as poaching and illegal trade remain acute threats,” she added. “It is essential that the ongoing anti-poaching measures and intensive, proactive population management continue, with support from national and international actors.”

The IUCN projections forecast that the population will continue to grow over the next five years.

Different strategies to save the endangered species have been employed to varying degrees of success. Those attempts have included relocating some individual animals from established groups to new areas to increase the species range, according to the Australian Broadcasting Company. Some rhinos have been removed from their home areas to avoid interbreeding.

In an upsetting failure in June 2018, 11 black rhinos were move to Kenya’s Tsavo East National Park, from Nairobi. They all died — 10 from drinking water that was saltier than they were used to, and one from a lion attack, as the Australian Broadcasting Company reported.

Despite those mishaps, the largest threat to black rhinos is still poachers.

“There are major challenges still facing rhinos today,” Paula Kahumbu, the CEO of wildlife charity Wildlife Direct said to the Australian Broadcasting Company. “The first is the demand for rhino horn in Asia. So long as that demand remains, the price will stay high and the incentive for poaching will continue across Africa.”

“The prevention of poaching requires very good intelligence, extremely good anti-poaching efforts, and that is expensive,” she added. “It means that we have to have almost a military-style approach to protecting these animals.”

The IUCN has said that ramped up efforts from range states, private landowners and communities in recent years are having a positive effect. The numbers are still troubling, but trending in the right direction. Figures indicate that poaching numbers have decreased after peaking in 2015, when a minimum of 1,349 rhinos were poached. In 2018, that number dropped to a minimum of 892 rhinos poached. That’s equivalent to one every 10 hours, according to Science Focus.

“With the involvement of transnational organized crime in poaching, rhino crimes are not just wildlife crimes,” Richard Emslie, a coordinator for African rhinos at IUCN, said as The Guardian reported. “If the encouraging declines in poaching can continue, this should positively impact rhino numbers. Continued expenditure and efforts will be necessary to maintain this trend.”