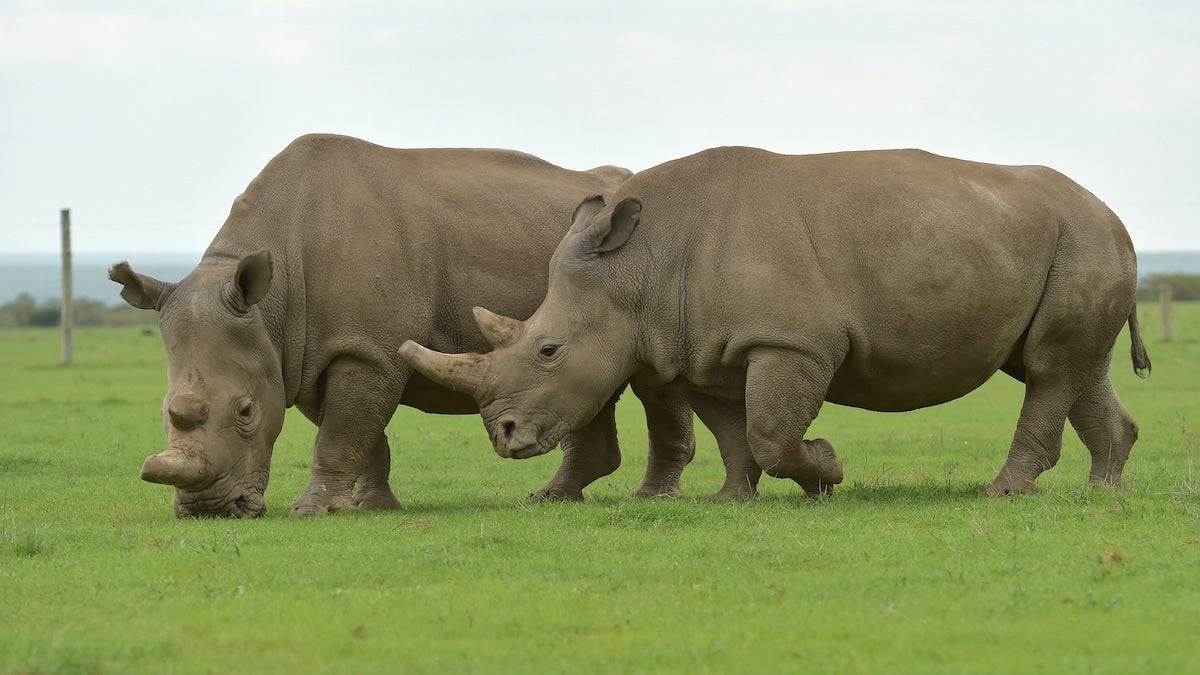 With only two female northern white rhinos left in the world, scientists are rushing to find ways to save the species before it’s too late. They’ve come one step closer to this goal via creating artificial rhino eggs from stem cells.

Led by a team of researchers at Leiden University, a new study in Scientific Reports highlights that the team was able to collect and find new information on pluripotent rhino stem cells. This data is an essential step in creating artificial rhino eggs in order to save the species from extinction.

The team is collaborating with Katsuhiko Hayashi, a professor at Kyushu University, who has succeeded at creating mice eggs from skin cells. The conceived offspring were born healthy.

According to a report in Science Daily, iPS cells in a petri dish may develop into any cells of the body, including primordial germ cells, the type of cells the researchers want to cultivate. The iPS cells can either be in a naïve-like pluripotency state or primed. In a former trial, the scientists were unable to successfully convert stem cells into the naïve-like state. So they modified the cells by introducing a gene that prevents cell death and then were able to convert the rhino stem cells to the naïve-like state, which are needed to produce germline cells, which pass genes from generation to generation.

While this research is a promising step and provides researchers with more insight into rhino stem cells, these particular cells cannot be used moving forward.

“The iPS cells we have cultivated contain persistent foreign genetic material — namely, the reprogramming factors and the gene that prevents cell death,” said study author Vera Zywitza of the Pluripotent Stem Cells Platform at Max Delbrück Center for Molecular Medicine in the Helmholtz Association. “This means we can’t use them to make germ cells, as there is a risk these would be pathologically altered.”

Still, the new information is crucial in helping scientists create artificial rhino eggs. The research comes at an important time, as only two female northern white rhinos, Najin and Fatu, remain in the world. In November 2021, Najin, a 32-year-old rhino, was retired from the BioRescue breeding program both rhinos had been part of due to her age and health concerns. The last male of the species, Sudan, died in March 2018.

“The importance of advanced assisted reproduction technologies (aART) may go beyond supporting conventional conservation approaches such as habitat protection and breeding as they might in some cases be the last resort to rescue critically endangered species from extinction,” the study authors note.

“With just two females remaining, the NWR symbolizes the ‘catastrophic decline’ in flora and fauna, and especially of large mammals, which happens globally due to human activities. Nevertheless, there is hope that biomedical technologies could be applied to rescue keystone species from extinction, or at least to produce cell banks for future resurrection when technologies become available.”