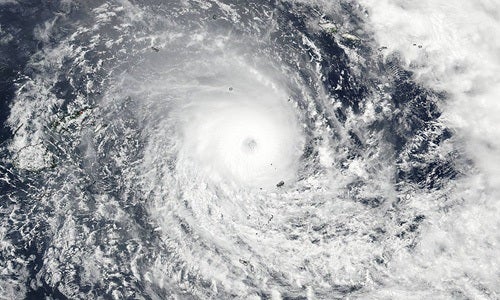 Cyclone Winston struck Fiji Saturday, leaving a trail of destruction. At least 10 people have been reported killed, although the extent of the damage is still being revealed as contact is made with more remote, northern islands.

We’re still keeping our fingers crossed as we wait for reports from the outlying islands in Fiji, so we just have to hope for the best for those locations at present. 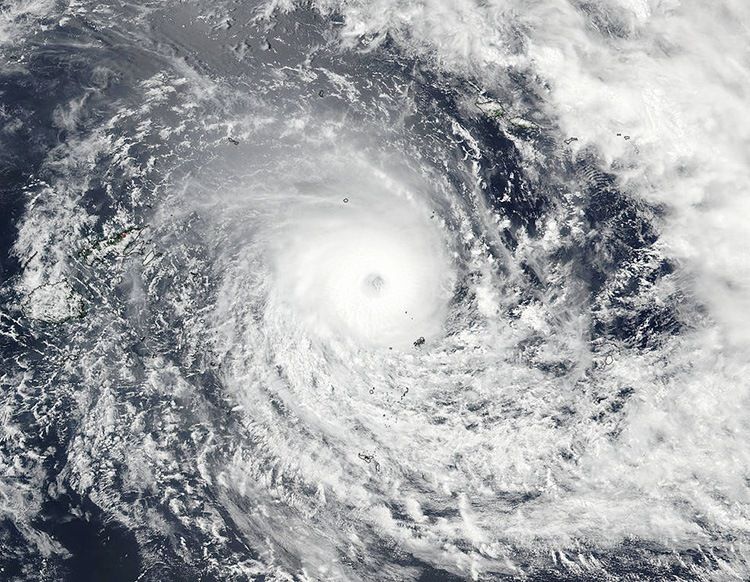 Winston was a Category 5 cyclone (the strongest rating) with reported wind speeds of almost 300 km per hour. This would make it among the strongest cyclones ever to make landfall globally and the strongest recorded in the Southern Hemisphere.

Cyclones form over warm water, typically above 26 C. This largely confines them to forming in tropical latitudes, although once formed they can then move outside the tropics.

In the South Pacific, typically around nine tropical cyclones are recorded on average each year, but there’s a lot of variability year to year. They are most common in January through to March, but can occur as early as November or as late as May.

In the past 30 years or so, several severe tropical cyclones have affected Fiji, so it’s not unusual for Fiji to experience severe cyclones.

Cyclone observers measure wind speeds in two ways. First, they can estimate the speed from satellite images. Very intense tropical cyclones have a very pronounced eye and are very symmetrical and there are graphical relationships between those images and direct wind measurements. In the Atlantic Ocean wind speeds in severe cyclones (known there as hurricanes) are measured using planes. The other method is to use wind observations on the ground.

Cyclone Winston took a very unusual track towards Fiji, performing a “loop-the-loop.” It started west of Fiji before moving south, then back to the north and finally approaching Fiji from the east.

The strongest winds for Southern Hemisphere tropical cyclones are on the left of the cyclone, because that’s where the winds are adding to the forward motion of the storm. To figure out which side of a cyclone is which, stand facing the direction in which the cyclone is moving. The cyclone’s left is then your left. So for Cyclone Winston approaching Fiji from the east, the left-hand side of the storm was to the south.

Typically, cyclones are pushed around by a combination of factors. Often they are pushed around by winds averaged through the depth of the atmosphere (from the surface to 10,000 metres or so). So if the wind direction is unusual here, then the cyclone may track in an unusual direction. Other factors related to the rotation of the earth may also cause a cyclone to track in weird directions.

It’s difficult to say what the trends are in cyclone intensity in the South Pacific, as only limited data are available since the 1980s. Trend analyses in this region have given ambiguous results. Frequency of cyclones in the Australian region has been decreasing in recent decades. In the South Pacific region as a whole, trends appear weak.

We have just seen the peak of one of the strongest El Niño events on record. El Niño is related to the movement of warm water in the Pacific Ocean, so it’s not surprising that it has an influence on cyclones.

Typically, during El Niño events, cyclones form and track further east in the South Pacific. So places that don’t typically see cyclones, such as Tahiti, sometimes experience them during El Niño.

6 Stunning Images Show Sense of Urgency to Act on Climate