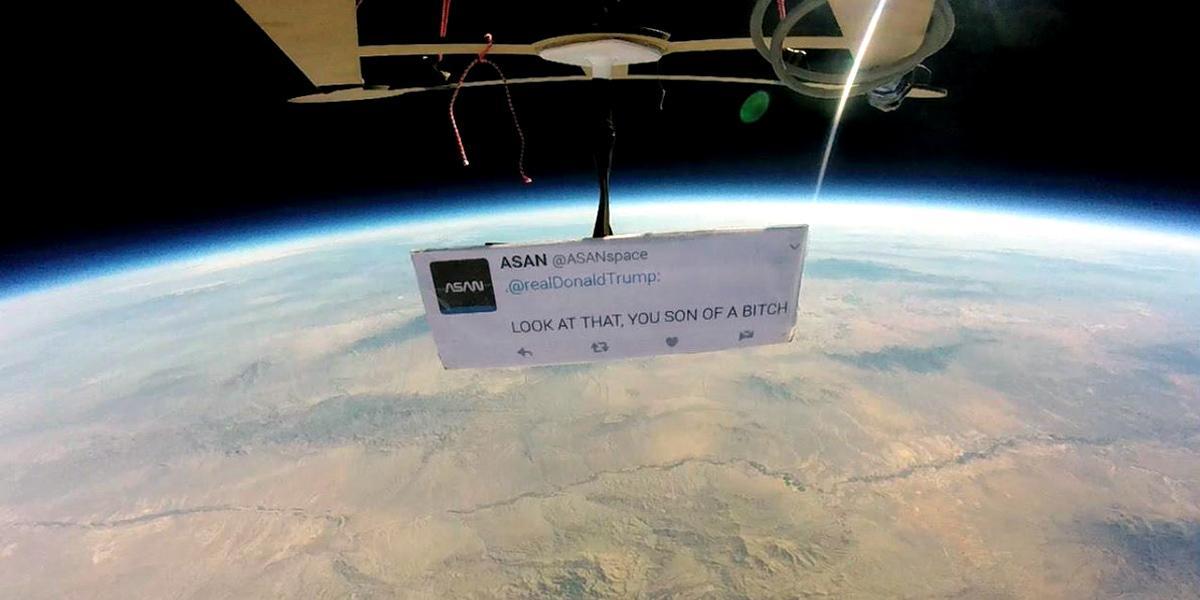 “@realDonaldTrump LOOK AT THAT, YOU SON OF A BITCH”

The ballon lifted off on April 12, or Yuri’s Night, named for Yuri Gagarin, the first human to launch into space.

The missive was in reference to the words of the late Edgar Mitchell, NASA astronaut and sixth person to walk on the moon, who once said about his humbling experience in space:

“From out there on the Moon, international politics look so petty. You want to grab a politician by the scruff of the neck and drag him a quarter of a million miles out and say, ‘Look at that, you son of a bitch.'”

ASAN’s feat was also in solidarity with the upcoming March for Science on April 22, Earth Day.

In case you are wondering, it does not actually cost that much to send a tweet to space. The whole operation only set back ASAN $750 for two helium tanks, 160 cubic feet of helium, a camera and a balloon.

Trump’s reaction, if he were to see the suborbital slam, is sure to be priceless.