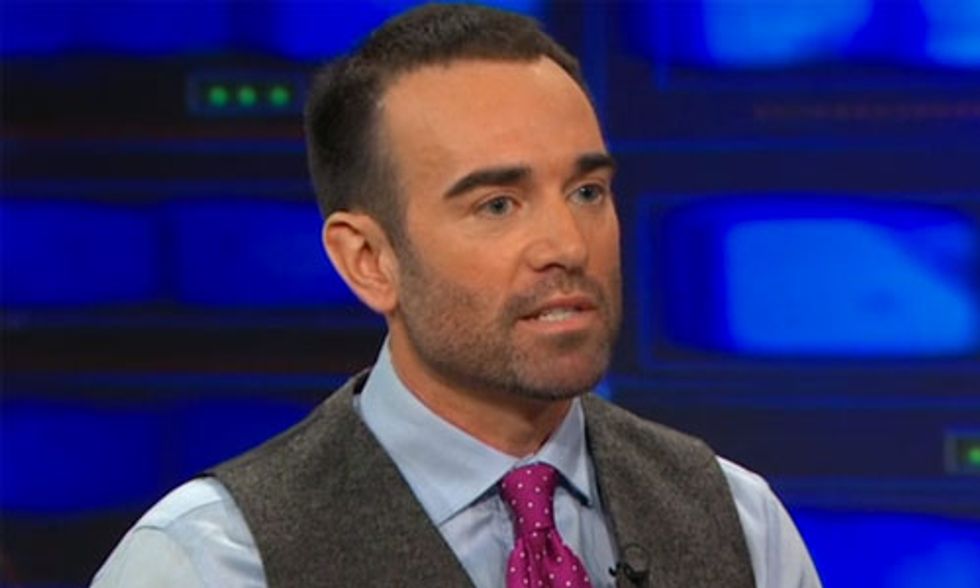 John Hargrove, who spent 14 years as an orca trainer—mostly at SeaWorld—has become known as a whistleblower for speaking out about SeaWorld's practices, which he condemns as cruel for the animals and dangerous for the trainers. He appeared in the film Blackfish with other former trainers and now Hargrove has a new book, Beneath the Surface.

"As I became higher-ranked, I saw the devastating effects of captivity on these whales and it just really became a moral and ethical issue," Hargrove tells NPR in an interview about the book. "When you first start to see it, you first try to say, 'OK, well, I love these animals; I'm going to take care of them.' ... You think, 'I can change things.' And then all these things, of course, never improve and then you start ... seeing mothers separated from their calves; you start seeing trainers being killed, and then they blame [the trainers] for their own deaths."

Hargrove went on The Daily Show yesterday to discuss his book and SeaWorld's inhumane practices with Jon Stewart. Stewart asks, "Is it possible to have this kind of thing in a humane way or are we kidding ourselves?" Find out how Hargrove responds:

5 Portlandia Eco-Skits You've Got to See