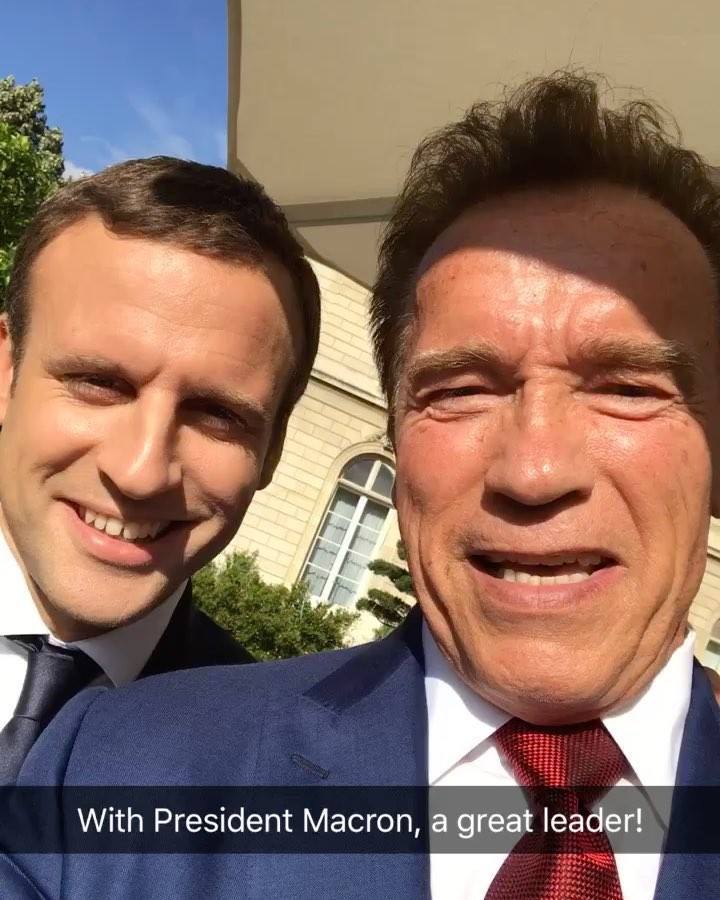 Former California Gov. Arnold Schwarzenegger posted a selfie video Friday with French president Emmanuel Macron, in what some are reading as Schwarzenegger’s latest jab at President Trump on climate change.

In the video, Macron promises to “make our planet great again,” a slogan he first debuted after President Trump announced the U.S. would withdraw from the Paris agreement.

Both leaders attended a meeting at Sorbonne University this weekend, where Macron pledged to support a campaign to establish a clean environment as a basic human right.

“I was truly honored to meet with President Emmanuel Macron about how we can work together for a clean energy future,” Schwarzenegger said on his Facebook page. “He’s a great leader.”