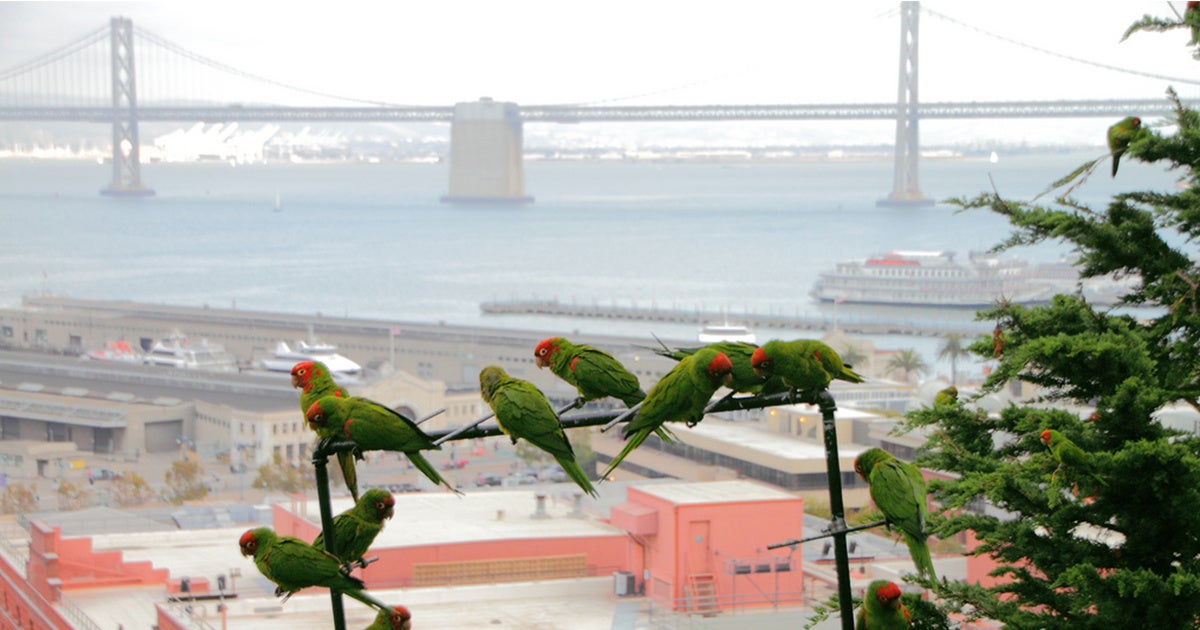 Ask any resident of San Francisco about the waterfront parrots, and they will surely tell you a story of red-faced conures squawking or dive-bombing between building peaks. Ask a team of researchers from the University of Georgia, however, and they will tell you of a mysterious string of neurological poisonings impacting the naturalized flock for decades.

Bromethalin, a common rat poison, has been linked to the deaths of San Francisco’s famous Telegraph Hill parrots. Publishing their multi-year research in PLOS ONE, the research team suggests that the odorless and potent rodenticide may be responsible for a neurological disease that presents itself with symptoms such as seizures and disorientation in at least three birds.

Since 1989, the well-established flock of three interbreeding species of red-faced parrots has expanded its range through San Francisco’s waterfront, where they can be heard chirping from the treetops and soaring through the city’s parks. For the last two decades, stories of neurological conditions affecting these parrots have been reported, prompting the City of San Francisco to prohibit the public from feeding the birds over concerns of inappropriate diets. Over time, cases grew with similar reported symptoms — between 2003 and 2018, a local bird rescue organization reported more than 150 neurologically affected parrots, roughly one-third of which had died as a result of associated complications.

That’s when a team of veterinarians, pathologists and researchers stepped in. Together, they recognized that the symptoms were similar to those caused by the difficult-to-detect single-dose rodenticide known as bromethalin. This non-anticoagulant, single-dose toxin was first registered with the U.S. Environmental Protection Agency (EPA) in 1984 and was used to kill — with a single dose — rats who similarly experienced lethargy, weakness in their legs, paralysis and a lack of response to stimuli. Under a 2008 EPA mandate, bromethalin replaced other more potent rodenticides known to cause unintended poisoning in wildlife, resulting in a 65 percent increase in related cases in the following decade.

Between 2013 and 2017, researchers found evidence of the difficult-to-detect bromethalin and its active metabolite desmethyl-bromethalin in wild birds, ruling out another theory that suggested viruses, such as West Nile or toxoplasmosis, had caused the neurological side effects. Consistent lesions in the poisoned birds’ central nervous system, samples from the livers and brains of dead birds, as well as high-performance chromatography — the separation of mixtures in fecal samples from live birds — further suggested bromethalin poisoning. In the three birds that died, bromethalin was detected in the brain and liver samples with all but one testing above the detection limit. It’s possible the parrots don’t metabolize the potent neurotoxin in the same way as other species and could be ingesting a sublethal dose — a potentially lethal amount when consumed in large enough increments.

Though the researchers aren’t sure how the feral animals are being exposed to the rodenticide, they say that it is likely that other wild animals may also be within contact.

“The findings offer us an opportunity to assess the true risk of this rodenticide to pets and feral animals and to clarify the risk of potential soil and water contamination,” said study author Fern Van Sant in a statement.

Study co-author Branson Ritchie said that their work helps researchers to “understand if this toxin is accumulating in a space where it could pose a health risk in other free-ranging animals, or, possibly, in companion animals and people.”

#Plastic Contaminants Found in Eggs of Some of the World's Most Isolated Birds https://t.co/ImI8Q0RuNQ @PlasticPollutes @PlasticOceans