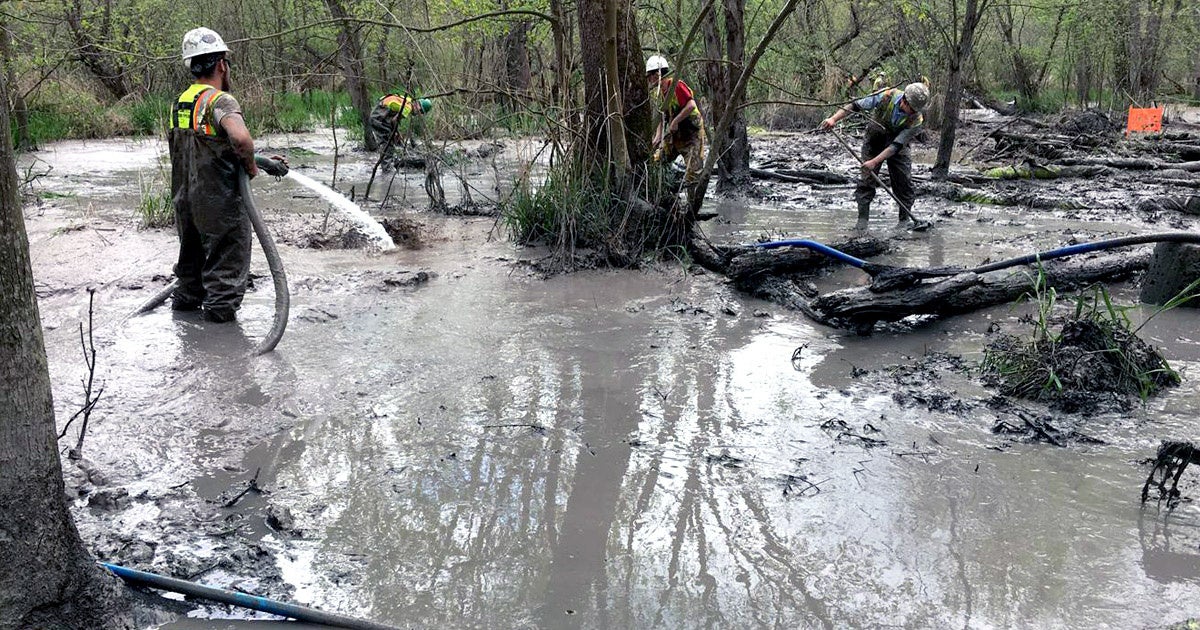 OEPA’s unilateral order includes requiring Energy Transfer to establish a stronger contingency plan for when disasters occur; removal and proper disposal of the diesel spilled in quarries near Massillon and Canton as well as along the Tuscarawas; groundwater monitoring near the multiple spill sites; and to create a remediation plan for the spill of more than 2 million gallons of clay and diesel fluid in a rare high-quality wetland in Stark County.

Additionally, the OEPA referred the nearly $1 million in fines to the state’s Attorney General. In Monday’s press conference, the OEPA stated that it is prepared to defend this unilateral order in state and federal courts, if Energy Transfer would challenge their authority to protect Ohioans’ rights to clean air, water and land.

“The Sierra Club applauds Ohio EPA for taking action against Energy Transfer’s reckless construction of a dirty and dangerous fracked gas pipeline,” Sierra Club Ohio Director Jen Miller said. “We’ve always said that it’s never a question of whether a pipeline will spill, but rather a question of when. Energy Transfer has proven that it’s not merely an operational pipeline that threatens our communities and waterways, but one in construction too.”

“Energy Transfer has proven that it cannot be trusted with our clean air, clean water, or our communities. As strong as OEPA has come down on this company, ultimately, the only way to protect Ohio is to stop this project,” Miller added. “We call on the Ohio’s Attorney General Mike DeWine and FERC to follow OEPA’s lead in ensuring that the people of Ohio are protected by this irresponsible, rogue company. The Sierra Club remains ready to support OEPA in state and federal legal battles, if necessary.”