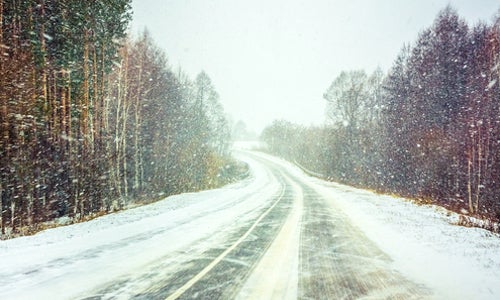 As winter sets in across the northern U.S., the road salt that keeps people out of ditches is flowing into rivers at levels that could harm fish and other creatures.

With billions of pounds of salt spread on U.S. roads every year, waterways in the nation’s wintry cities are getting saltier. And, according to new research, the salt—or sodium chloride—in rivers remains toxic not just in winter, but throughout two-thirds of the year. 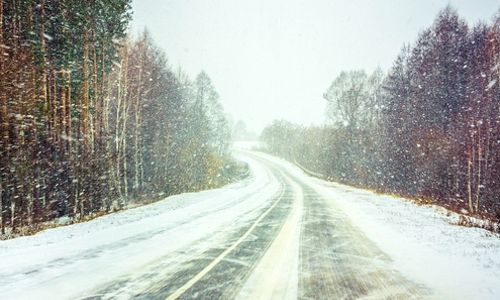 Road salt runoff can cause developmental abnormalities and deformities in wildlife as well as leach into groundwater, contaminating drinking water supplies.

In icy Wisconsin, where salt is liberally dumped on roads, the Menomonee and the Kinnickinnic have chloride levels in late winter and early spring 10 to 15 times higher than a federal level set to protect fish, amphibians and tiny crustaceans. Toxic concentrations also have been found in rivers, streams and lakes in New York, Maryland, Minnesota, Missouri and several other states.

“It’s likely that many of the organisms in rivers that are sensitive to chloride are simply no longer there,” said Steve Corsi, a research hydrologist with the U.S. Geological Survey (USGS).

Seven of 20 U.S. rivers—four in Wisconsin, one in Ohio and two in Illinois—have average chloride levels that approach or exceed the U.S. Environmental Protection Agency’s guideline for protecting aquatic life, according to the USGS study, which is not yet published.  All seven rivers exceeded it on more days in 2006 than in 1991.

The salt stays in rivers and groundwater for years after it’s tossed on roads, said Sujay Kaushal, an associate professor at the University of Maryland who studies road salt in Northeast U.S. streams.

In addition to posing a threat to wildlife, the salt can leach into groundwater, contaminating drinking water supplies.“Even if they quit applying salt now, it would take decades for it to be removed from the system,” Kaushal said.

Yet road salt is considered a necessity in northern states. It is the most efficient and economical way to keep people safe in the winter, said Morton Satin, a vice president at the Salt Institute, a non-profit trade association that advocates for salt.

“We have chosen to live in a northern climate, where we want the same safety in the winter that we have in the summer,” Satin said. “Amazon has to deliver the same packages even when the roads are bad.”

More than 116,000 people in the U.S. are injured and more than 1,300 killed on snowy or icy pavement each year, according to the U.S. Department of Transportation. Road salt reduces snow-induced crashes by about 88 percent, says a Marquette University study.

Salt lowers the freezing point of water, preventing ice and snow from sticking to roads. In addition, cyanide compounds, which also can be toxic, are often added to road salt to prevent it from caking.

The volumes used on U.S. roads have increased each decade since the 1940s. About 617 million pounds were sold per year in the 1940s, and now roughly 35 billion pounds per year.

Some cities, including Madison and Milwaukee, have experimented with beet juice, sand and other “greener” ways to keep ice off roads. But most deicers still contain some chloride, Corsi said. “You may not need to apply as much of them, but they’re way more expensive.”

In Minnesota, the salinity of 39 lakes has mirrored the upward trend of the state’s purchase of road salt. If this trend continues, salinity will double in these lakes in about 50 years, according to University of Minnesota scientists. 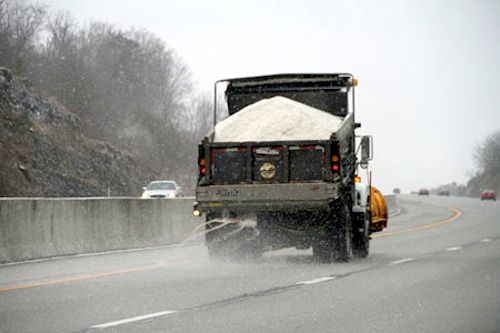 The volume of salt used to de-ice roads has raised exponentially since the 1940s, to roughly 35 billion pounds per year. Photo credit: Phil Romans /Flickr

In the new USGS research, the rivers were saltiest in the late winter. But the Menomonee and the Kinnickinnic had high concentrations in the summer, too, Corsi said.

“Chloride is very soluble and it’s easy for it to infiltrate the groundwater, the source of the river flow,” said Corsi, who was lead author of the study.

The new findings build on previous USGS research that found that more than half of sites tested in 13 U.S. cities exceeded the EPA’s chloride guideline of 230 parts per million, according to a 2010 USGS study. That guideline is based on chronic exposure levels that reduced the survival of water fleas, rainbow trout and fathead minnows.

Streams tested in Maryland, New York and New Hampshire were “well beyond” the toxicity guideline, Kaushal said. In Missouri, an urban stream, Hinkson Creek, had high levels of chloride linked to reproductive and survival problems for water fleas.

Some of the creatures most sensitive to chloride are amphibians, which are declining worldwide from a variety of environmental threats.

“Road-side aquatic ecosystems in North America are annually polluted with millions of tons of road deicing salts, which threaten the survival of amphibians which live and breed in these habitats,” Utah State University researchers wrote in a study published earlier this year.

Wisconsin does not regulate road salt use, and the levels showing up in the state’s rivers are concerning, said Tim Asplund, a monitoring section chief with the Wisconsin Department of Natural Resources.

The state agency, which has been monitoring 42 river sites since the 1980, has found increasing chloride concentrations.

“There are other contributors to chloride concentrations … wastewater treatment facilities, industrial discharges,” Asplund said. “But it’s very likely due to road salt.”

Satin said the salt industry has long known its “biggest long-term problem would be chloride running off into water.”

There are ways to minimize the runoff impact, he said.

“We encourage people to only use the lowest amount they need,” Satin said. “Also, as a country we have not re-engineered our road system in 50 years, we need to take runoff into account in our road design.”

Kaushal agreed, saying that ensuring protection of wetlands and vegetation “provides some line of defense before things get into the river.”

“We need to ask ourselves if we should really be putting more highways, parking lots and houses right on top of rivers,” Kaushal said.