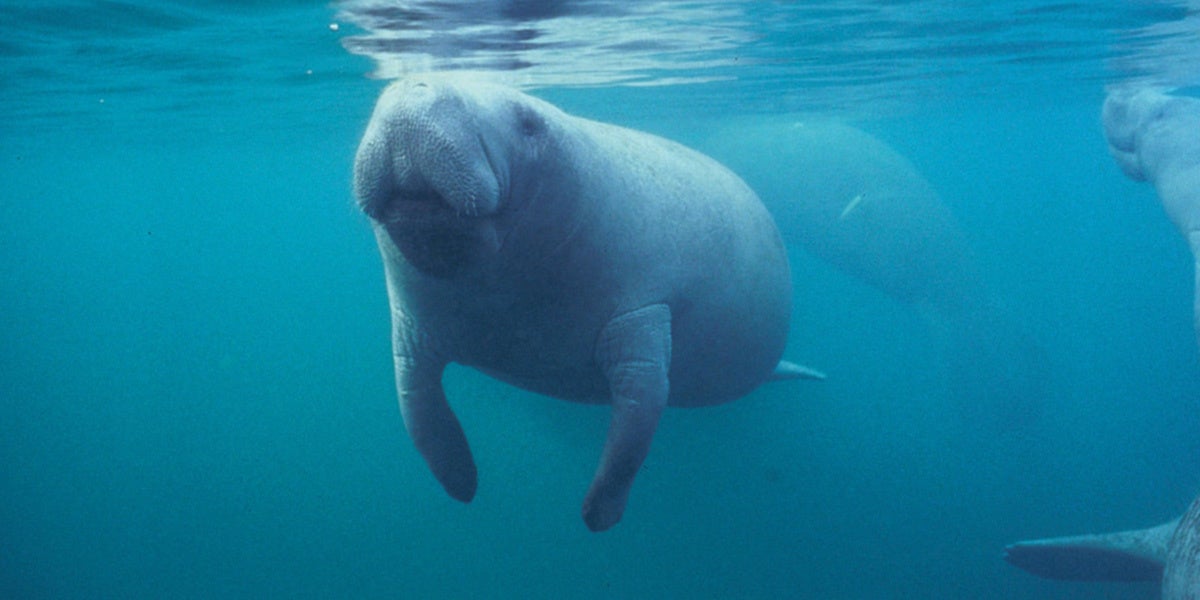 The Florida manatee is one of the animals currently listed as threatened under the Endangered Species Act. USFWS / Southeast

A week after House Republicans announced legislation intended to weaken the Endangered Species Act (ESA), the Trump administration joined the attack with a proposal environmentalists say would favor developers over vulnerable plant and animal species.

The Interior and Commerce departments, which house the U.S. Fish and Wildlife Service (FWS) and National Oceanic and Atmospheric Administration, the agencies in charge of administering the act, respectively, announced the proposal Thursday. Among other changes, it would eliminate a rule granting threatened species the same protections as endangered species and remove language telling officials not to consider the economic impacts when deciding to protect a species, The Washington Post reported.

“This is a fairly sweeping, across-the-board reduction in protections for all listed species,” director of government affairs for the Center for Biological Diversity Brett Hartl told The Huffington Post. “The goal is quite clear: to basically greenlight development.”

The proposed changes were not unexpected. A draft of a proposal striking the “blanket rule,” the rule granting threatened and endangered species the same protections, for all future listed species was obtained by the press in April.

Thursday’s announcement finalizes that draft. All currently threatened species will continue to be protected under the rule, but any new species will not and will have its protections determined on a case by case basis.

The proposal also strikes a requirement that government agencies consult scientists and wildlife officials before approving permits for potentially disruptive activities like gas and oil drilling, The Washington Post reported.

“Unfortunately, the sweeping changes being proposed by the Trump administration include provisions that would undercut the effectiveness of the ESA and put species at risk of extinction,” President and Chief Executive of Defenders of Wildlife Jamie Rappaport Clark told The Washington Post. “The signal being sent by the Trump administration is clear: Protecting America’s wildlife and wild lands is simply not on their agenda.”

The proposal’s proponents, meanwhile, said it was an attempt to cut back on government regulations, one of Trump’s priorities.

“Some of our regulations were promulgated back in 1986, and frankly a great deal has been learned,” Interior Deputy Secretary David Bernhardt told the press by phone, The Washington Post reported.

Principal Deputy Director of U.S. FWS Greg Sheehan meanwhile praised a change that would make requirements for listing and delisting a species the same.

“Keeping species on the list when they no longer face the threat of extinction can take valuable resources away from those species that do warrant protection under the act, and discourages the kind of state and private partnerships that are essential for the conservation of plants and wildlife that need our help,” Sheehan told The Huffington Post.

But conservation groups say the existing ESA, passed in 1973, is an example of effective government action. It saved species like the bald eagle and humpback whale and currently protects more than 1,600 plants and animals. Ninety-nine percent of listed species have survived extinction, The Huffington Post reported.

“If these regulations had been in place in the 1970s, the bald eagle and the gray whale would be extinct today,” Brett Hartl told The Washington Post.

Officials told The Washington Post that the proposed changes would be published on the Federal Register within days. After 60 days have passed from the publication date, the public can comment on the changes.