Could Rediscovery of Rare Owl Be a Hopeful Sign for Other ‘Lost Birds’? 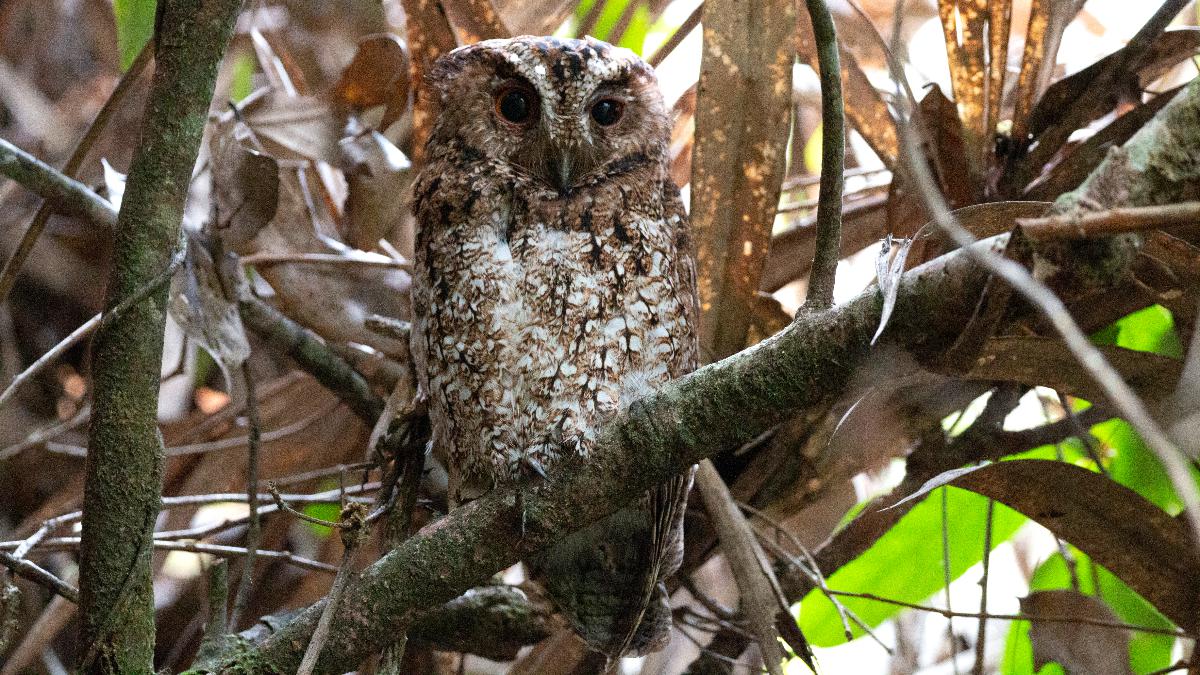 The first photograph of the Bornean Rajah scops owl in the wild. Smithsonian Migratory Bird Center

During a bird evolution study on the island of Borneo in May of 2016, a research team discovered an owl that hadn’t been seen in the wild since 1892. Quickly grabbing their cameras, the researchers captured the first-ever photos of the rare bird, identifying it as the rare Bornean subspecies of the Rajah scops owl, native to southeast Asia.

At the time of its re-discovery, the elusive owl was roosting just a meter above the ground. “It was a pretty rapid progression of emotions when I first saw the owl — absolute shock and excitement that we’d found this mythical bird, then pure anxiety that I had to document it as fast as I could,” Andy Boyce, an avian ecologist at the Smithsonian Migratory Bird Center, told the Smithsonian’s National Zoo & Conservation Biology Institute.

The island of Borneo, which is divided politically among Malaysia, Indonesia and Brunei, is a hotspot for biodiversity — home to orangutans, clouded leopards and pygmy elephants, according to the UN Environment Programme. It’s also home to the Otus brookii brookii, one of the two sub-species and “far more elusive” Rajah scops owls, according to the Global Wildlife Conservation. The other sub-species, Otus brookii solokensis, is found in Sumatra and is well documented.

Researchers were able to identify the owl based on its distinct characteristics, such as its orange irises, small ear tufts and speckled brown and black crown, the GWC reported. But to their surprise, the researchers found that the feather colors and patterns of the O. brookii brookii varied from its Sumatran counterpart, meaning that the two owls may actually be entirely different species.

If the owl is endemic to only Borneo and is its own species, conservation action is more likely, Boyce explained. But researchers haven’t been able to find the owl since and reckon its one-time sighting could mean its numbers are low in the wild.

“Unfortunately, we are only good at conserving what we know and what we name,” Boyce said, according to the Smithsonian’s National Zoo & Conservation Biology Institute. “Our sole sighting during this intensive study confirms this owl lives in mature montane forests, likely above or below the survey area… To protect this bird, we need a firm understanding of its habitat and ecology.”

Only half of Bornean forest cover remains today, the UN Environment Programme reported. As climate change, deforestation and expansion of palm oil continue to threaten the owl’s habitat, researchers, with almost no data of the owl’s vocalizations, distribution, breeding biology and population size, are running out of time to shine a light on the mysterious species.

Additional studies on the owl “could have important conservation implications,” yet its rarity makes these studies “impossible,” the researchers wrote in their findings, published last week in The Wilson Journal of Ornithology. Finding another individual or population is necessary to learn more about the Bornean Rajah scops owl and protect them from increasing climate-related threats.

John Mittermeier, director of threatened species outreach at the American Bird Conservancy, said the important thing about rediscovering lost birds “is the excitement and interest they generate,” according to the GWC. “The idea that there’s a mysterious species out there that no one can find at the moment should be a call to action for birdwatchers in the area, and it’s a way of getting people excited to search new areas and help make discoveries.”