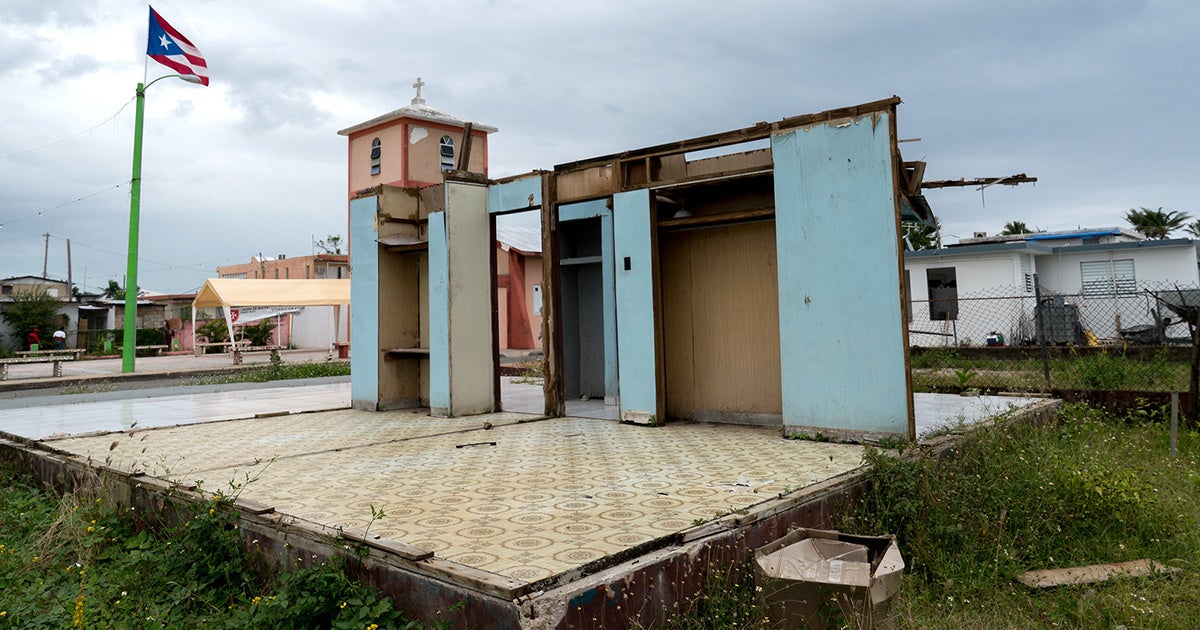 Remains of a house in the eastern part of Puerto Rico. Lorie Shaull / CC BY-SA 2.0

A group of Democratic Senators, led by Elizabeth Warren, are again pushing to have Puerto Rico’s debt forgiven in the wake of dual hurricanes that hit the island in 2017 — an announcement that came as activists from the U.S. territory were on Capitol Hill to find a solution to the island’s economic woes.

The United States Territorial Relief Act of 2019, as Warren’s bill is known, would offer comprehensive debt relief to the American territory. Warren was joined by fellow Sens. Kirsten Gillibrand (D-N.Y.), Kamala Harris (D-Calif.), Edward Markey (D-Mass.) and Bernie Sanders (I-Vt.). All but Markey, Warren included, are running for the Democratic nomination for president.

“Our bill gives Puerto Rico and other struggling territories a route to comprehensive debt relief and a chance to recover with dignity,” Warren said in a statement. “It’s time for Congress to pass this bill.”

If passed, according to an overview provided by Warren’s office, the legislation would forgive the island’s debt, establish a fund for those who suffer losses from the debt cancellation, and create an auditing commission on the genesis of the debt and how the crisis got so out of control.

The House version of the legislation is being introduced in the lower chamber by Rep. Nydia Velázquez (D-N.Y.).

The same cohort of senators and Velázquez introduced the legislation in 2018. It was ultimately unsuccessful.

Puerto Rico’s debt issues are nothing new, as Common Dreams has reported — but things have gotten worse since the 2017 hurricanes and the only legislation in place is outdated and insufficient to address the current problems.

A 2016 bill addressing Puerto Rican debt, the Puerto Rico Oversight, Management, and Economic Stability Act (PROMESA), was signed into law by former President Barack Obama before the storms hit. PROMESA came in for criticism from Sanders, and others, even before the current crisis.

“Over the past several years, Puerto Rico has been living with an economic noose around its neck due to its crippling debt crisis and the devastation created by Hurricane Maria,” said the Hispanic Foundation’s president José Calderón in a statement supporting Warren’s bill.

Puerto Rican activists confronted members of the island’s Financial Oversight and Management Board (FOMB) about the predatory practices encouraged by PROMESA on Thursday. They were successful in convincing FOMB to take legal action against banks that profited off of Puerto Rican debt illegally.

Jesus Gonzalez, an organizer with the Center For Popular Democracy, pointed out in a statement that tougher action on predatory creditors would not have happened without “Puerto Rican families on the island and of the diaspora who have fought tirelessly for a just recovery,” he said more still needed to be done.

“While the FOMB has decided to pursue legal action,” Gonzalez said, “there is much information we still need to analyze to ensure that proper action is taken against every single person who profited from the illegal debt.”

Sanders, in a statement, took aim at the banks and hedge funds that used the debt to make billions of dollars.

“Greedy Wall Street vulture funds must not be allowed to reap huge profits off the suffering and misery of the Puerto Rican people for a second longer,” said Sanders.

The debt also created an impossible situation for Puerto Ricans struggling to recover after Hurricanes Irma and Maria in 2017, said Hispanic Foundation’s Calderón.

“Over the past several years, Puerto Rico has been living with an economic noose around its neck due to its crippling debt crisis and the devastation created by Hurricane Maria,” Calderón said. “The island government simply does not have the means to pay off its debt and prioritize the well-being of its people.”

Warren echoed Calderón’s callback to the difficulties faced by Puerto Ricans in their long pursuit of financial justice.

“Puerto Rican families were watching debt crush their futures long before Hurricane Maria hit,” said Warren, “and this administration has failed in its response.”