Pruitt and Aides Rack Up $90,000 in Taxpayer-Funded Travel in June Alone 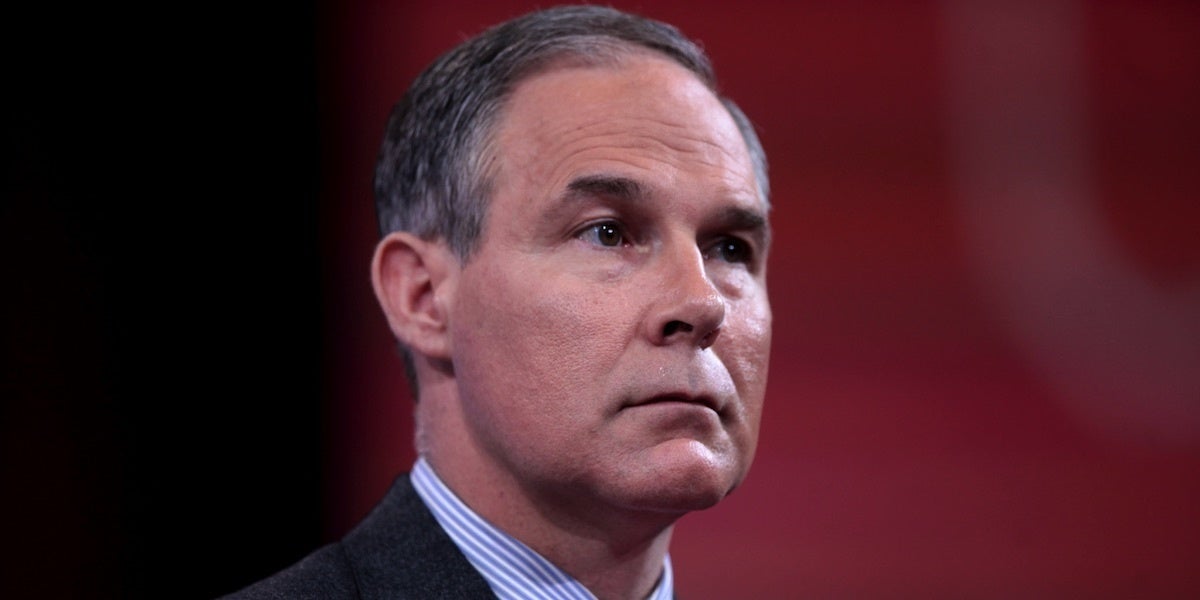 U.S. Environmental Protection Agency (EPA) Administrator Scott Pruitt has spent tens of thousands of taxpayer dollars on first or business class flights while his aides generally fly coach, according to the Washington Post. Pruitt has also used military jets to travel back and forth to events.

During a two-week stretch in June—around the same time President Trump announced that the U.S. is withdrawing from the Paris climate agreement—the EPA boss and his top aides racked up at least $90,000 in taxpayer-funded travel to help tout Trump’s agenda, the newspaper reported, citing EPA receipts obtained by the Environmental Integrity Project through Freedom of Information Act requests.

One of Pruitt’s short domestic trips from Washington, DC to New York was booked first class for $1,600—six times the amount spent on the two media aides who came along and sat in coach. Another $36,000 was spent on a military flight from Cincinnati to New York.

Previous EPA administrators usually refrained from such premium bookings. The Hill pointed out that federal regulations call for government travelers to “consider the least expensive class of travel that meets their needs” but can use first class for security or medical reasons.

EPA spokeswoman Liz Bowman told the Post that all of Pruitt’s travel expenses were approved by federal ethics officials.

“He’s communicating the message about his agenda and the president’s agenda,” she said.

This is not the first time that Pruitt’s taxpayer spending tab has been under scrutiny. Earlier reports found that the EPA head has spent more than $58,000 on private and military flights. Salaries for his infamous 24/7 security detail will cost at least $2 million per year. And let’s not forget the $25,000 of taxpayer money spent on a phone booth.

Tom Price, the health and human services secretary, resigned amid fierce criticism in September after POLITICO revealed that his use of military flights and private jets cost more than $1 million.