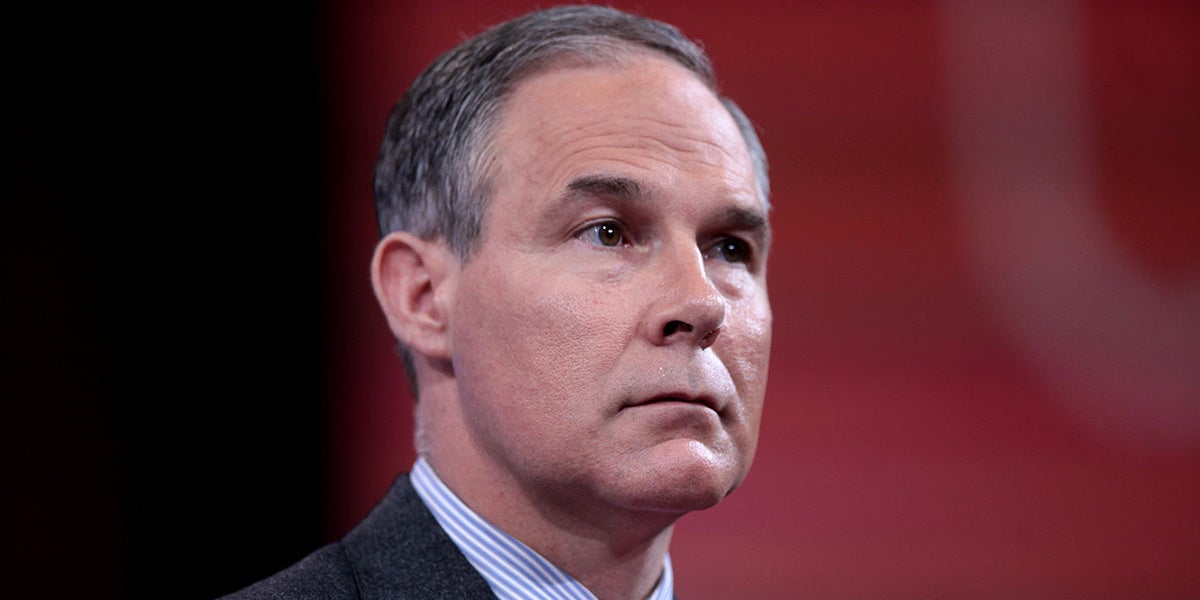 EDF obtained the emails from EPA in response to a Freedom of Information Act (FOIA) request. We have posted the files for easy public access.

The emails center on a website purge at EPA in April 2017. Along with webpages about climate change and climate science, the purge removed the webpage about the Clean Power Plan—the most significant action that the U.S. has ever taken to address climate change, and one that Pruitt is now attempting to repeal.

The website purge undermined access to information about the Clean Power Plan’s immense benefits for climate and public health, as well as supporting materials about the rule’s legal and technical underpinnings. The public comment period for Pruitt’s proposal to repeal the Clean Power Plan is ongoing.

“The disappearance of these key web pages makes it harder for the public to access vital information about climate change and public health, including information about the Clean Power Plan,” said EDF attorney Ben Levitan. “Obscuring information thwarts meaningful public participation in EPA’s work to protect Americans’ health and safety. It reinforces serious concerns that Pruitt has predetermined that he will repeal the Clean Power Plan, and that the current rulemaking process is a sham.”

The newly released emails indicate that Pruitt was personally engaged in the website changes.

In early April 2017, Lincoln Ferguson, a senior adviser to Pruitt, asked in an email:

“How close are we to launching this on the website? The Administrator would like it to go up ASAP. He also has several other changes that need to take place.” (File 2, p. 23)

Freire was emphatic that all Clean Power Plan references should link to the new page about Trump’s executive order. In a discussion about the new page, he wrote:

The emails also suggest EPA staff were directed to manipulate search results. Website visitors searching for information about the Clean Power Plan would be diverted to the page promoting Trump’s executive order—instead of what they were actually looking for.

In one conversation, an EPA staff member stated, “I’ve been asked about search results for the term ‘Clean Power Plan.'” A colleague responded:

“We can make the Energy Independence homepage a ‘Best Bet’ and thus the first result for Clean Power Plan for our EPA Search engine if you request it.” (File 1, p. 84)

A separate conversation among EPA staff demonstrated just how determined J.P. Freire was to undermine access to the Clean Power Plan webpage.

An EPA staff member recounted a discussion with a colleague about Clean Power Plan search results:

The changes are particularly harmful considering the ongoing public comment period on Pruitt’s proposed repeal of the Clean Power Plan. The website purge has obscured the public’s access to information about the rule’s purpose and its tremendous benefits for public health and climate security, impeding commenters’ ability to consider and incorporate this important information. The selective restriction of information availability further increases concerns about Pruitt’s objectivity when determining the fate of the Clean Power Plan.

The removed webpages are still accessible through various EPA archives, but the archives are a poor substitute. They do not appear in a search of the EPA website. They are harder to find with certain search engines, including Google. And they are no longer being updated, which is especially problematic for cutting-edge pages like EPA’s overview of climate science.

The website purge fits Pruitt’s troubling pattern of ruling EPA under a cloak of secrecy, which is no way to run an agency entrusted with protecting the public health and environment. As part of EDF’s commitment to shining a light on EPA actions, we are making these records easily available to the public. Members of the public may contact EDF with any observations after viewing the records.